Looking at this set, I would say that Legends of Chima will definitely hit summer with full strength. The New Cragger’s Fire Striker is an awesome Chima’s vehicle with a reasonable size and plenty of powerful weapons that will also include three mini-figures from three distinct tribes: Vornon from the eagles, Stealthor from the wolfs, and, of course Cragger from the crocs.

With a structure built mostly with red technic pieces (the use of these bricks is absolutely a tendency), the fire Striker has at the front, as usual, the respective tribe’ muzzle which once again is nicely represented with a big mouth, a couple of big red eyes at the back and lots of white sharp teeth. 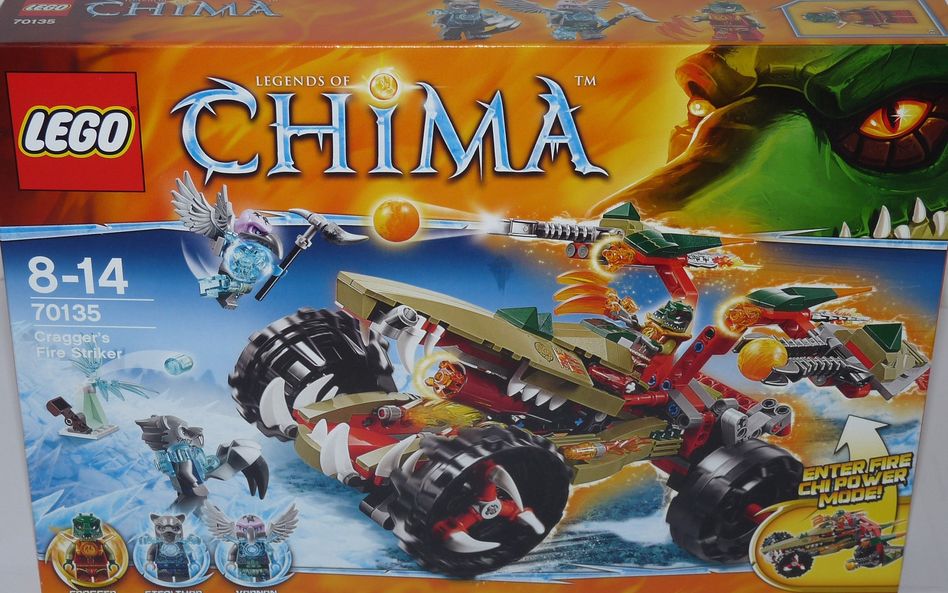 The black wheels are quite big and have each one a sharp trident, ready to rip any obstacle or enemy that laterally approaches. Once again the technic pieces give their contribute, not only by supporting the four tridents but also by attaching the wheel to the vehicle’s chassis.

Now comes the best part that is surely the bunch of different weapons that makes this car a really true striker. Starting by the front, the nose, which opens once again with the help of a tehcnic mechanism, hides a sort of big orange ray that will certainly keep away the flying Vornon. 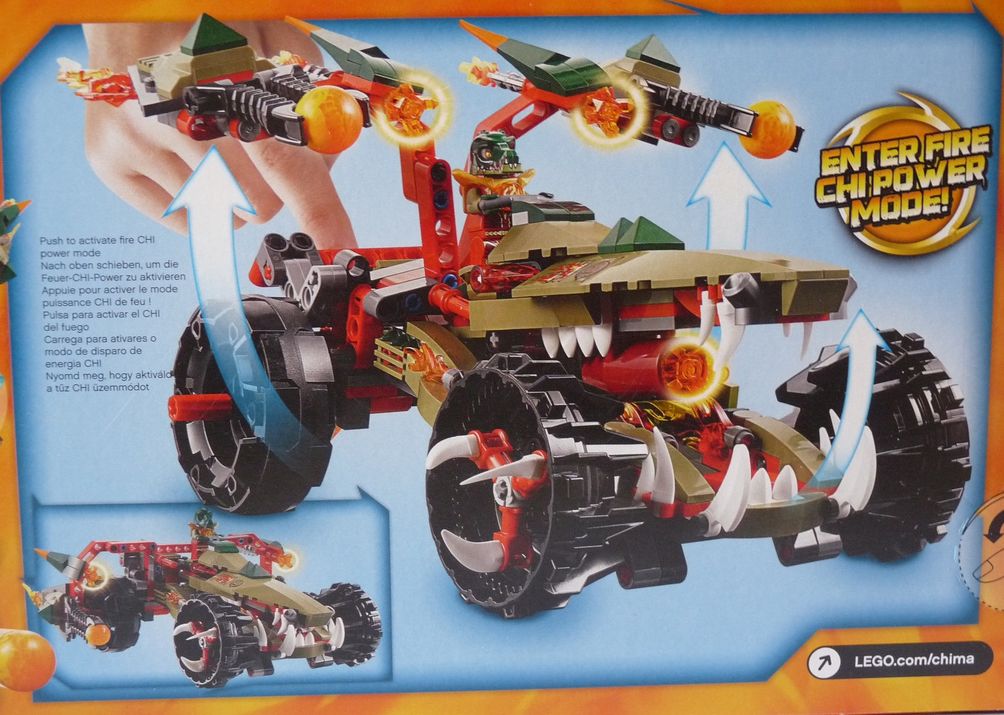 At the back, just behind the cockpit that is placed on top, there is what Lego calls the Fire Chi Power mode. It consists on a technic structure with two long arms filled with two powerful cannons, each one with an orange ball, which can assume two different positions: in the attack mode, the arms are raised and the ball can be easily shot against the enemy. In a sort of “resting or drive” mode, the structure is down, just over the rear wheels. All this can be controlled and triggered just by pushing a small knob at the back.

Besides the huge vehicle, the set also features a small island with a small platform that looks pretty nice but at the same time quite comic, because it won’t even make tickles to the much bigger fire striker. Finally the three mini-figures are once again amazing and a really nice addition for the collection. There’s no information yet, about the price or number of pieces but looking at it, I would say that it won’t be far, respectively from the three hundred and the correspondent thirty dollars. Enjoy the pics!