The Rogon’s Rock Flinger is one of the new Legends of Chima’s set that will be on stores in the beginning of 2014. Its true dimension in terms of piece’s quantity is nor certain yet but looking at the vehicle I guess that we might count with a few hundreds. The set features a new rhino tribe with a huge vehicle and three new mini-figures: Rogon, Rinona (a couple of new Rhinos) and Sparacon.

At a glance the first impression that I take from the pictures is that we’re in presence of a sturdy vehicle, filled with nice stuff to play with. The machine’s front, just like many other Chima’s vehicles, recreates the rhino’s muzzle with a couple of horns though this time it’s not so visible like in other sets. 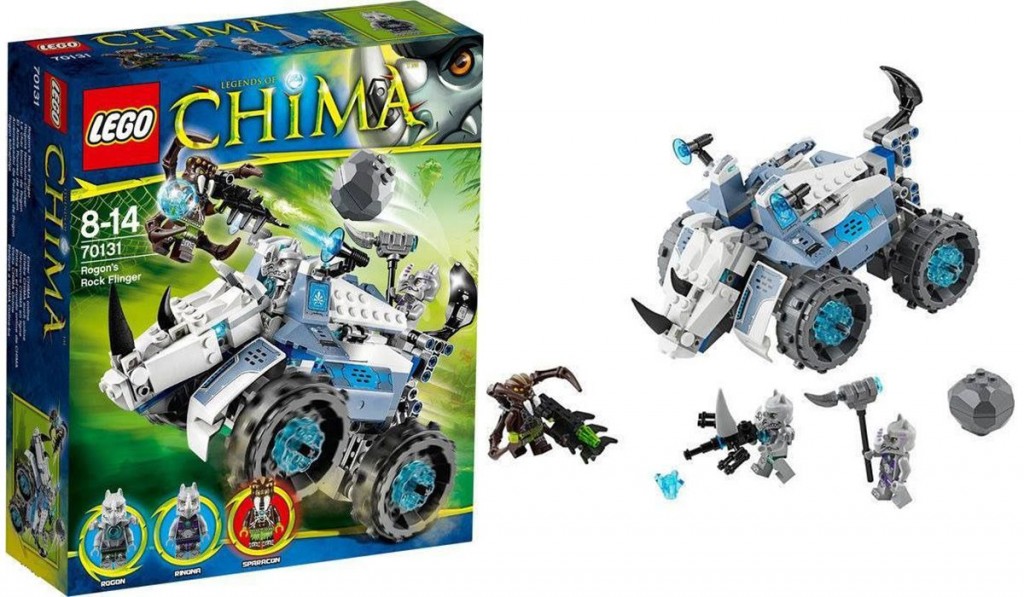 With big dimensions (it is considerably large and tall), mostly thanks to its large wheels, its structure is built up on technic pieces, from which the most visible part is the tail, at the back, that gladly has an interesting feature which is throwing a big rock (the same that we can find for instance in many city mine sets…) over the vehicle in an attempt of hitting Sparacon. 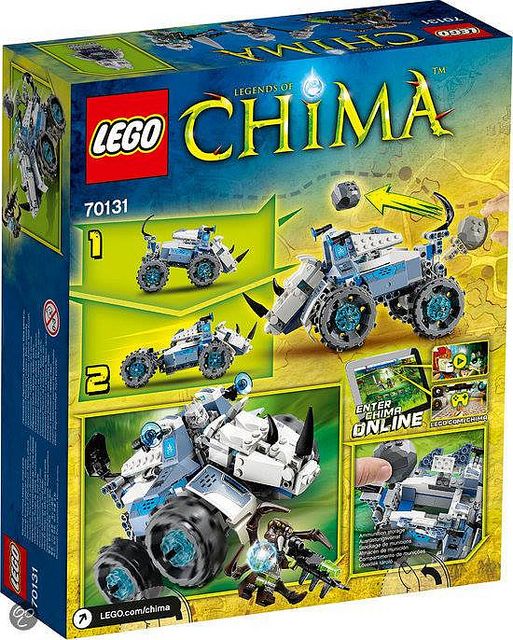 On the top, there is a nice command place, just next to the rhino’s head and through the set box it is also possible to see that Rinona has also a standing place for at the back. The Chi, a blue magic Chima Source Power is present not only in the big wheels but also in the couple of lasers placed on top of the structure, just behind the command seat. 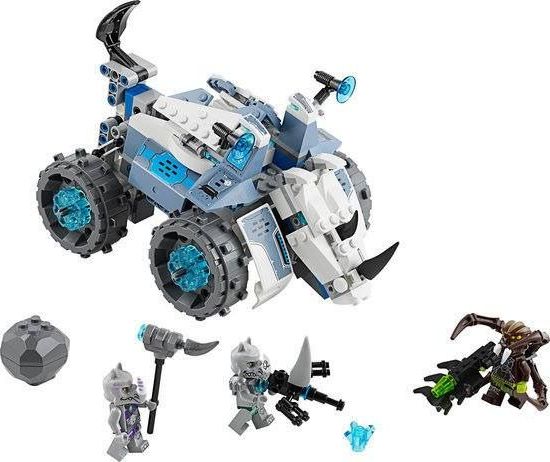 Through what we can see through the pictures there are also at least a couple of interesting features. The first one is the possibility of the suspension assume two different positions: one, standard, is where the rear axle is raised towards the front one (the car itself is higher in this mode) and the second is where both axes get lowered and the tail gets into the structure, giving the vehicle a completely different look.

The second feature, also quite useful, is the hidden compartment in the middle that allows storing the big rock every time the vehicle is in movement. Having a look at the mini-figures the Rhinos are really excellent with nice printed details and real rhino’s heads. Finally Sparacon with a brown body has also four big claws and a huge black gun that will allow him to fight back the Rhinos. 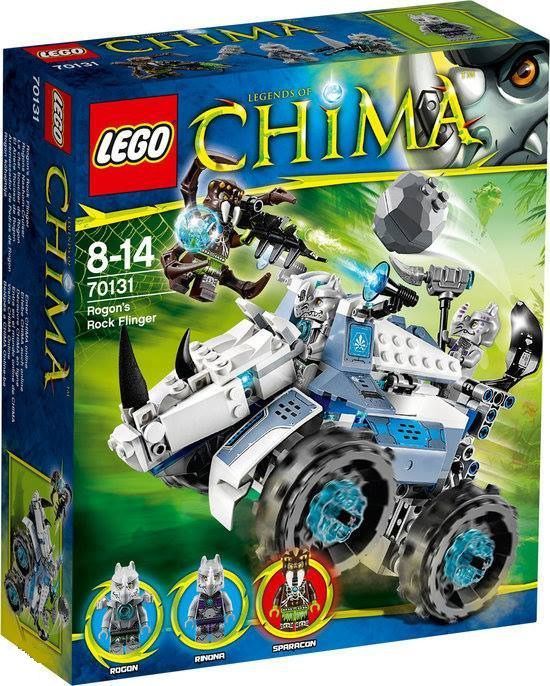 Overall, it seems a great set for the Chima’s collection. The vehicle is huge with some great details such as the suspension, the wheels, or even the tail that throws the big rock, and the three new mini-figures which for now are exclusive of the set seem also a nice addition to the several Chima’s tribes. Unfortunately the price is not known but looking at its size it won’t be cheap. Please enjoy the pictures.