The Chi Battles is a Legends of Chima Speedorz set with ninety two pieces that includes two speedorz (yellow and red, ), two mini-figures (Longtooth from the Lion tribe and Wakz from the wolfs) and a bunch of accessories to play with such as the Chima’s cards, four cones , a couple of rip cords and twelve blue Chi pieces among others.

The Set, as well as the other speedorz, is not only a building set but it has also a gaming component, allowing that two players to enjoy a couple of games. The two speeders run through a speeding mechanism, triggered by the rip cord, very similar to the beyblades for instance, and reach a very interesting velocity and distance. 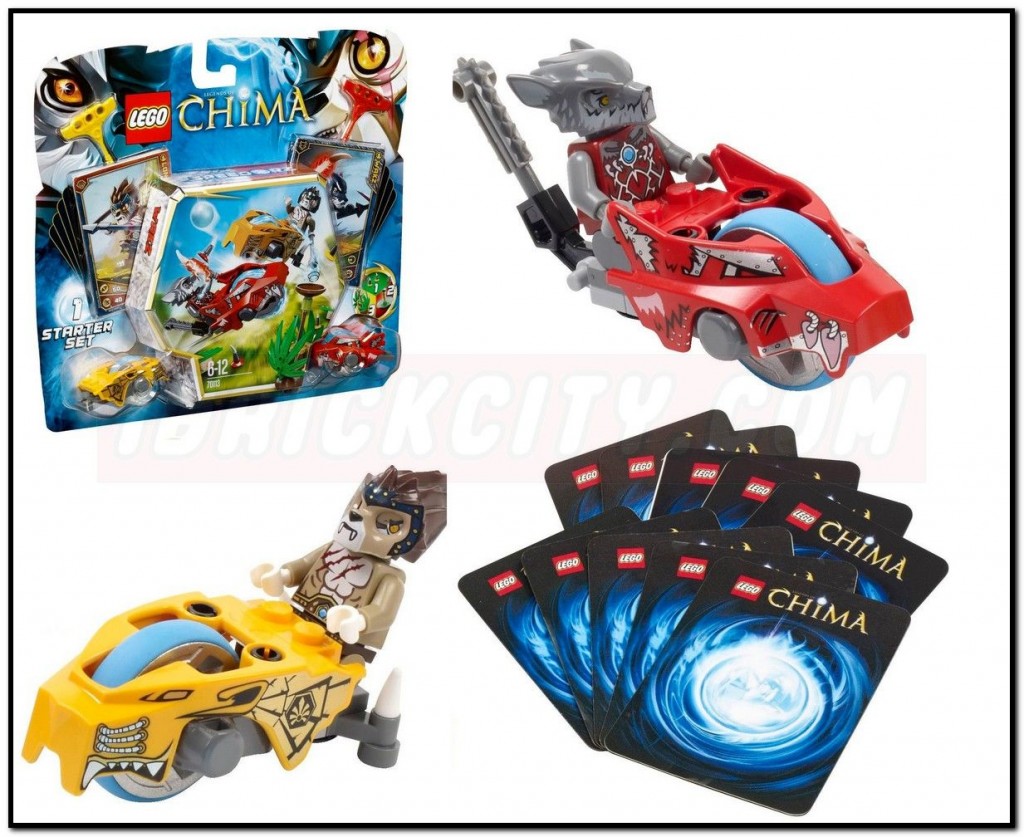 However, they are quite different in terms of design,

if we take a close look, there are several details such as its design, its printings (there are no stickers in here, everything is printed!!) and even the back accessories, that are different from each other.

In terms of playing the idea is, with the speedorz (using the green ramps or not…), hit the big tree and get the blue Chi orb that is on top. One other option is to make a sort of bowling tournament and overthrow the four cones with the speedorz. The more you hit the more chi pieces you collect. Besides that there are also ten chima’s cards that honestly I didn’t investigate yet which are its rules but they surely look a good complement for the other possible games. 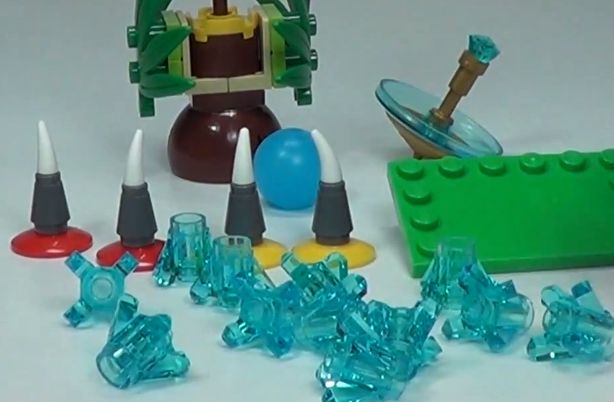 The two mini-figures are known Chima’s characters, rather well accurate with a bunch of nice printed details and two excellent masks. They are surely a great addition to a collection. Finally and talking about the price, this set is a little more expensive than the others, it costs around twenty dollars but has the advantage of bringing an additional speedorz which in terms of playability is surely nicer, comparing with the others.