Here is one of the biggest Legend of Chima sets that will be release in the Lego’s summer wave. The Croc Swamp Hideout will have six hundred and forty seven pieces that will allow building the Croc headquarters, a swamp hovercraft for the lions and five great mini-figures that will be Cragger, Crug and Crominus from the Crocodiles tribe and Leonidas and Lennox from the Lions.

Having a look at the super detailed set box image, which I must say I never get tired of watching, we can see that the Crocs have messed once again and kidnapped Leonidas. The idea is obviously to save him, with the help of Lennox, from the crocs and release him from the suspended jail. 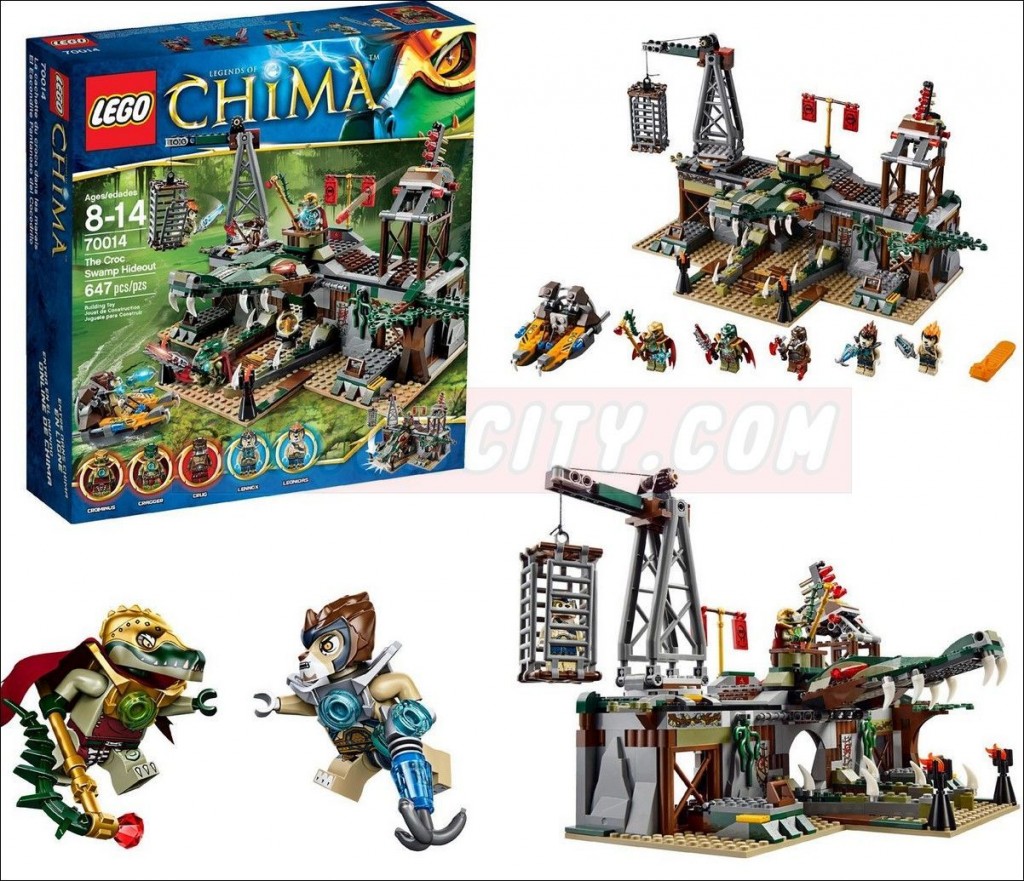 Gladly, this is the second tribe to have a nice and big headquarters after the Lions, with the already known Lion chi Temple (70010). And at the first glance I would say that the crocks were pretty lucky because this Swamp fortress is simply awesome. I can’t even imagine what will be the final look of the Cragger’s command ship (70006) side by side with this one.

Built over big light brown planes, the Swamp Hideout is, just like the chi Temple, completely symmetric. The majestic central Square is nothing more than big crocodile head where the long nose, the big mouth, and even the red eyes are clearly identified. The jaws seem to open and close, hiding a central pedestal with a precious energy stone, different from the Chi. 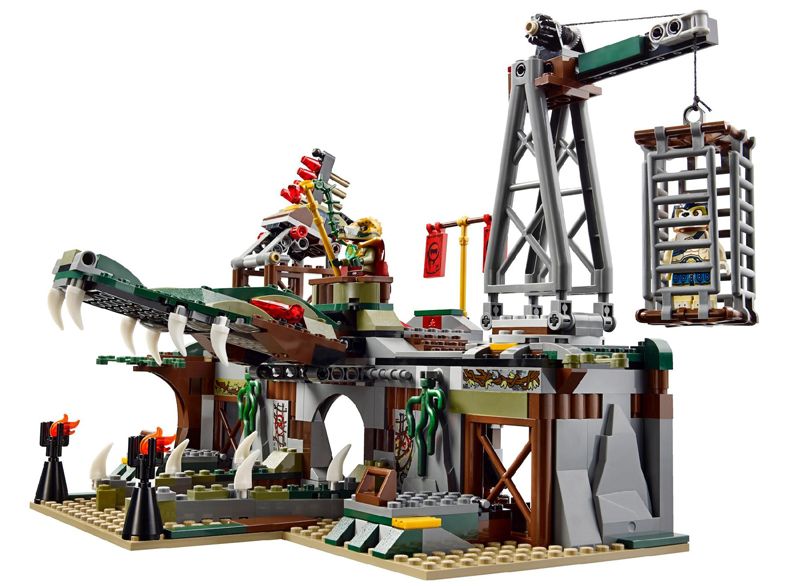 The ground level has a bunch of different stickers, some vegetation, a tree at one of the corners and on both edges two small platforms that are some sort of dock not only for the Lion’s boat but most of all to another croc’s or Chima’s vehicles, specially the smaller ones.

The structure is mostly built with grey and brown pieces, suggesting all the rocks and the wood that the hideout is made off. In the top there are three different areas. In the middle there is clearly a throne for Cragger, slightly raised from the rest, with ladders on both sides. Finally, on the edges there are two interesting features: a missile launcher and a jail. 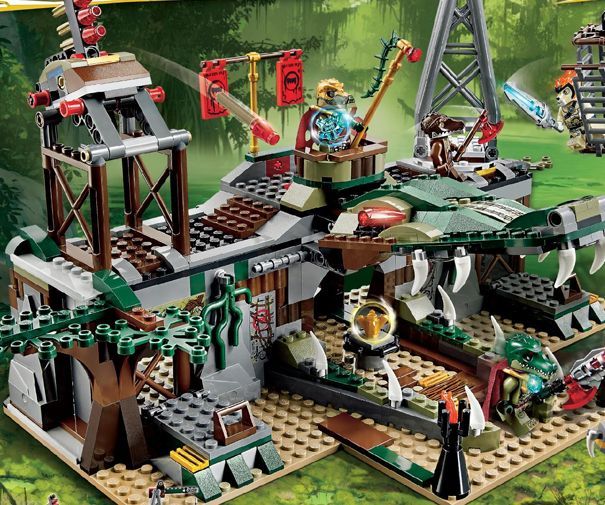 The jail is part of a structure that has a considerable crane that holds the small prison. It is surely very interesting and looks rather sturdy. Built most of all with technic pieces it can easily raise or lower the lightweight prison. This one couldn’t be easier to build because it is made with the usual ladder bricks that we commonly see in trucks or emergency ladders. 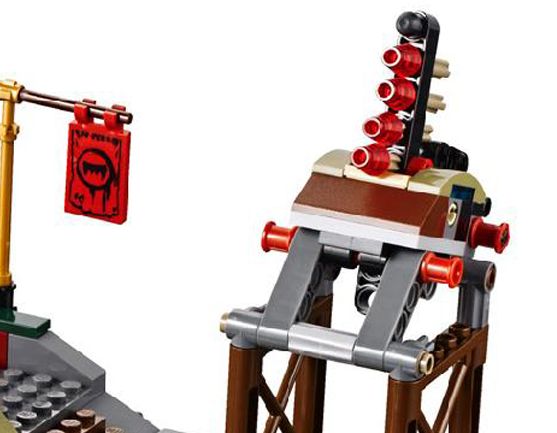 On the opposite corner, there is a powerful missile launcher. Built over a structure, that, just like the crane, uses technic pieces, this launcher has all the look of being semi-automatic just like for instance the one that is mounted on the Ninjago’s Warrior Bike. The missiles are easily placed in the rack and all you have to do is trigger the launcher.

Having a look at the mini-figures, and I suspect that I’ve mentioned it before, the Chima’s mini-figures are surely one the most detailed characters of Lego. The printed bodies, the masks and even those colored weapons are definitely very nice. Finally a word for the lion’s hovercraft that is quite simple but nicely detailed, with a couple of flick fire missiles, a seat with handlers for the Lion and two small teeth at the front!

Globally the crocs can’t complain about their new headquarters. It is big, amazingly detailed, the big crocs head is really impressive and the semi automatic flick fire missile is really a good machine to fight back the Lions. If we think that the Command ship costs around the eighty bucks, I would say that this one will go something around the ninety or perhaps a little more. Meanwhile, enjoy the gallery: