The Worriz’s Combat Lair is a terrific legend Of Chima’s set with six hundred and sixty four pieces that will soon be available on retail. It contains six great mini-figures (Worriz, Wakz, Windra and Wilhurt from the Wolf tribe, Eris from the eagles and Grizzamt from the gorillas) and the big wolf tank, which gladly can be transformed into five different models.

When totally joined, the entire model is definitely very fearful. With a big wolf’s head shapes at the front (the ears, mouth, eyes and even the front teeth are easily recognized…), the vehicle has also six big wheels which allow it to surpass every kind of obstacles.

If you take a detailed look at the pictures you’ll easy find that, in terms of building, most of the structure is made with long technic pieces as well as the supporting mechanism that allows raising the front part where the cockpit is installed. Actually the cockpit is more like a sort of throne because it has no kind of handlers.

Made mostly with grey and dark red shades, the Worriz’s Combat Lair has the capability to split in five different models, despite in my opinion and according to the pictures only four can be considered as vehicles. Just at the front of the vehicles, a couple of small tricycles (its structure couldn’t be simpler) jumps of the vehicle (as well as the long teeth) and allows Wilhurt to ride against the enemy. 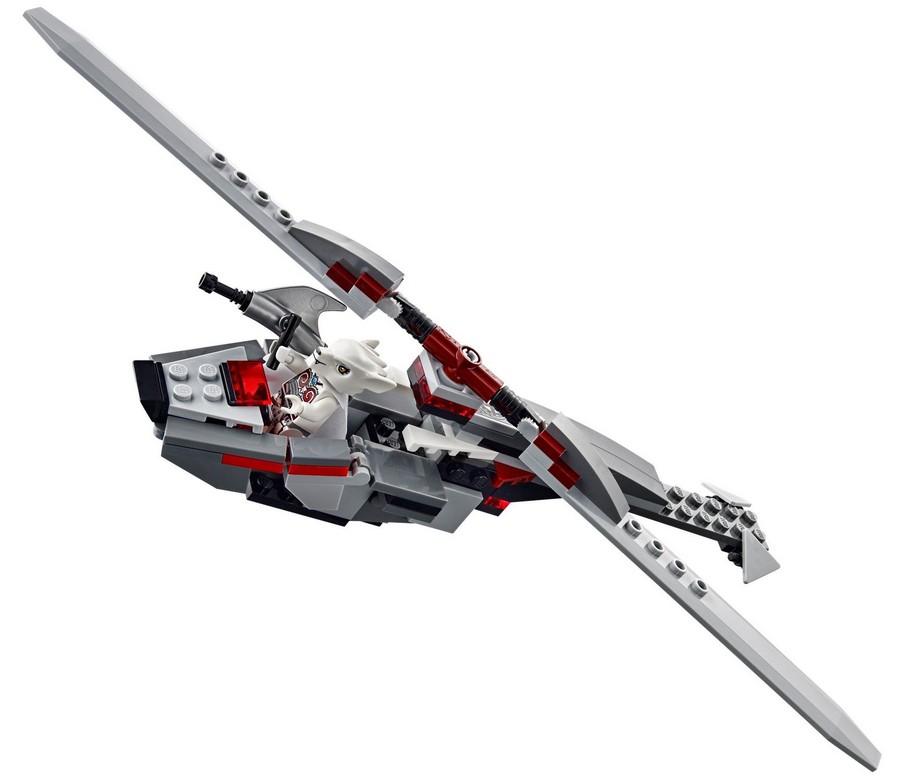 On the other hand, on the Top of the tank, a nice helicopter waits for Windra or anyone of their friends. It has a quite long propeller (longer than its length) and a nice piloting position with what it looks some small handlers. Through the pictures we can see that there are a few unusual pieces on it, namely at the back and also just behind the cockpit.

The third detachable vehicle is the front part of the tank namely until the two first wheel axes. The Lion’s head remains its structure, and behind it remains a sort of naked structure that was filled by the small Heli. On both sides there is a sort of compartment where the small tools or accessories (for instance the small Chi bricks) can be stored. 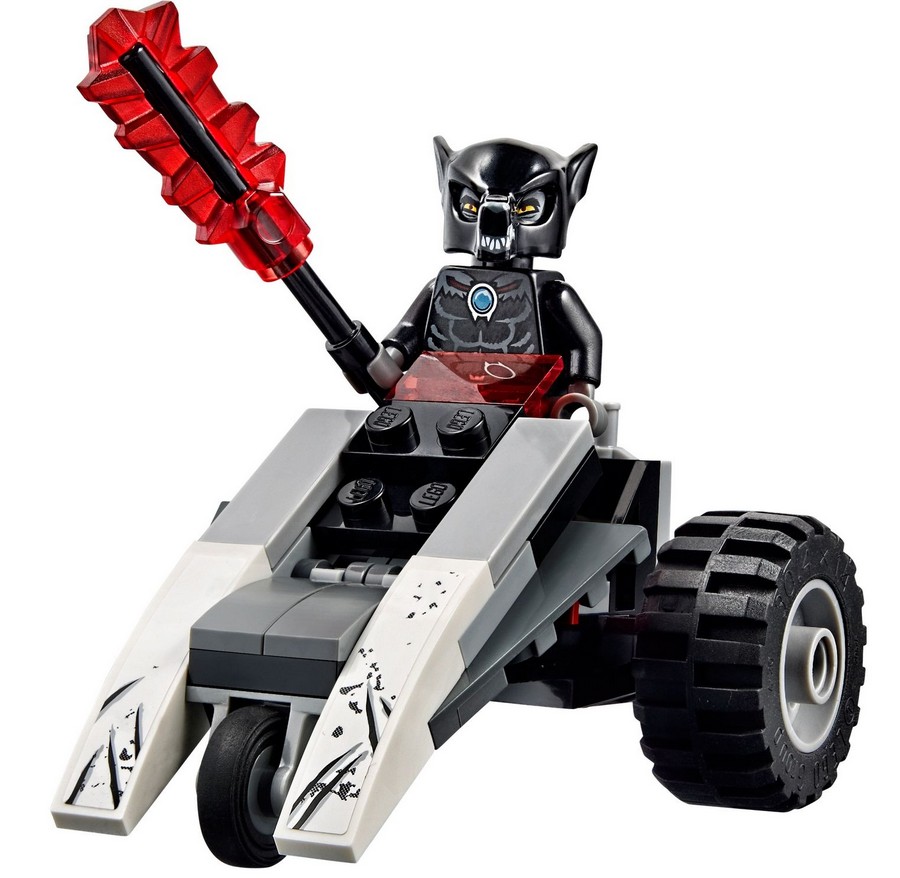 Finally there are other two blocks which in my opinion are not so interesting as a vehicles, however one of them looks quite funny because it makes me remember a sort of segway which definitely strange among the world of Chima. Being available on retail in the next months, it will have a retail price around the seventy dollars. Meanwhile have a look at the gallery: