Here is another Mech in the Summer Wave of sets. The Legend of Chima’s Gorzan Gorilla Striker is a big set with more than five hundred pieces which is not surprising according that, as you can see through the pictures, we’re talking about a big, fat and tall mech. But what is more incredible is that excluding the new Eglor’s Twin bike this is the smallest of the regular sets of Chima’s releases in this summer.

With exactly five hundred and five pieces, the set brings, besides the multicolor mech, a small platform with what it looks a catapult, a small flying object, and four mini-figures of two tribes, three of them completely new: Gorzan, G’Loona and Grumlo from the Gorilas and Rizzo from the cravens.

The set seems to recreate a dishonest (or not…) battle between the Gorilla striker, which belongs to Gorzan, and its two friends against the Craven in its small ship. Only by looking at it, it’s impossible not to think that it will easily smash Rizzo with those big hands that have fingers that remind torpedoes! 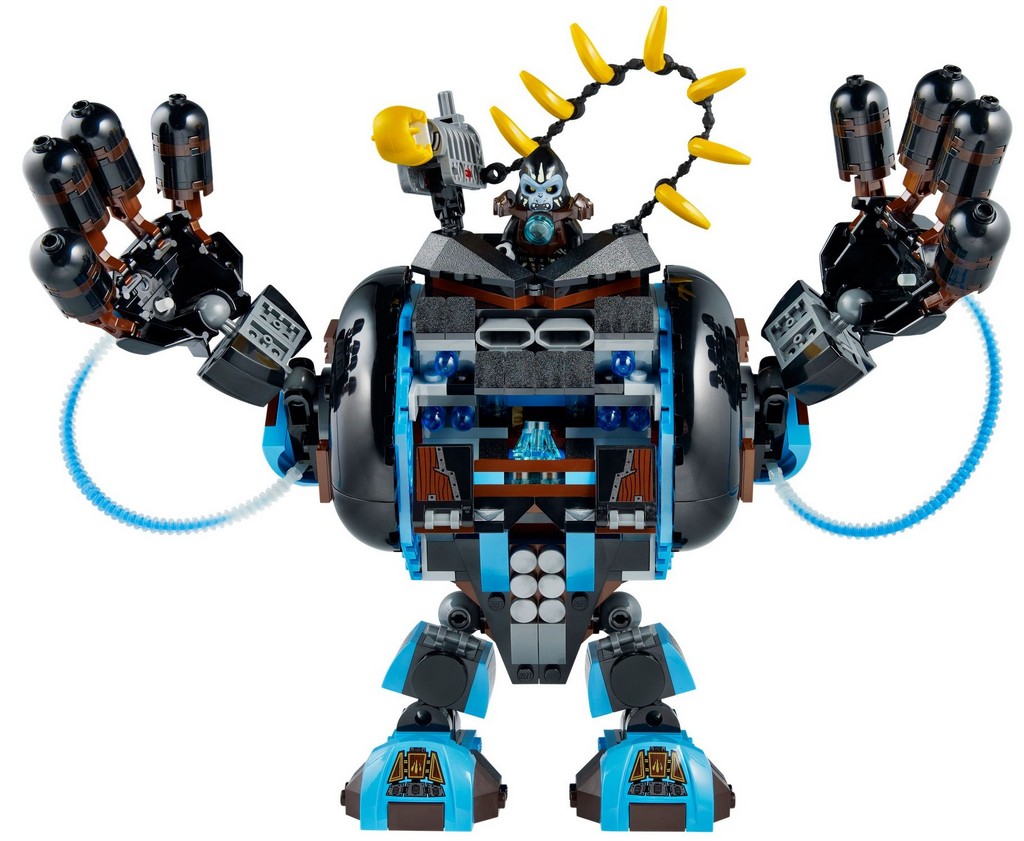 The big Mech, powered by the chi, the source of Chima’s energy, that we can easily identify, through the small blue pieces at the front but also with the two blue connection in the arms, has a big trunk (if we exclude the arms it is around twenty studs wide…), nicely detailed at the front, with a bunch of small multicolored pieces.

At the same time it has several mechanisms that will allow attaching the legs and the arms and give them the appropriate flexibility and balance. In the top, the mech’s controls have also at their side, a big rocker launcher, extremely power that is easily triggered through the back with a small knob. 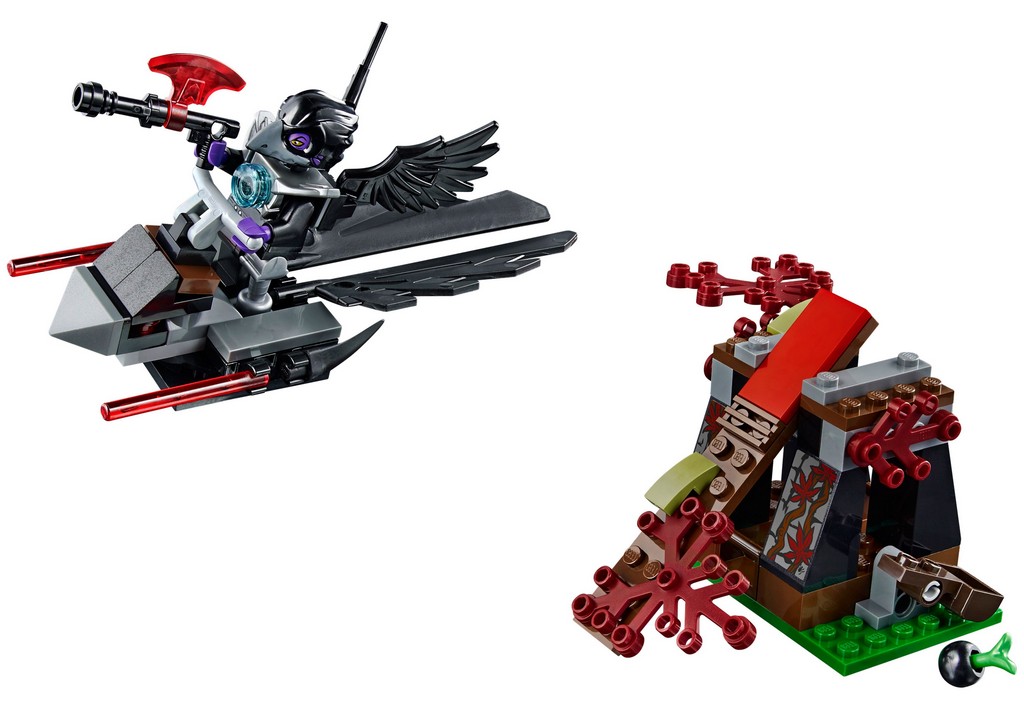 The craven small speeder isn’t much interesting in my opinion, it is mainly built with black small pieces, a couple of log wings at the back and same handlers at the front for Rizo. However this little guy as well as the other three looks pretty interesting with some nice details all over the body.

The small craven’s base is extremely easy to build, it has two nice catapults, one to throw the small vehicle and a little one at a corner to hit the enemy, from the ground, with a few small objects. The three red branches are perhaps an attempt to disguise the platform from the big enemy and all its elements.

Globally, this set looks not as appellative as some others present in this theme. The playability is not intense as for instance the ones that have a ground vehicle and definitely if the mechs are not your strong point, you’d better think twice before buying it. The price is clearly aligned with the rest of the line, costing around fifty dollars which absolutely seems fair. Please have a look at some additional pictures: