The Cragger’s Headquarters is a huge boat that looks more like a big floating fortress than anything else. With six hundred and nine pieces the set intends to recreate a scene where two of the new characters, Longtooth and Leonidas, escape through the swamp, in the waterkikes, to Cragger and it’s croco tribe.

This big boat is surely impressive. Not only it is rather big but most of all it has some many nice details that even a Lego fan like me that never liked too much Ninjago and that sort of
sets, has to stop and admire this masterpiece. This battle machine and all the bunch of fetures is really very nice. 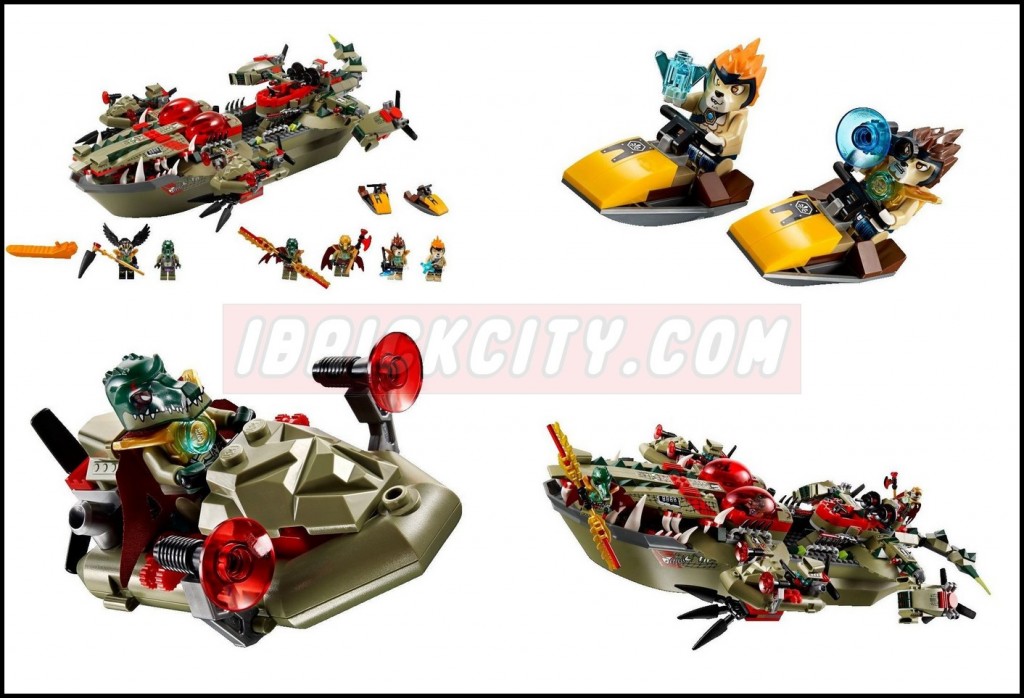 Starting by the bow, there is a couple of long pieces that lead the way to  symmetric cockpits with a red capsule that constitute the command center of the ship. Inside we can imagine that two control panels will be available for the crock pilots in order to pilot and command this big and great machine.

Side by side with them and suspended above the water there are two inflatable boats, which you can see in the pictures, ready to start the big pursuit. The details are awesome, the red lights, the propeller below and that nose piece in the front (honestly it’s the first time that I see it…), everything is perfect in this boat. And below them, the big ship has even space to attach three long claws. 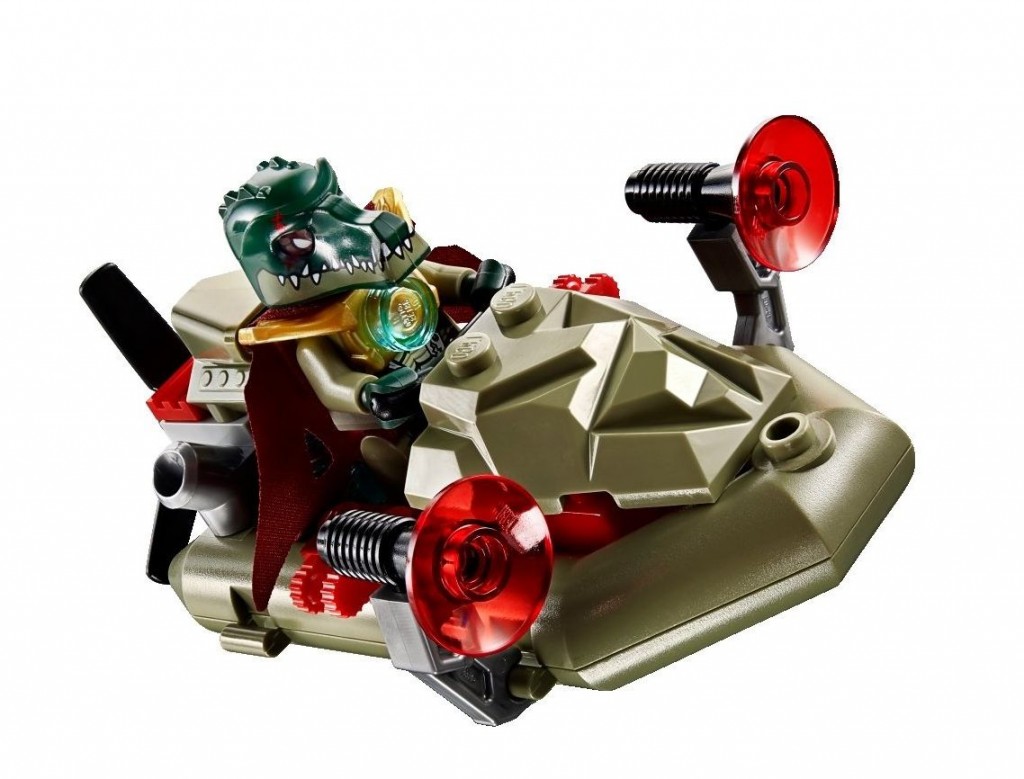 At the rear, just close to the stern, there is the Cragger’s headquarters with a fighting position, a small panel with handlers and plenty of weapons. Besides all this war features, this ship has also plenty of majestic details such as the bunch of little horns all around and even many printed pieces. 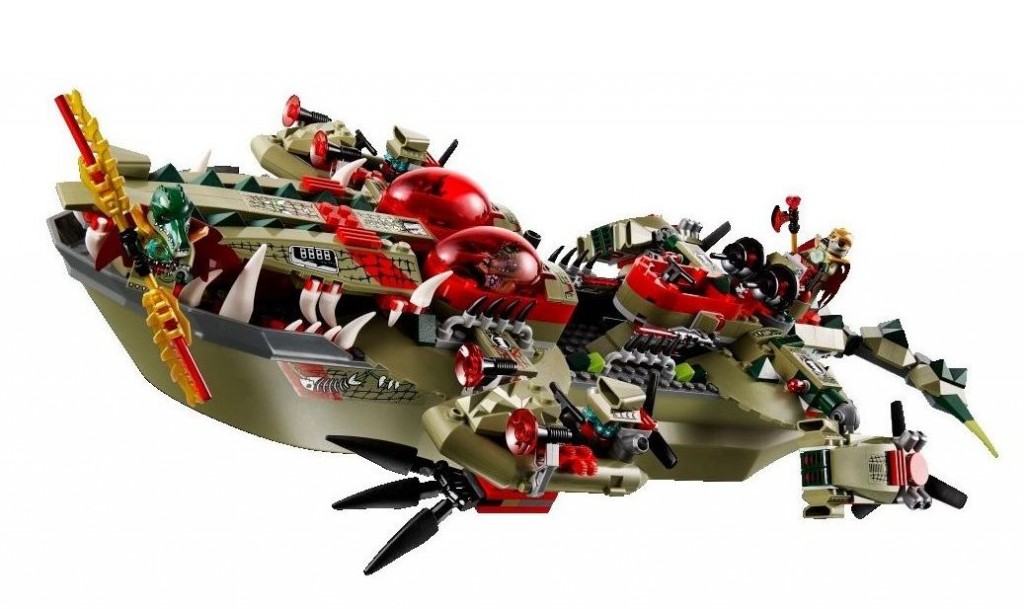 The mini-figures will be six, Cragger, Crominus , Crocodile, Leonidas , Lennox and Razcal, some of them exclusive of this set and for about seventy dollars it will soon available on stores.