First of all, I must say that this set, from what I’ve seen until now of Legend of Chima, is perhaps one that I like least. Honestly the probability of buying a bird – that is what this eagle jet really is – is very short. However as a product, this set is very nice with great details and three new mini-figures t o add to the collection.

The bird, that from now until the end of the text I will call it eagle or jet, is most of all built with blue and white piece and a yellow beak at the front. This one as you can see by the pictures is the edge of a big cockpit that is protected by a long windshield that easily opens to access it and increase the playability. 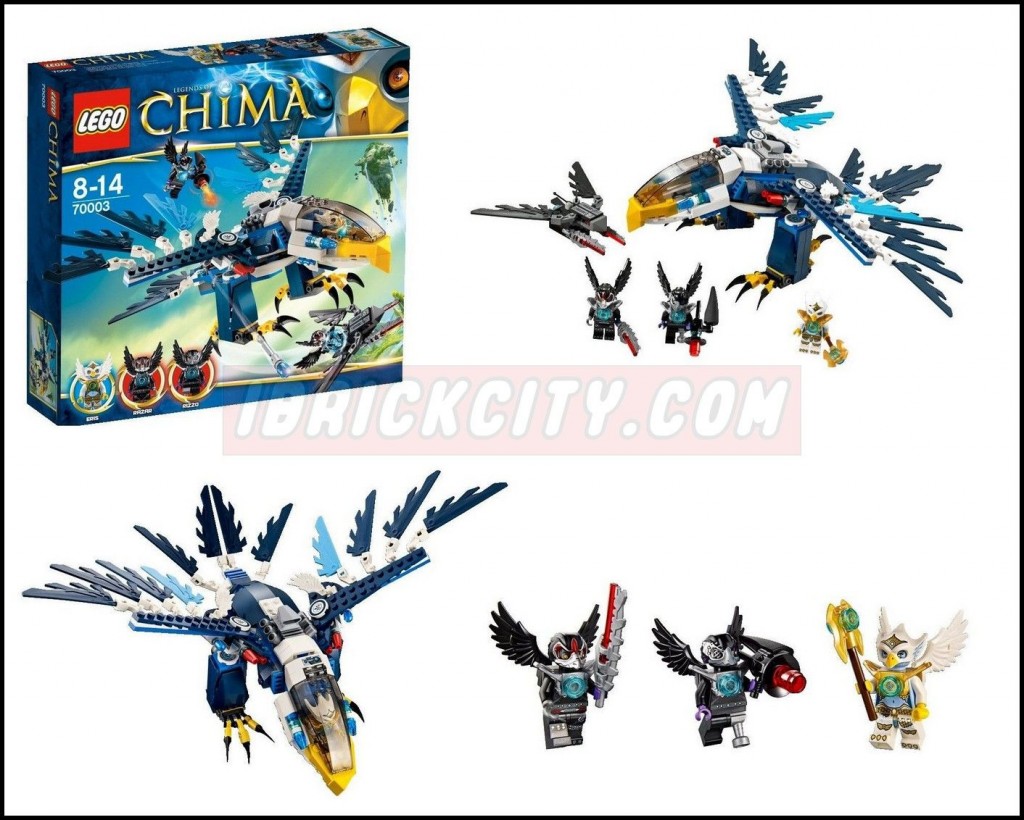 moving up and down, thanks to the way it is attached to the rest of the Eagle’s body. Above the structure we can see an unusual engine, looks like a V12 of a f1 car and an air entrance which might suggest that according to its power the other little jet of the set is simply damned. 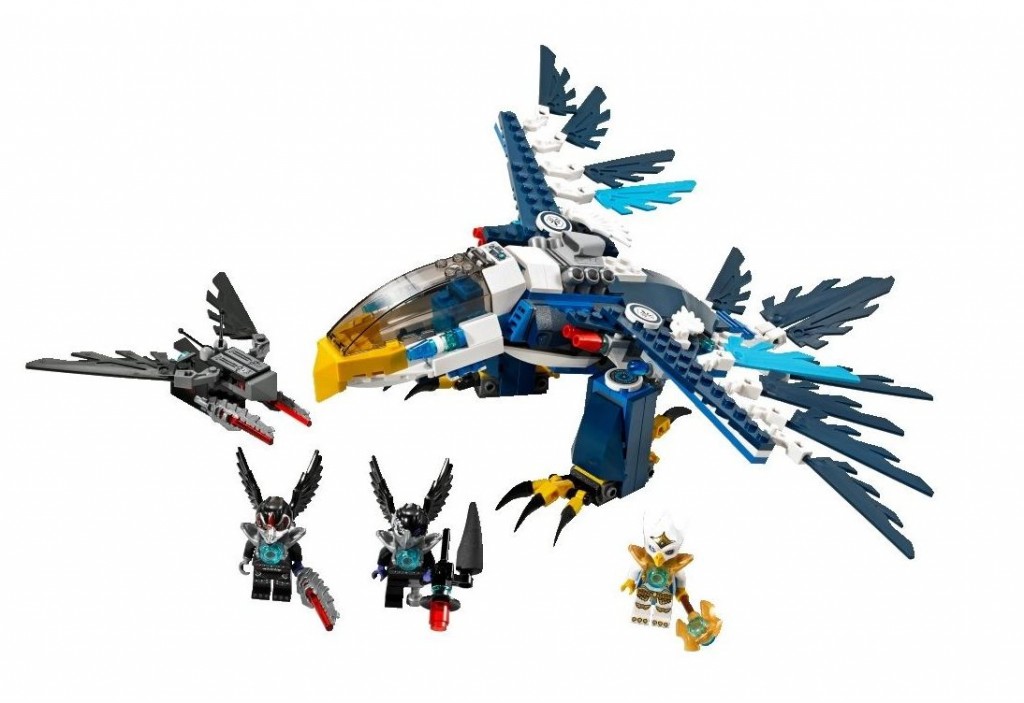 Below the engine, attached to the body there are several features: two long wings with plenty of plums (or are they sharp razors?), two launchers, one on each side, with a couple of missiles, and the two big legs with sharp black claws that I will not even dare to call them landing gear.

The other little jet that composes the set is pretty damned, as  I said before. AS the set box suggests, the set recreates a persecution between these two different air monsters, in the attempt of Eris, the white mini-figure, of attack the two black guys, Rizzo and Razar. The little black jet, although its size, has space for some handlers, a couple of wings, and a small engine at the front.

Globally, is not my favorite, far away from that, but for a price around the thirty dollars, it’s a good product with two different machines and three mini-figures. Please, have a look at additional pictures: