The Lennox’s Lion Buggy belongs to the Legends of Chima’s theme, and includes a big Buggy or ATV as you want to call it with two mini-figures – Lennox and Crug – included.  Honestly when I look at this Buggy for the first time, the thing that caught my attention was the vehicle’s big suspensions.

Made with technic pieces, they’re rather wide (the bug itself in my opinion is wider than it looks in the set box), with four big yellow wheels on the edges that surely look capable to across any obstacle. The structure intends to represent a lion’s head, which in my opinion it’s a detail that can only be reached by the player with some effort. Yes, it has some details that remind it, but there is something missing… 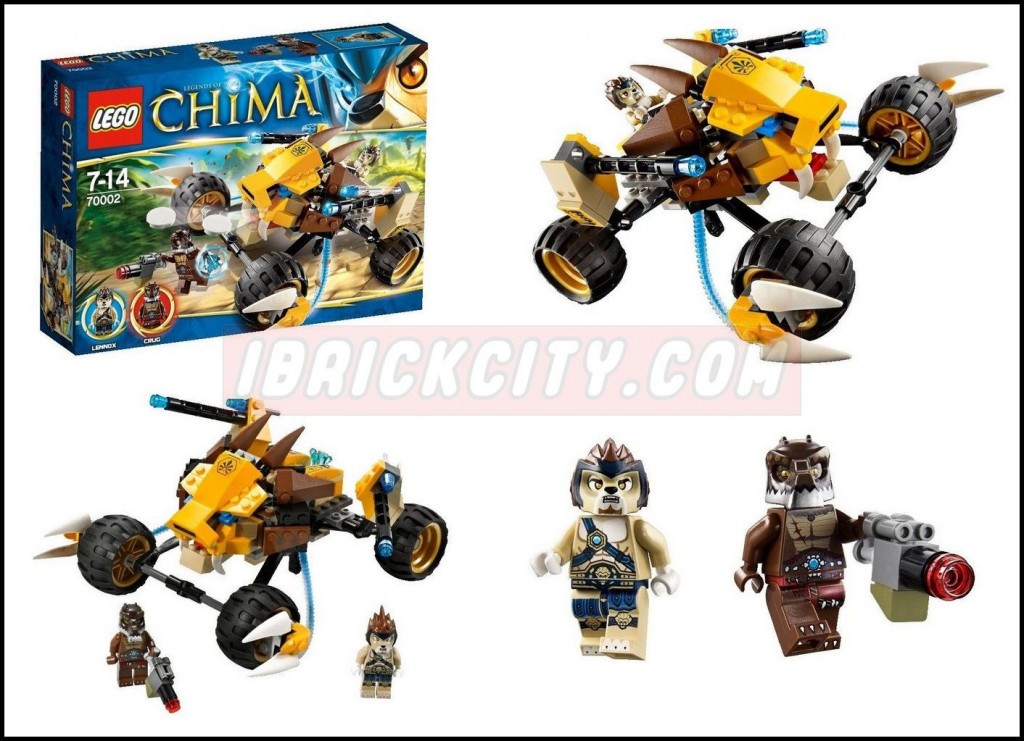 Up on the hills, there is a cockpit for the warrior with some handlers among plenty of different color pieces. And I must say that this is one of the most interesting points of this set, the combination of this brown with the strong yellow is really very pretty. The lion head that I talked previously is achieved through a couple of brown pieces, remembering its ears and the mane, and it can be also identified its face and the front teeth.

At the back, on the wheels, we can see a couple of weapons which look like missile launchers and chain guns, ready to shoot at any threat that appears. The crock has also a nice big gun and as usual on the theme the mini-figures are rather well accurate. For the end it’s reserved a nice fighting feature that surely increases the set in terms of playability. 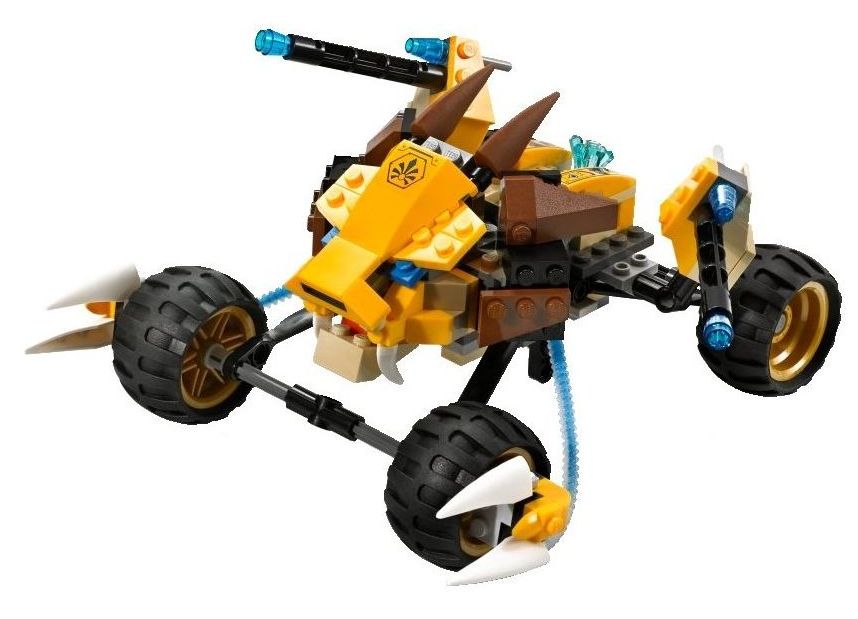 Below the buggy’s control s there is a hidden disk launcher that through a simple mechanism allows throwing a couple of with disk just through the lion’s mouth which is in my opinion rather interesting.  Speculating the price, I think that is expected something around the twenty dollars because the set has two figs and the buggy is considerably large. 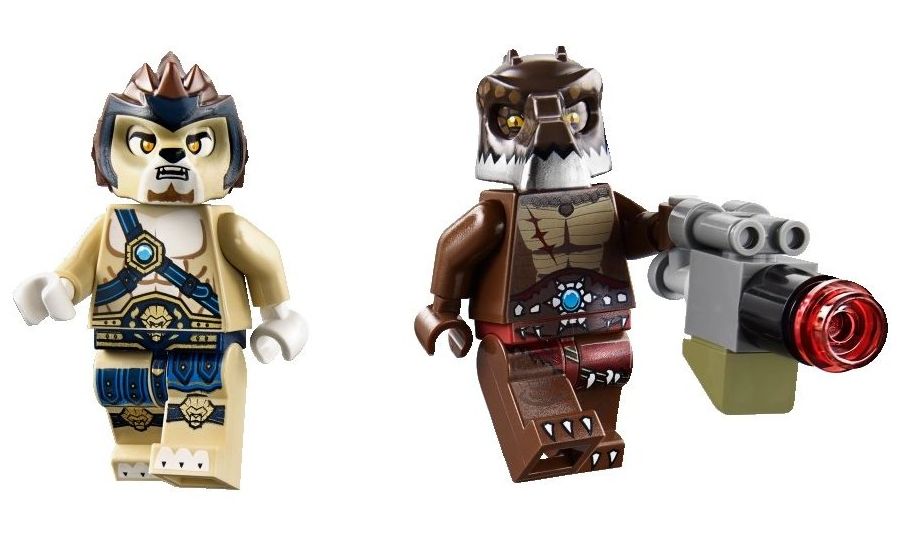 Have a look at some additional pics: