The New Crawley’s Reptile Gripper, from Legends of Chima, is a set that will be released in the beginning of 2013, and for about fifteen dollars it will bring the big strange Gripper that is a mix of a reptile, a driller and a buggy. Besides the vehicle, two mini-figures are included: Crawley and Leonidas.

The Crocodile’s nose, at the front, with those big sharp teeth imposes definitely a lot of respect. With a few technique pieces the crocodile’s mandibles opens widely almost ninety degrees. Attached to it, two little crawlers with a couple of wheels each are responsible for the front locomotion. 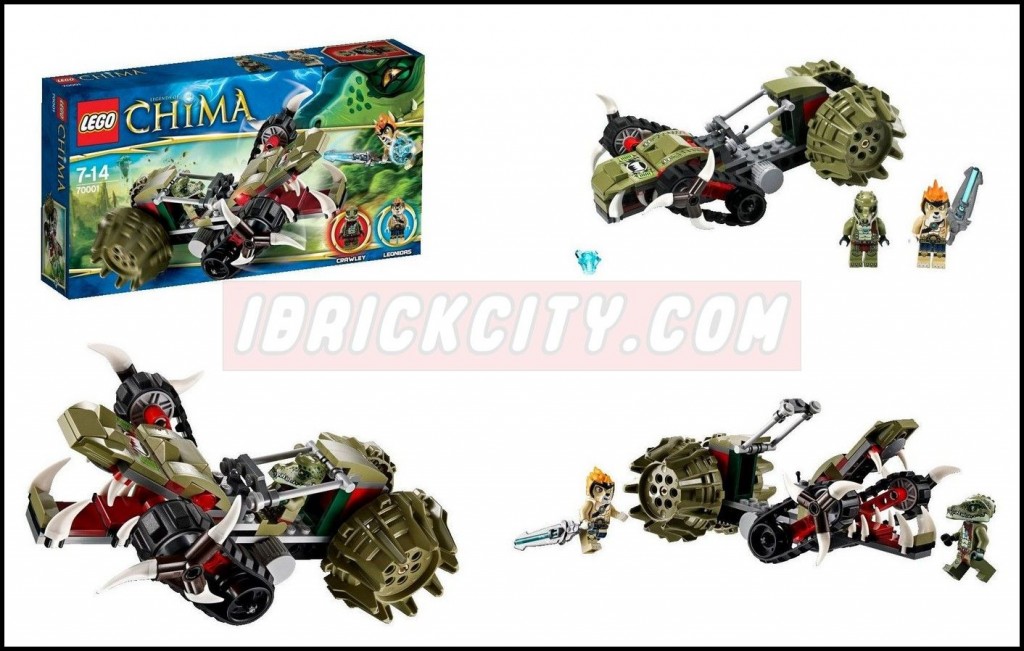 These ones with the help of clever mechanism, made with simple  technic piece,s can assume several position according to the type of movement of play that you want to make. Just behind them the naked cockpit has a couple of handles and a sort of buggy protection, that open and closes easily, for the pilot, in this case most probably for Crawley. 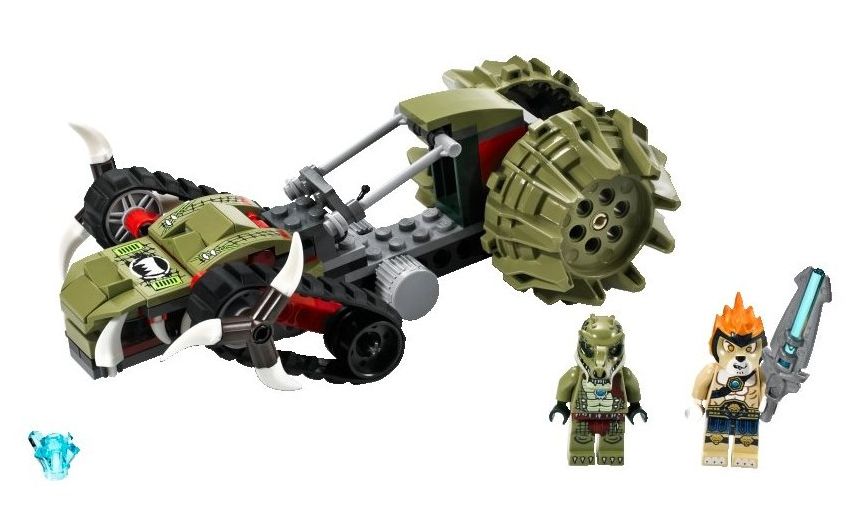 The base of the vehicle is constituted by some long pieces that at the back support an attaching mechanism for the big (they look really big, even taller than the mini-figures) wheels that I friendly call the drillers not only because of its size but surely because of those long and sharp edges. I must say that I’m curious about the way that this gripper runs because this wheel’s combination is rather strange.

The two mini-figures are becoming known from other Chima’s sets and they’re definitely great additions to any collection. First of all they are new, which is already a good motive, but second and most of all they are clearly detailed, with great printings and new shapes. I especially enjoy their heads most probably because they are new, at least for me. 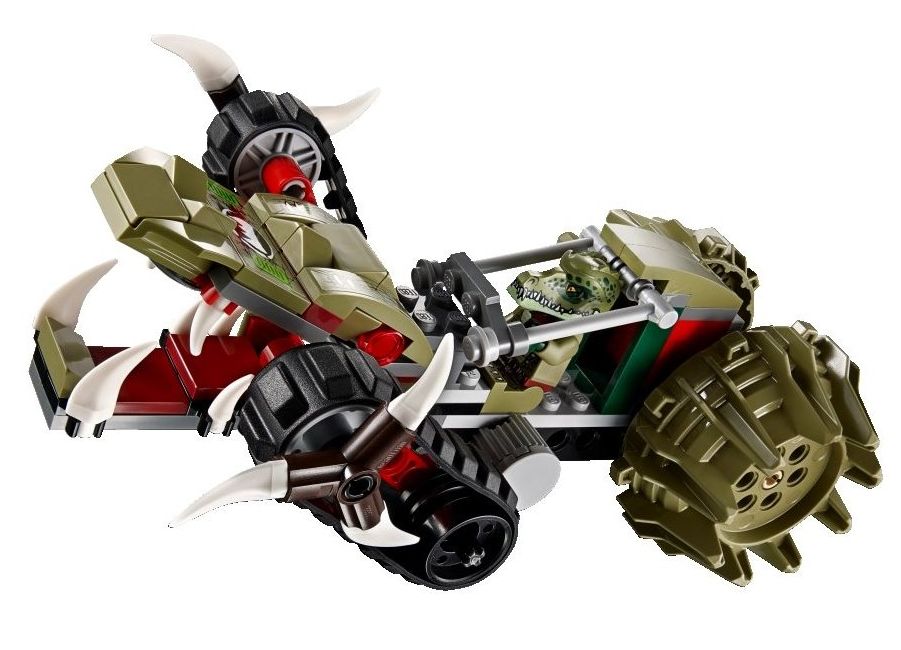 Briefly, this is a nice entry set, ideal to have a good idea of the new theme, Legends of Chima, without having to spend much money on it. Please have a look at additional pictures, below: