A new 3 in 1 Star Wars Super Pack is now available in my Toys r us local store, being probably another exclusive set of this retailer. The pack contains three sets of two distinct years and twelve mini-figures among a total of almost eleven hundred pieces.

The AT-AP (75043) is clearly the head set, followed by the Corporate alliance Tank Droid (75015) and the smallest of the three, the Kashyyyk Troopers (75035), that together seem to constitute a very nice battle theatre with plenty of soldiers and a bunch of different weapons. 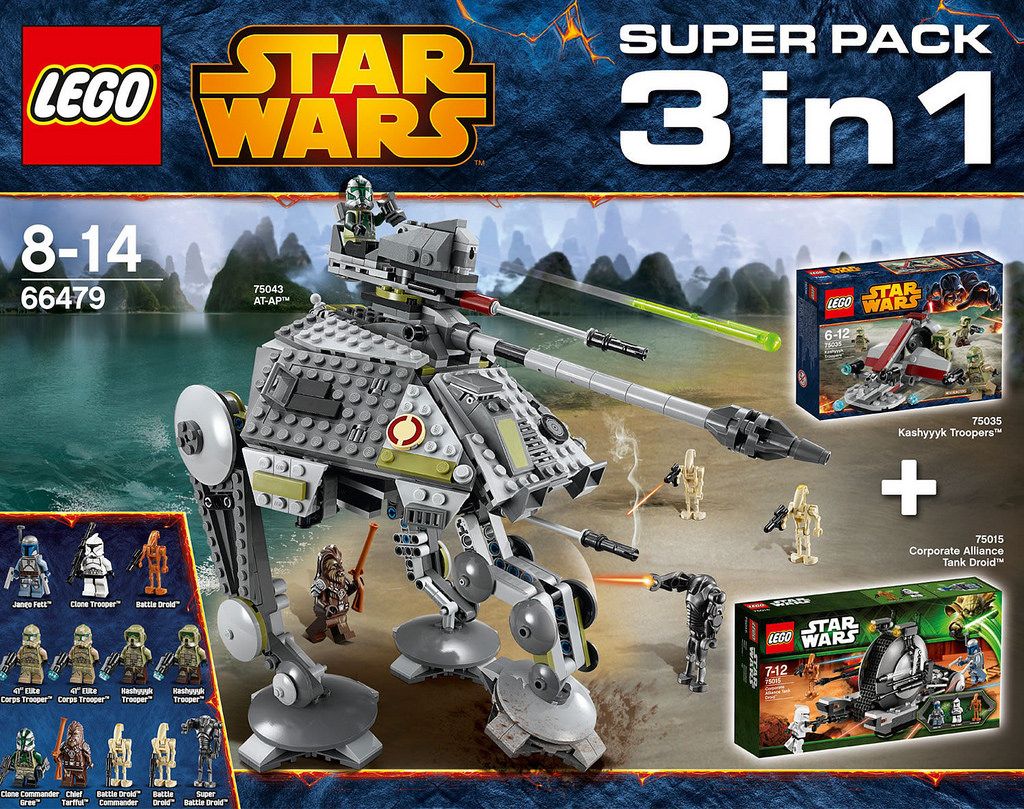 Having a detailed look at the figures, it is possible to identify a clone Trooper, an Orange Battle Droid, Jango Fett, a couple of battle Droids, Chief Tarfull, Command Gree, the super battle Droid, a couple of Kashyyyk Clone Troopers and finally two 41st Elite Corps soldier. That’s surely a big addition to any collection!

However, there is a price to pay for this, and for me this seems the worst part. Hundred and twenty dollars brings no price advantage for two reasons: it’s above the 10cts per piece ratio and on the other hand looks a little bit more expensive that the three sets bought separately.