Recently I’ve stumbled in this new City super Pack on my local Toysrus store. Personally, I’ve no intention to buy it because I’ve already two prisoner’s transporters and a few fire vehicles and last but not least I’ve recently bought the small surfer rescue. Curiously, this is probably the first Lego Super Pack that I see that contains sets of two different years which is definitely quite unusual.

However, for those who plan to achieve some extra sets of these themes, this looks a good opportunity to get two nice vehicles and some useful sea accessories like the shark or the jet bike among a total of around three hundred bricks. 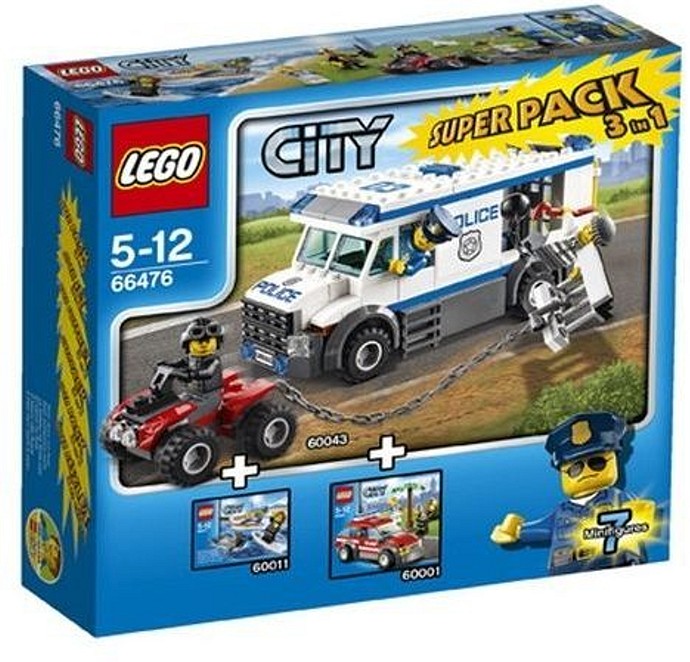 This new super pack contains the Surfer Rescue (60011), the Fire Chief Car (60001) and the 2014 set, the Prisoner Transporter (60043). In terms of price, the three sets cost, separately, around thirty five dollars so unfortunately, if Lego keeps the tendency, don’t expect anything much cheaper than this for it!