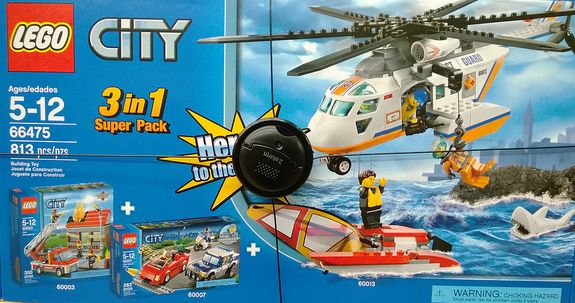 Most of all, I think that this is a good opportunity for those who want to increase the number of city vehicles in the town because the old advantage that these type of sets used to have in terms of price discount has just disappeared because the three sets, separately, cost exactly the same of this box: hundred and ten dollars!

Have a look at the set box and ask it to Santa!!!