A new 2013 Super Pack has been revealed, this time from Star Wars. The new 3×1 set will contain three new star wars sets namely the 75104 (The Battle of Hoth), the 75000 (Clone Troopers against Droidekas Battle Pack) and the 75003 (A-wing Starfighter). The choice of the sets is always subjective but these three will surely bring a lot of fun and playability.

In total this set will have thirteen mini-figures (!!!) including Luke Skywalker, Admiral Ackbar, Han Solo and a few clone Troopers, among others, and two nice ship which are the dark red A-wing starfighter and the Snowspeeder. Besides these there are obviously many other great features such as missile launchers, speeder bikes, the control center from the bigger set and also a couple of droidkas. 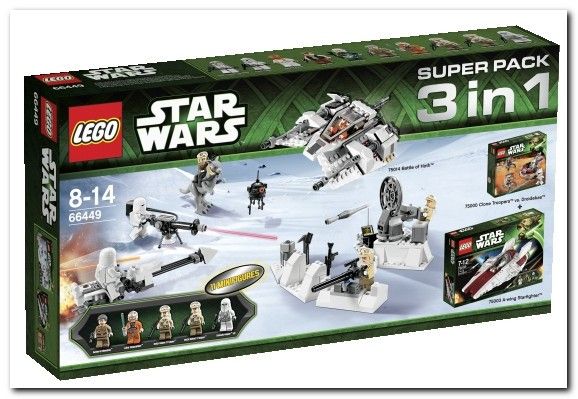 Talking about its price, obviously it still unknown, as well as the release date, but the three sets individually cost around ninety dollars, so we might think on an estimated price around the seventy bucks. 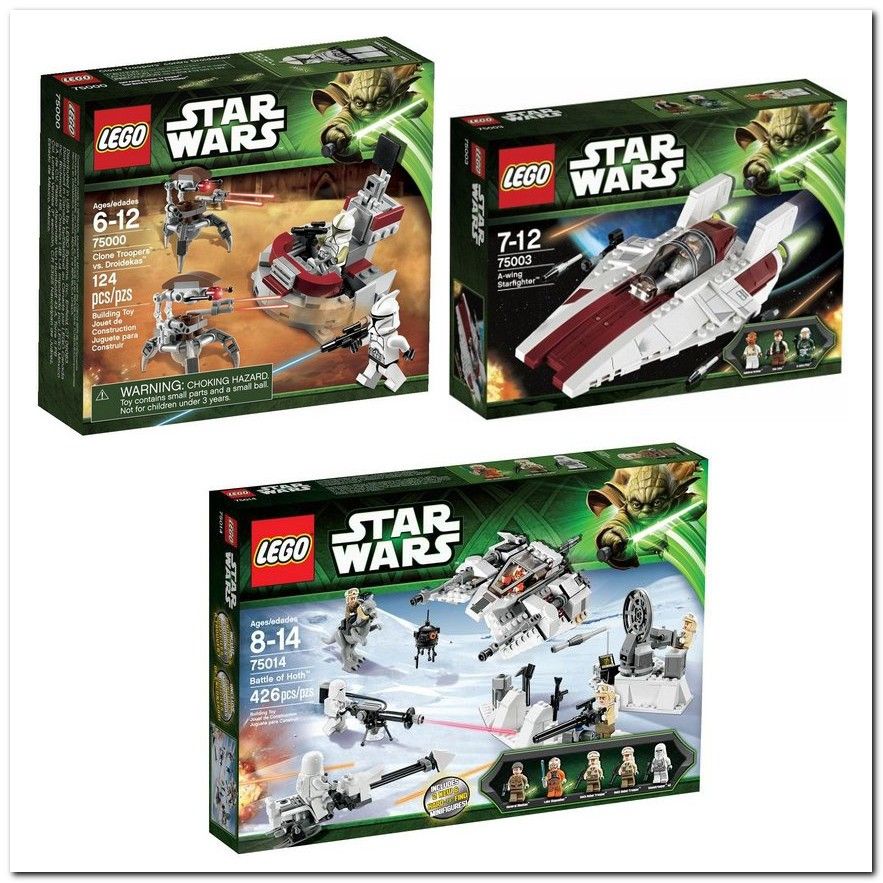 I wouldn’t count with it before summer and let’s also hope that this great super pack won’t be an exclusive from any super store, like many others before.