The new fire super pack is indeed an interesting set for those who want to achieve several fire vehicles without having to spend much money or in another perspective, if you recently bought the new fire station, it’s always a good idea to join it the new fire motorcycle, fire truck and the fire chief car!

Yes, as you might have guessed, this 2013 super pack brings three fire sets namely the 60000 (motorcycle), 60001 (a usual city vehicle painted red) and the bigger 6002 (a new ladder fire truck), and five mini-figures that are four firemen and a blonde girl with a blue shirt and blue pens. 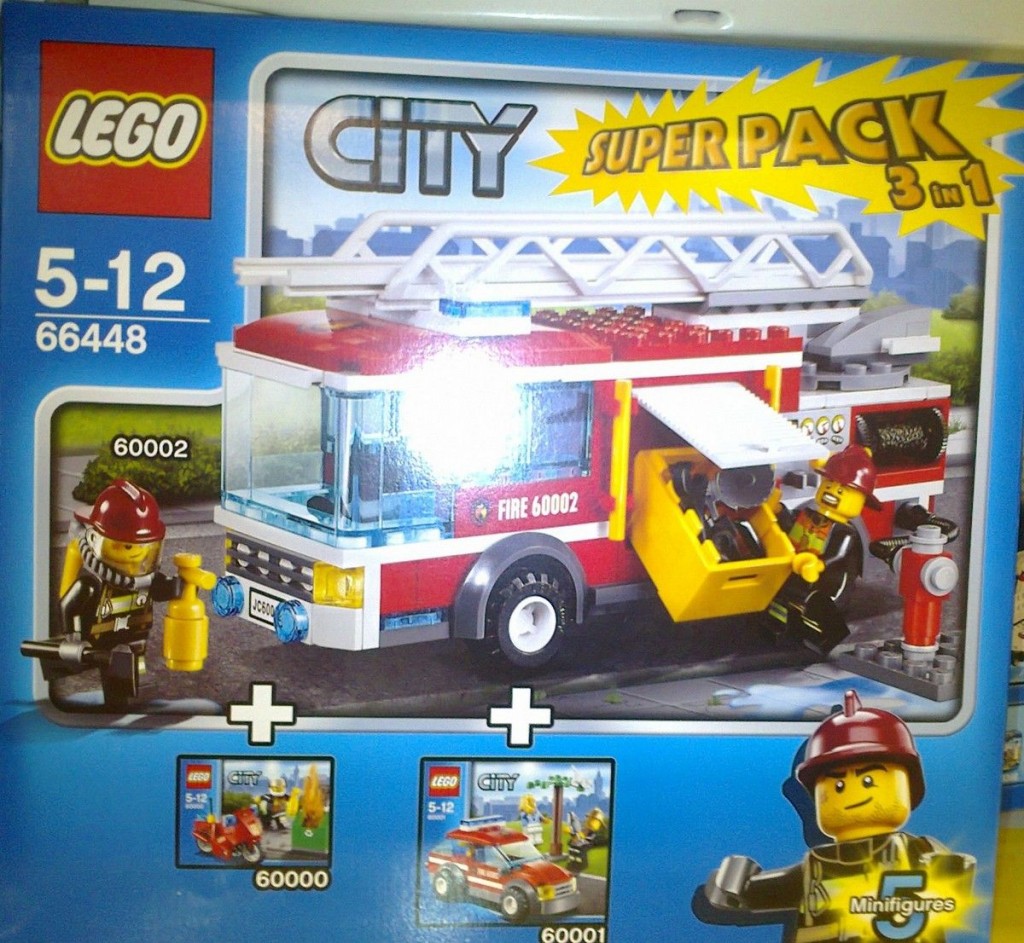 Obviously that the most interesting is definitely the ladder truck, which you can have a detailed look right here, not only because it is the biggest but most of all because of its features, which are really great in terms of playability.

The motorcycle is the usual police model, with the exception of the back and they’re never too much in the headquarters an the same applies the fire chief vehicle. In terms of accessories there is a garbage can on flames, a small tree with a little cat upon it and the fire truck brings a bunch of fire tools and an emergency water pump. 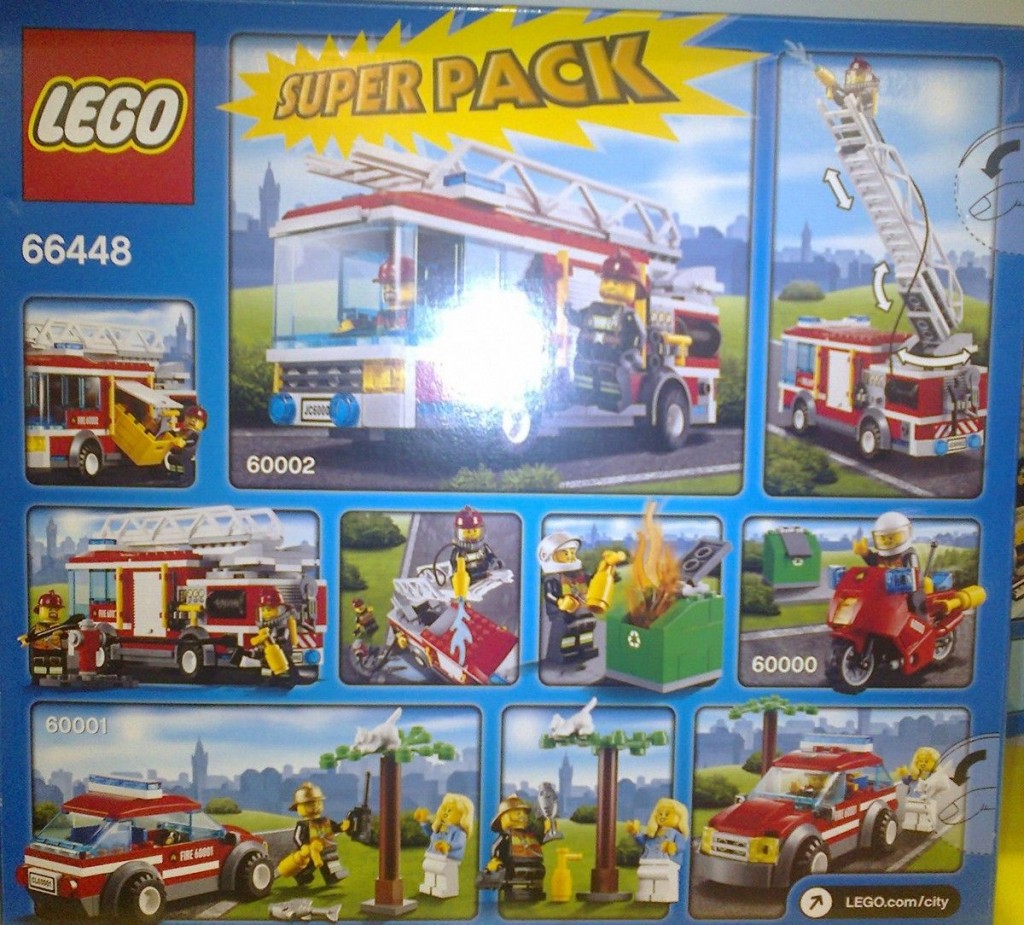 For about thirty dollars it looks a good deal especially if you don’t have many fire vehicles and plan to achieve them!