The new City Hospital that will be available next Summer has just been unveiled.  And what a great addition this is! The Hospital are perhaps one the models that aren’t so often substituted (the last one, 4429, has already six years), and it’s absolutely a great opportunity to get such an important building.

The exact piece count is not known it (it’s not difficult to imagine a few hundred bricks…) but it’s already possible to see that it will present, besides the hospital, an ambulance, a small helicopter and eleven mini-figures (that will include doctors, patients, fire-men and a few more) with a bunch of additional accessories.

The Hospital shows three different modular levels, suggesting that the building might have different dispositions. Inside, no matter the possible combination, it is possible to find in the ground floor, the reception room, a kiosk and the emergency area for the ambulances. Talking about these, it’s a pity that the hospital doesn’t have a parking area. 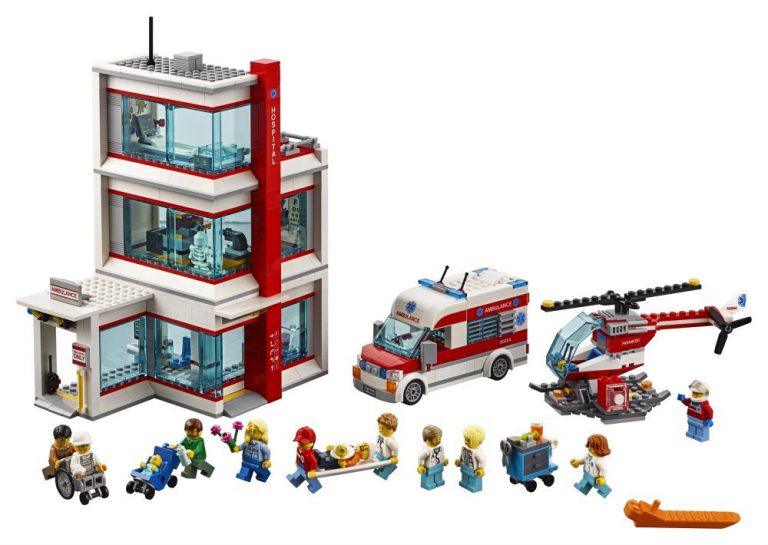 On the upper floors, there’s plenty of action and nice details to enjoy. Among others, there and x-ray room with all the necessary facilities, an ophthalmologic room with the common tools and in the roof where usually we find a heliport, this time there’s absolutely nothing. The Heliport in the set is now in the floor, in a separate base that can be placed nearby the building. 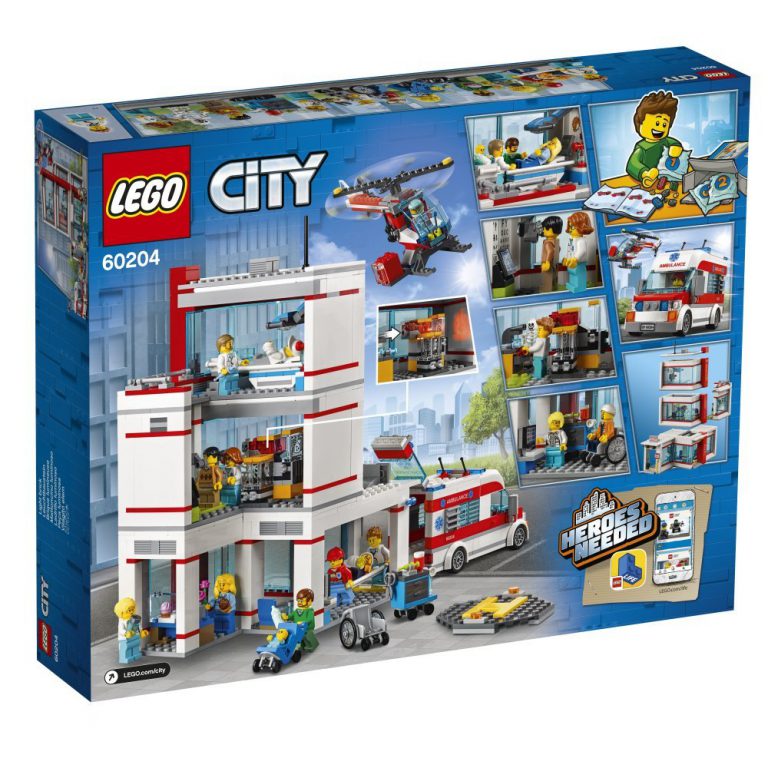 Talking about vehicles, the Ambulance is not the prettiest of all, but inside, it seems to have plenty of space, especially in the back compartment. The helicopter is quite small, with the traditional windshield that opens widely and protects the cockpit, and nearby the pilot, it shows some interesting features such as a small box stuck to the landing gear and a clip with a windshield. 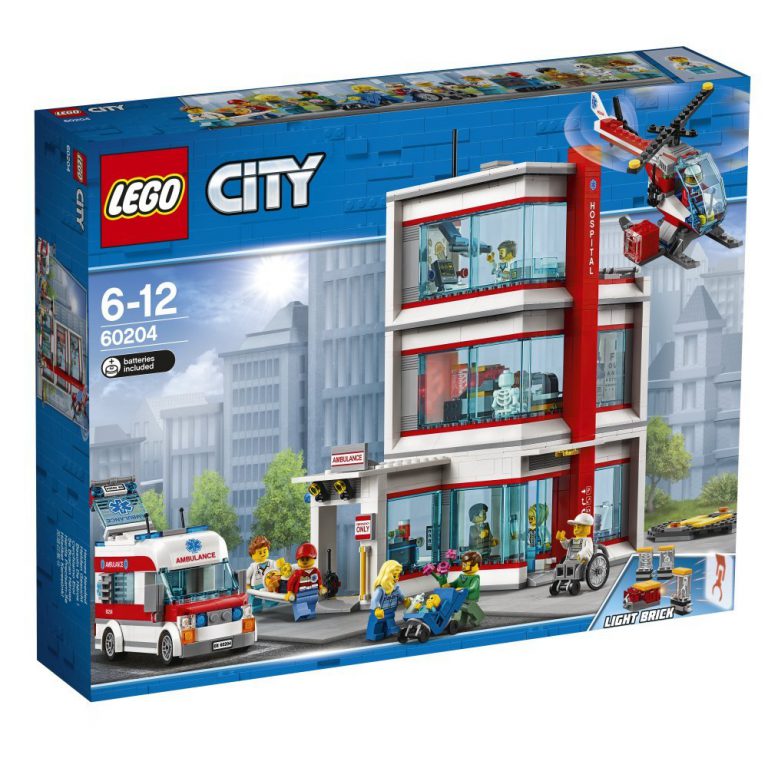 The mini-figures look pretty cool and are absolutely in a more than reasonable number. I know that the set is big but it’s not easy to find a city set with such a number of characters. It’s a great argument for sure! The set will be available only next June, meanwhile have a look at the available pictures and enjoy!