What a nice surprise! In addition to some must have sets such as the City Square (60097) or Town Square (60026), official pictures of a new city set, Capital, have been revealed, showing a new set full of action, buildings, vehicles, a bunch of mini-figures and much more.

Be prepared because the list is quite extensive: a beautiful hotel, a full glass building, a bus stop with a hotdog stand, a skate park, a red bus with a second panoramic floor, a crane vehicle to help with the bigger parts of the convention building, an ice-cream selling tricycle, a police bike, an electric vehicle and a nice blue coupe. That definitely a lot!

Beyond this, if you add eleven or twelve mini-figures with the traditional tools or accessories, you get probably the best city set of this year in terms of playability. Having a look at the small vehicles, they aren’t properly new, the coupe is similar to so many other models, the bike is just a regular city vehicle and even the electric car is a “Smart”, a usual car, year after year.

The hot-dog kiosk with the bus stop looks pretty nice and is a pretty element that easily fits in any part of the town. Inside there’s the usual to make some nice hot dogs, and on the outside we can find the bus schedules, a couple of seats and even a garbage can. 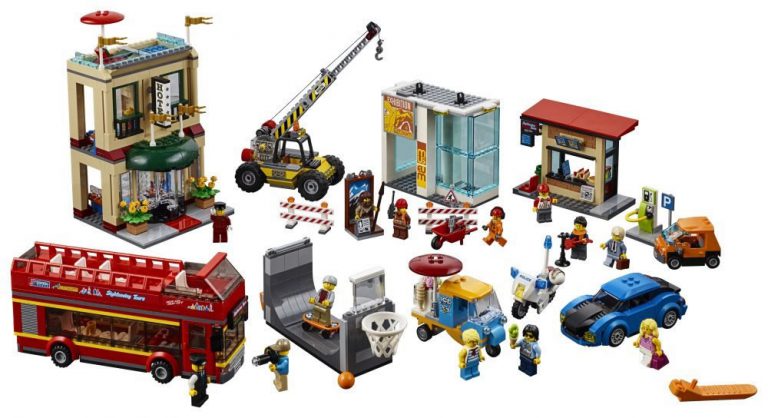 The Hotel looks quit beautiful and at the same time very cozy. Presenting two floors, the entrance looks very nice with a revolving door and flowers on both sides. Unfortunately the available images don’t allow seeing the interior but we can clearly imagine the reception in the ground floor, a couple of rooms in the first floor and a swimming pool on top.

The tourism bus looks also another good reason to achieve this set. First of all because it is, perhaps, the first panoramic Bus in Lego City! Second, it definitely has plenty of stuff to play with. There are even some drinks inside and on top there is room for at least four or five passengers. 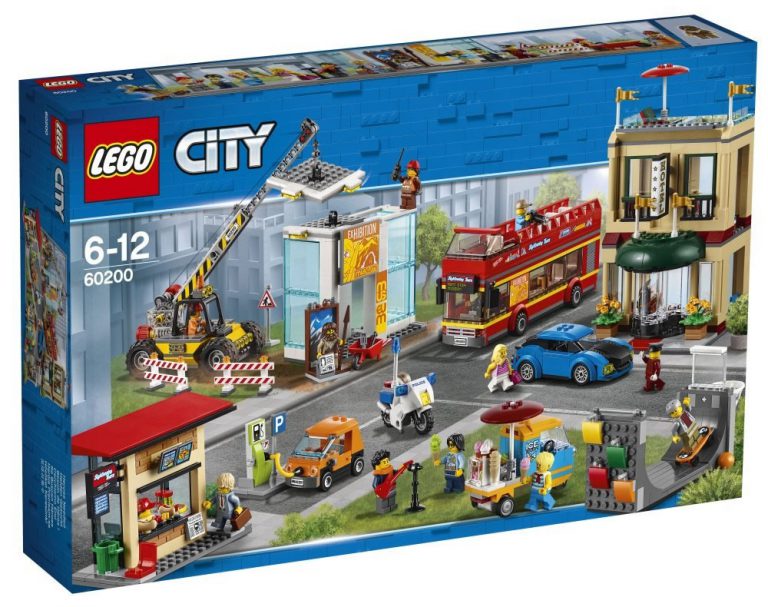 The crane is basically built with technic pieces and seems to handle easily with the buildings weight. Besides the cab at the front, there are also two knobs responsible to control the winch in terms of height.  The building itself looks cool with the glass surface and detachable roof. Finally the skate park with two nice ramps and a basket in the back.

Globally, it’s a must have set for the fans. The piece count and price are not known yet but the elements that make part of it are more than enough to start saving some money. The set should be available next summer on general retail. Enjoy it!