Here we go for the new Passenger Train. And at the first glance I can’t hide a bit of disappointment regarding a couple of details. First of all, the first wagon, definitely is not my favorite in terms of design! Second, it looks like an unfinished train without the symmetric carriage in the back.

However, there is obviously some great new stuff to enjoy among the eight hundred bricks! The new color scheme with blue and dark yellow is good, there are four extra rail tracks compared to previous models, and best of all, it will be one of the first City trains that will bring the new 2.0 power functions kit with Bluetooth features. 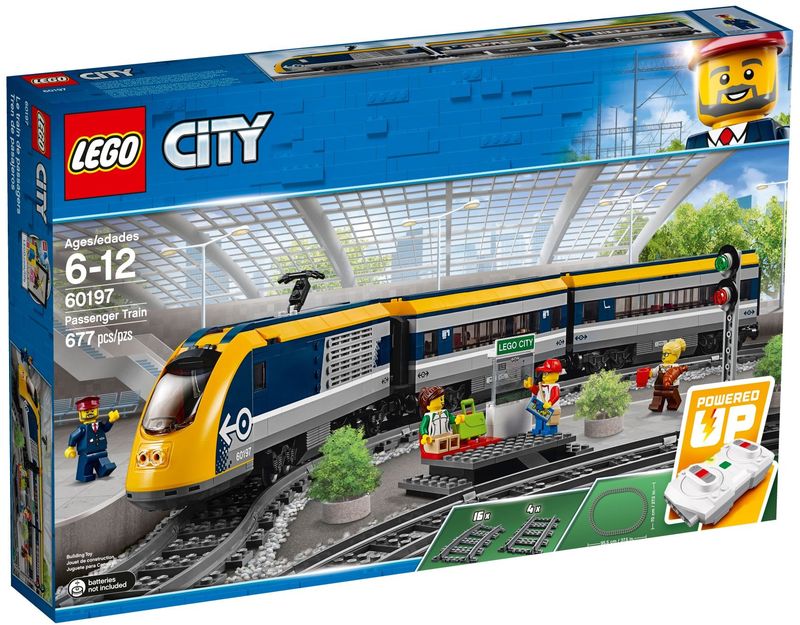 Besides this, it will also feature four mini-figures (just regular in my opinion but pretty colored at the same time), a light sign and the traditional small train station with the train schedule and a couple of seats for the passengers.

The train itself isn’t much different from so many other models in terms of features. The front carriage carries the battery and seems to allow the possibility of adding two lights at the front. The other two are similar and have the possibility of removing the roofs which allows a better access to the interior and absolutely increase the playability.

Inside, each carriage can transport four mini-figures and on one of them, there seems to be a small bar with drinks and some hot dogs for the passengers. Pretty cool this new detail! The train station on the other hand doesn’t add anything special, most of all if we already have some of them from previous Lego trains.

Overall, the best part of this set is the new power function kit and the possibility of controlling the train through a smart device. The train isn’t particularly beautiful (I wonder if it will be faster than the others…) and the train station is the same of some many other previous sets. The new passenger train will be available next July with a price around the hundred and thirty bucks. Enjoy the pictures! 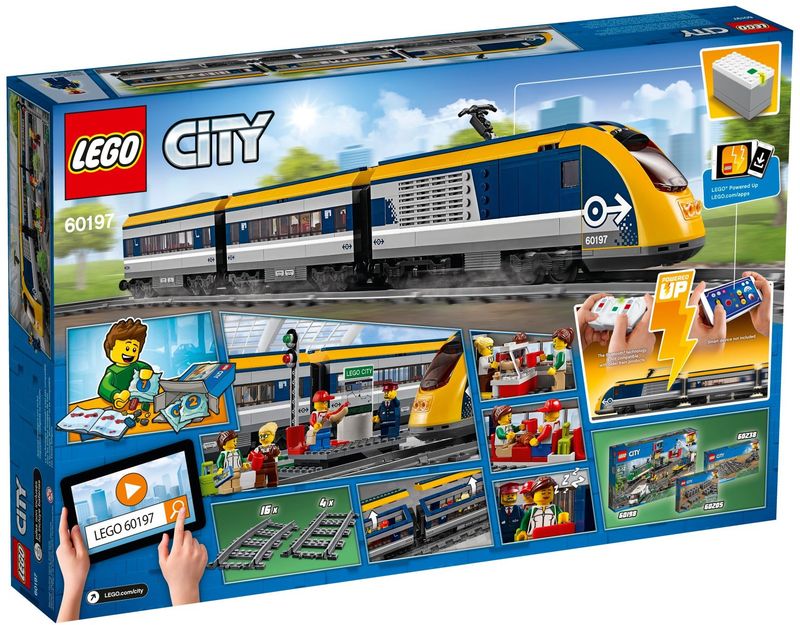