The Ambulance Helicopter is one of the new 2018 City sets that were unveiled last week end and definitely one of my favorites until the moment. It’s not very big, a bit less than two hundred pieces and besides the yellow heli, it features also three nice and colored mini-figures (the pilot, a doctor and an injured snowboarder) with assorted accessories.

I really like this snow heli, starting by its color scheme! This yellow and red combination looks really good indeed. In terms of global structure, it has some known shapes such as the nose but there are surely some great new details to enjoy.

The cockpit can’t be detached easily, but inside the pilot seems to have the appropriate space as well as some handlers to maneuver it and land on the snow. And for that the landing gear is nicely equipped with snow skids. Behind the cockpit there’s the ambulance compartment with a side entrance where we can see all the available features and a small ramp at the back to load/unload the stretcher with the injured guy. 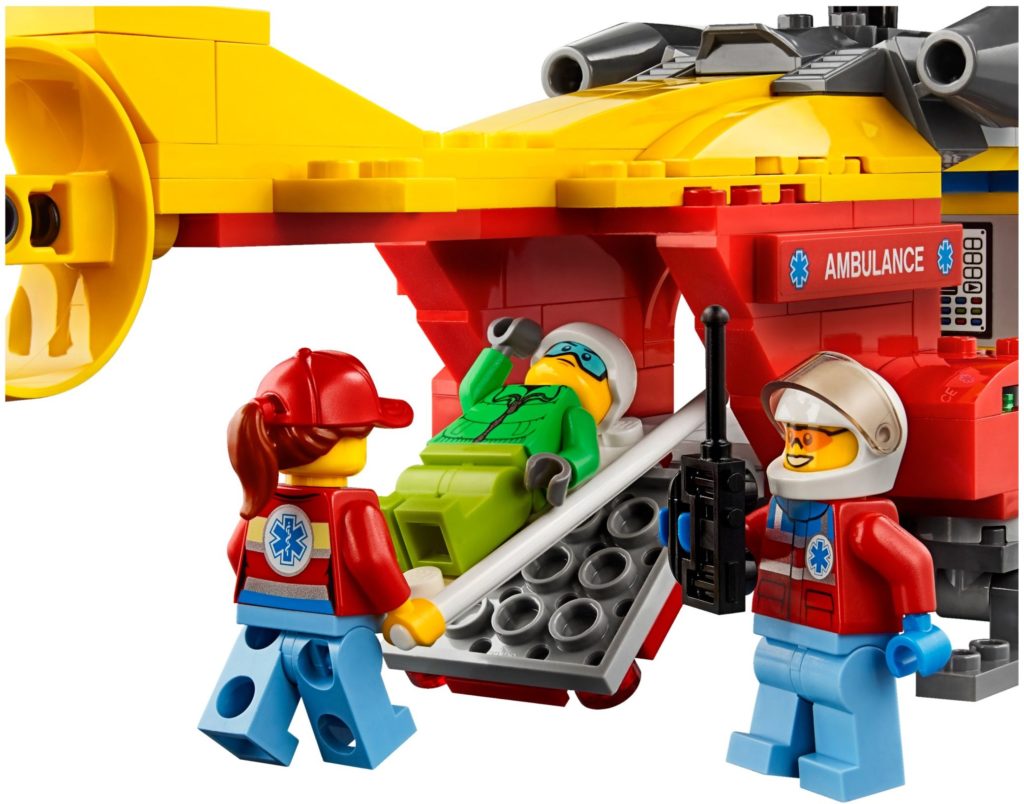 One the patient is inside, the doctor has at her disposal a heart monitor, a serum bottle and a few additional tools, not to mention some extra space to carry the snow board. Once everything is under control, the heli can lift off and for that, the engine placed on top and the big propeller are more than enough to handle the job. 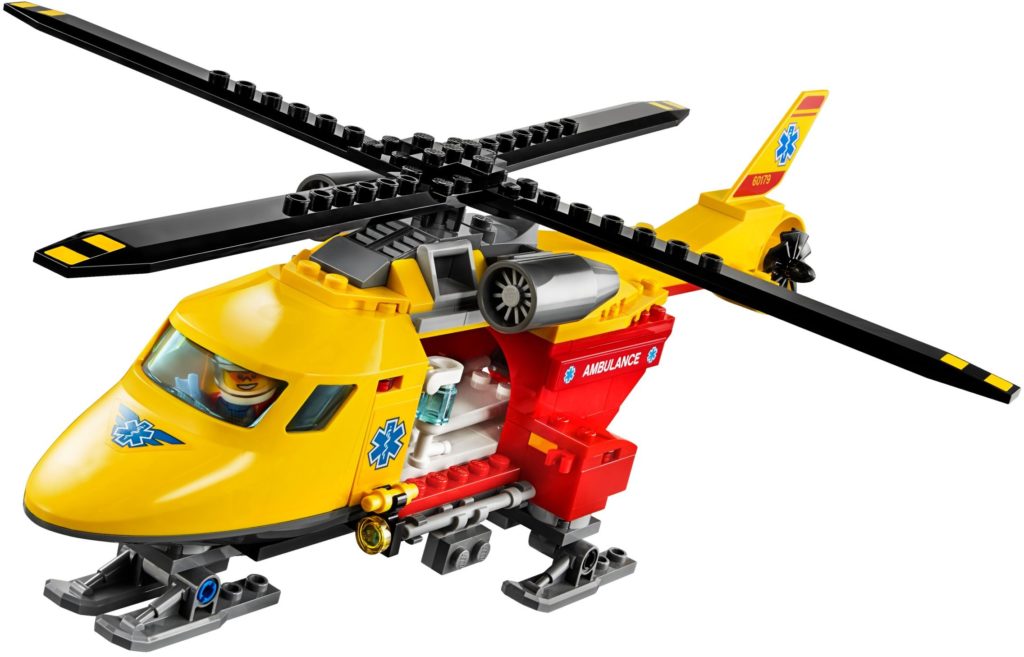 Overall, 2018 will surely bring some really nice stuff and this heli is one of them. The ambulance helicopter looks really good with nice playability and interesting details, the figures are also pretty accurate and best of all, it won’t take long to see it on stores. The set should retail around the twenty dollars next January. Enjoy it!