The Bank Truck shows an601 usual straight design, typical of these vehicles and also its main features: a nice cabin for the driver with the traditional seat and steering wheel, no side doors, some bars aside the windows and of course a big compartment at the back, capable of transporting some gold bricks. As usual, the roof detaches easily to provide a better access to the interior. 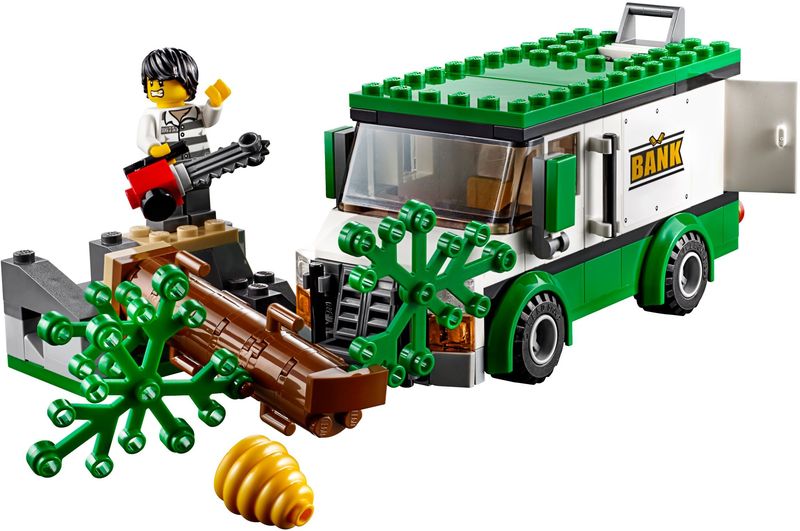 The plane is also quite interesting. With a landing gear prepared for the snow, it absolutely shows a more vintage look. With a big propeller at the front and the engine nearby, the plane features also a new element: a net launcher whose goal is to catch the robbers ATV just by shooting it to the car. Pretty cool! 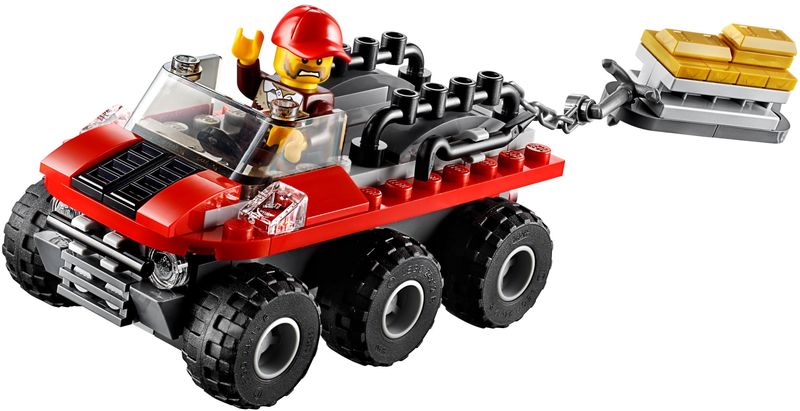 The red ATV looks quite sturdy. The six wheels give it a powerful look, capable of surpassing any type of obstacle. The engine is placed in the front and just behind it, the crooks have some space to seat and some clips for the tools. At the back, it is also possible to attach a small sleigh that will transport the stolen gold.

Finally, the two thieves have also an extra surprise for the truck: A tricky tree that can be overthrow to the road with the help of a small knob and will prevent the truck’s passage, allowing the robbery. 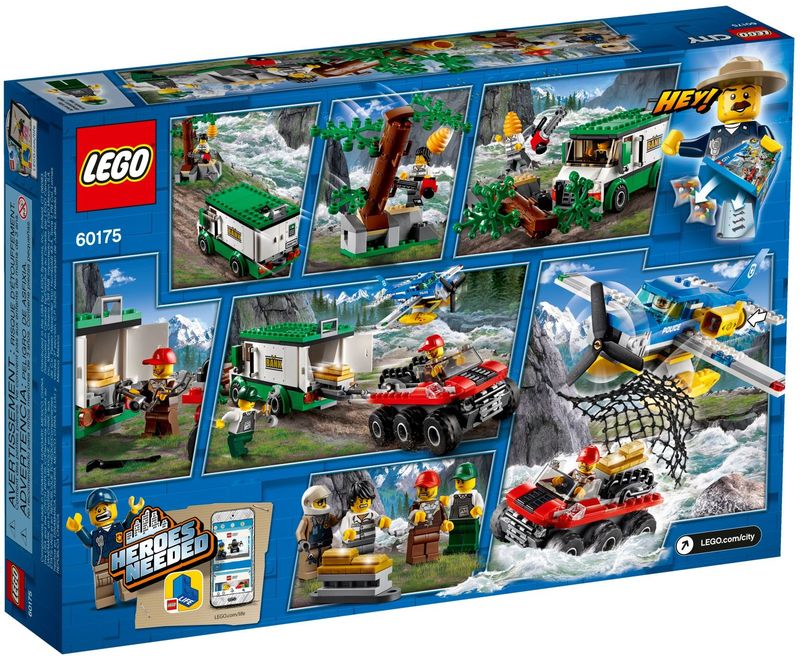 Overall, for around forty dollars, I think that we can’t ask for more. The vehicles are cool, the figures are pretty accurate and the playability is on high levels. The set should be available on retail next January together with the rest of the City wave. Enjoy it!