The Headquarters are fantastic in my opinion! Basically in the same building there is a garage for the truck, the office right on top of this, a small cave excavated on the rocks for a tiger and upon this, the cells. All connected or accessed through some sloping ladders. 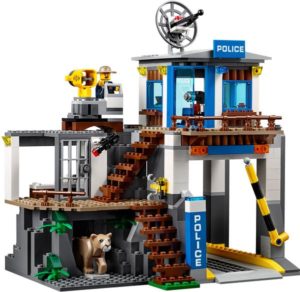 The garage looks pretty high compared with the rest. It has a small barrier at the front and inside more than enough space for the truck or another extra police car that you wish to add. The headquarters aren’t big but inside the room, which has plenty of glass all around, there is a desk with a computer and a seat, a coffee machine with some mugs, a calendar on the wall and a small balcony on the outside as well as a communication satellite on the roof. 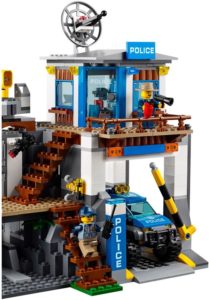 The cells are probably the most similar part compared with other sets, and have the usual tricky feature: the bars door can be broken with the help of a chain and a heli in order to release the crooks. However they won’t probably escape because right on top of them there’s the new yellow net launcher that will surely catch them in the first try. 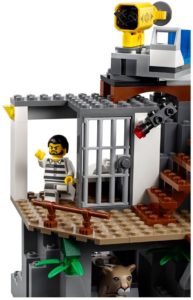 In the ground level, the cave has a nice Tigre inside that brings and additional feature with it. With the help of a lever at the back, the animal can be pushed to the outside and scare the evaded thieves, especially the disguised guy with the tree suit. 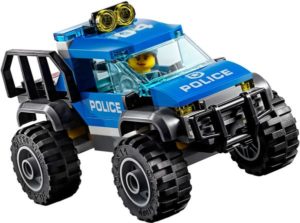 The helicopters are similar in terms of size but there are surely some big differences between them and it’s not just the colors. The police look sturdier than the one from the crooks especially if we attempt on the tails. The cockpits have the same size as well but the windshields despite opening widely are completely different. In terms of mini-figures, all of them, crooks and police, seem to bring new suits and the tree suit guy is absolutely an added value when we look to the seven characters. 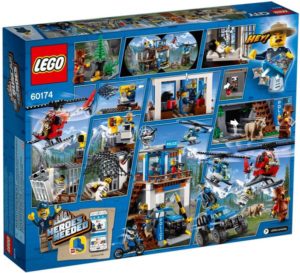 Globally it’s a must for sure. The building has a lot of stuff to enjoy, including a few tricky features, the vehicles look pretty nice as well and the mini-figures are once again nicely accurate. The only con might be the price: ninety dollars, a bit overpriced in my opinion. Enjoy it!