The Cargo Terminal is a new City set that will hit stores next June, during the next wave of releases. The exact piece count in not know but I would say that looking at the set box, it should have around the six hundred pieces which makes it reasonably big.

As you can see, the set features a lot to enjoy: a new cargo truck with a trailer, a red forklift, a sort of warehouse to store pallets, a small building with a barrier, a blue winch car to move the big truck containers and finally four mini-figures (one driver for each vehicle and the reception girl) with assorted accessories.

The truck looks definitely pretty cool. With a usual cab in terms of design, it shows however some new features at the back, namely the container with no side protection or doors that allows picking up easily the pallets with the forklift. The container itself is also prepared to be easily moved and my question at this point is: to where? Will we see new cargo sets??

The trailer is slightly smaller than the truck, however the container has the same size. Both are prepared to transport two pallets and there are several available goods in the warehouse: a small jet sky, some boxes, an ATV and an additional toy. The front axle has also a new feature, allowing moving left and right which is great when it’s time to move the truck.

The forklift at the first glance is similar to so many others with a protected cockpit and the shovels at the front, however the back wheels are clearly smaller than the front ones which is new in this type of vehicles.  The winch car is probably the most interesting part of the set and the reason is the new winch made almost exclusively with technic pieces. The car itself supports the containers weight without rolling over and the winch can be easily handled with a small knob at the back.

The ware house is a very simple structure, mostly built with yellow pieces, but nicely prepared to receive the four pallets. Finally there is a small building, a reception, with a red barrier that gives the idea of a space with conditional access. Inside, the receptionist has a small computer, some tools and the traditional red mug. 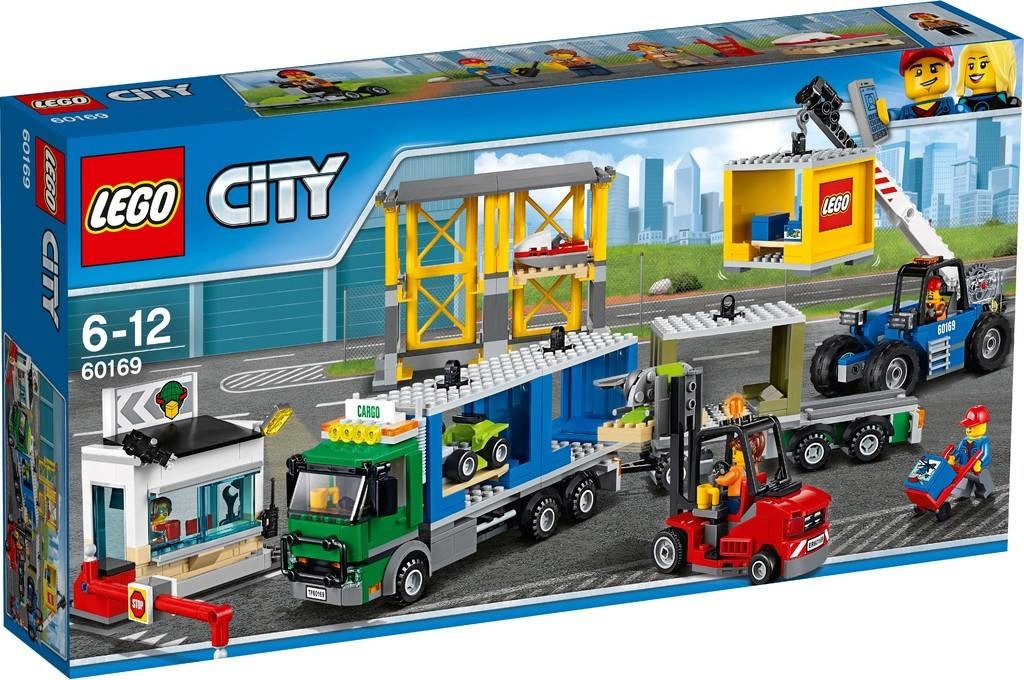 Overall, it’s absolutely a very interesting set. The playability is huge with some nice vehicles, the mini-figures are in reasonable number and the interaction with other cargo sets might be also very interesting. The new Cargo Terminal should be available next summer with a price around the eighty dollars.