The Jungle Starter set is a new city set that will hit stores next summer and a good opportunity to get a new subtheme entry set without having to spend much money. With around hundred pieces, the set features a yellow boat, a tree with a tricky trapdoor, a crocodile and three mini-figures (two workers and a scientist) with assorted accessories that include a digital camera, a magnifying glass and a box with a couple of tools.

The tree is rather unusual because it’s built with small pieces, showing at the base a small hideout with a few golden coins. In the branches, the researchers will also have to be careful with the big green snake. 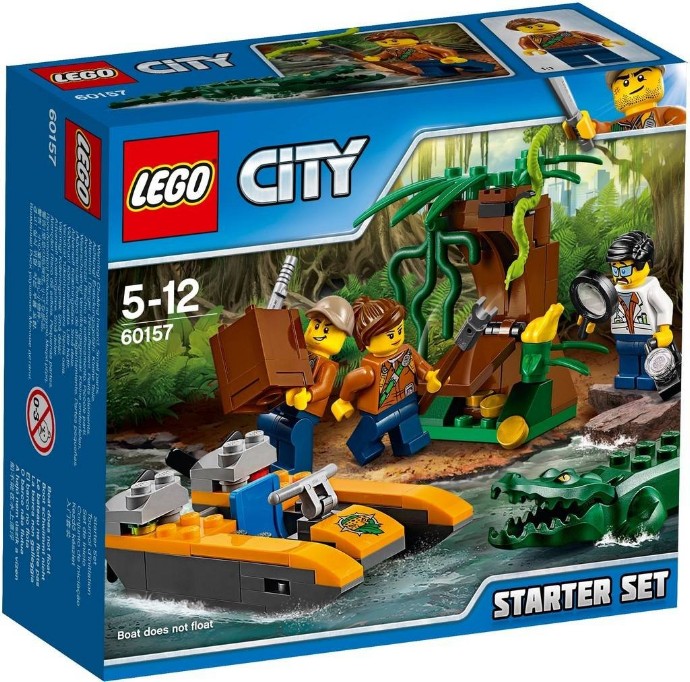 The Team’s boat looks also pretty cool because, just like the tree, it’s made with bricks instead of the traditional inflatable models. The pilot has a central seat with some handlers, and at the back, beside the space for the toolbox, there are also a couple of powerful engines and propellers to ensure the boat the appropriate speed. 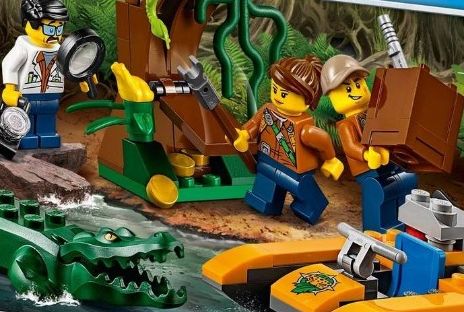 The mini-figures are new and they’re definitely accurate with pretty nice suits, being for sure a good extra reason to achieve the set. The Jungle starter set should be available on stores with a retail price around the ten dollars.