The Mobile Command Center is a new city set that shortly (probably in January) will be available on Retail. It’s not properly a new set in terms of idea but it’s definitely an interesting upgrade of the 2014 model, the Mobile Police unit (60044).

This new set has three hundred and seventy five pieces (exactly one less than the previous model) and features the Command Center (a huge truck with a trailer filled with plenty of nice features to enjoy), a small motorcycle, a red ATV, a dog and four mini-figures (three police officers and a thief) with a few accessories that include money, a couple of walkie-talkies and two blue lights.

The truck looks above all, quite sturdy. It’s not very long but shows a big and powerful engine with a black grid and plenty of lights. The cockpit seems to have the usual, a seat for the driver and the steering wheel and above, besides the emergency lights and the couple of hornets, the roof detaches easily to access the interior which is always interesting in terms of playability.

At the back, there’s the set’s highlight, the command center! Attached with a usual mechanism, this trailer is in my opinion smaller than in other previous sets. However, this time, it is nicely divided in three distinct sections, each one with its own tipper door. 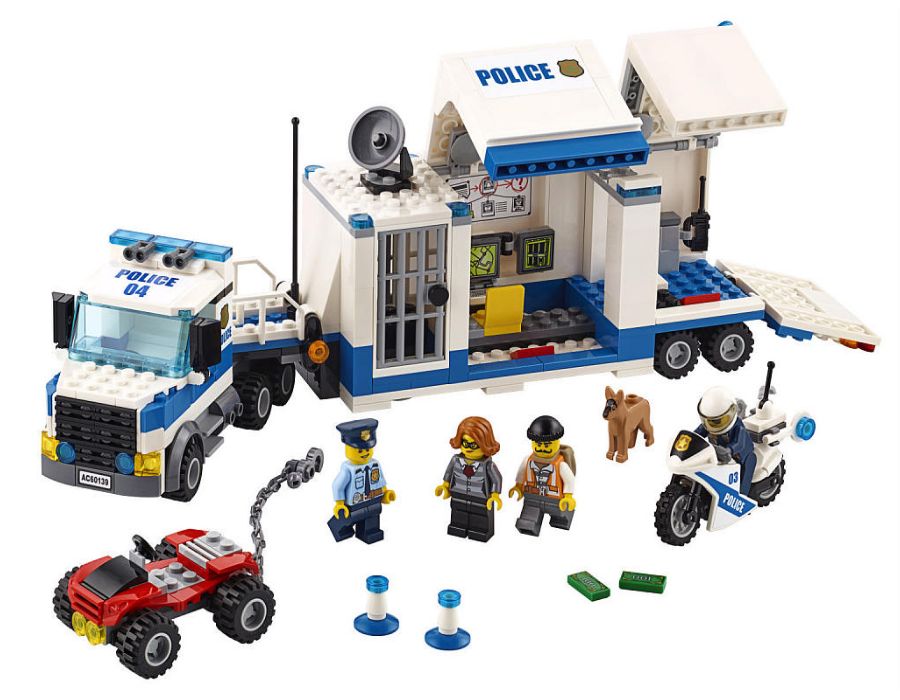 Easily, we can identify a small cell with a bars door for the prisoner, the command center in the middle with a couple of screens, a seat, a few wall maps and of course some communication resources.  Finally at the back, not only with a tipper door but also with a ramp, there’s a small room for the accessories and also, I presume, for the small bike. Globally it’s definitely a huge vehicle in terms of playability.

Having a look at the bike, it’s definitely a high speed motorcycle, with a new design and also driving position. At the back there’s space for a clip with the handcuffs and a blue light, and the only possible con that I see is that the front light seems to be a sticker. The red ATV also shows a new design and features a small chain at the back, probably to release the prisoner from the cell. 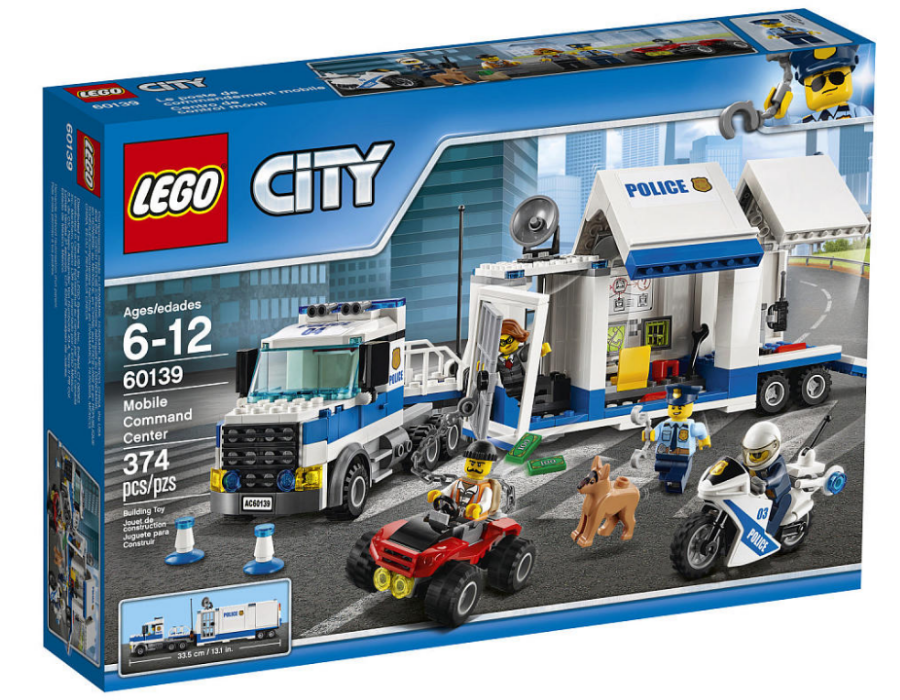 Overall, with an expected price around the forty dollars, it’s definitely a really nice police set, especially of you missed any previous version. The command center has a lot to enjoy and the four mini-figures, despite not being new are also pretty accurate. The set should be available in the beginning of the year. Enjoy the pictures!