Here is a ten dollars set that I will certainly not pass next Summer. I’m not the most enthusiastic Volcano fan, but I especially like these workers and the lime vehicles, so I think that it’s a great opportunity of getting a few of them without having to spend too much money.

This new starter set has only eighty three hundred pieces but features some really nice elements: a volcano ATV, a lava ball with some mysterious rocks inside, a small island with a hole with lava and four mini-figures with multiple accessories: the ATV driver, two workers and a lab researcher. 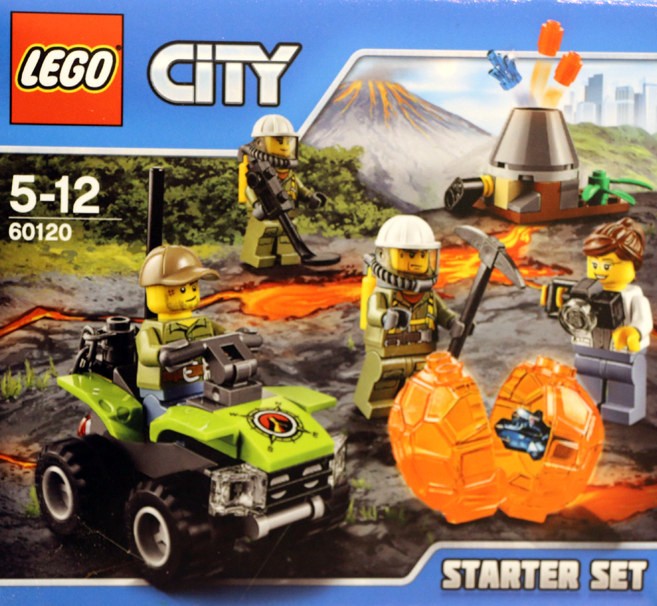 I like this ATV, it has a great lime color scheme and the sticker with the mountain right at the front gives it a real cool effect. The lights with the small grid and the bars at the bottom are also quite balanced and the driver has the usual: some handlers and a seat. At the back, there is also a small chain with a black bar, probably to pull the lava ball.

The Lavas island with the hole is also very funny and adds some playability details to the set. With a small trigger it’s possible to expel lava from the interior which is always cute in terms of idea. In practice we‘ll have to wait to see the effect. 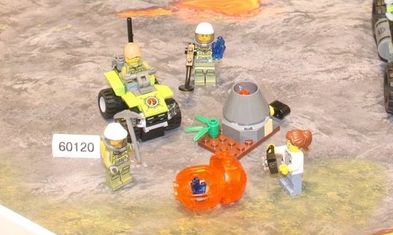 In terms of mini-figures they’re simply awesome, and definitely the main reason why I’ll achieve this set. Their uniforms have plenty of printed details, a nice color scheme, and they’re surely quite equipped for their tasks. Overall, for then dollars I won’t think twice, an ATV and four new mini-figures surely worth the value!