The Hangar is in my opinion the most attractive element of the set. It is big enough to handle with any of the tree planes (and also with some of other sets) and seems extremely easy to build. Six big pieces, usually used on many Lego sets are responsible for the “walls” and a small technique structure with big plates complete the roof.

Inside, there is more than enough space for any of the planes but I think that it can be only one at a time. In terms of detail, the orange line, all along the hangar, goes pretty well and I especially enjoy the double spot lights right at the front as well as the big sticker with the Air show hangar mention. 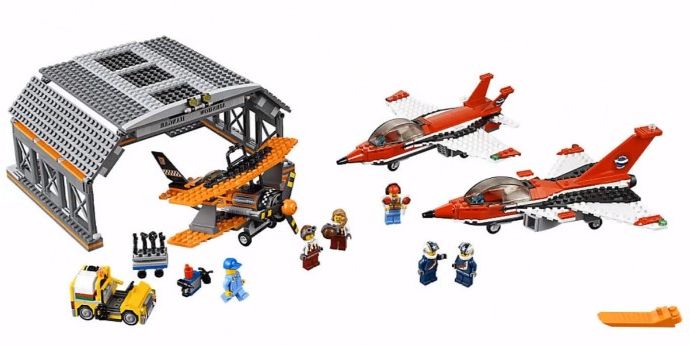 The two air jets are very similar and the main differences are clearly in the wings and tail. The cockpit right at the front is protected by a long and round windshield and inside it is possible to observe a nice seat for the pilot with some handlers at the front. The landing gear is the same and shows three tinny wheels in the same position.

Now the differences, which are easy to discover! First of all, the wings that are clearly wider in one model that in the other. Second the stabilizers in the tail which is simple in one model and double in the other! In terms of design I must say that the jets just regular, they didn’t impress me at all! 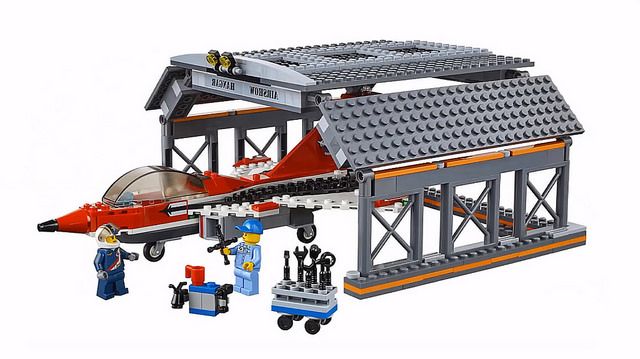 Having a look at the biplane, I think that is definitely more interesting. Mostly built with orange and grey pieces, which is a good color scheme, the plane besides the double wings has also some really nice details such as the multiple stickers all over the plane as well as the double cockpit.

The tiny windshield in the middle looks cute and at the same time supports the top wing that seems to have an extra bar probably to make some acrobatics with one of the pilots. At the back, the tail looks balanced and shows a nice black stabilizer that gives the plane a real cool look. 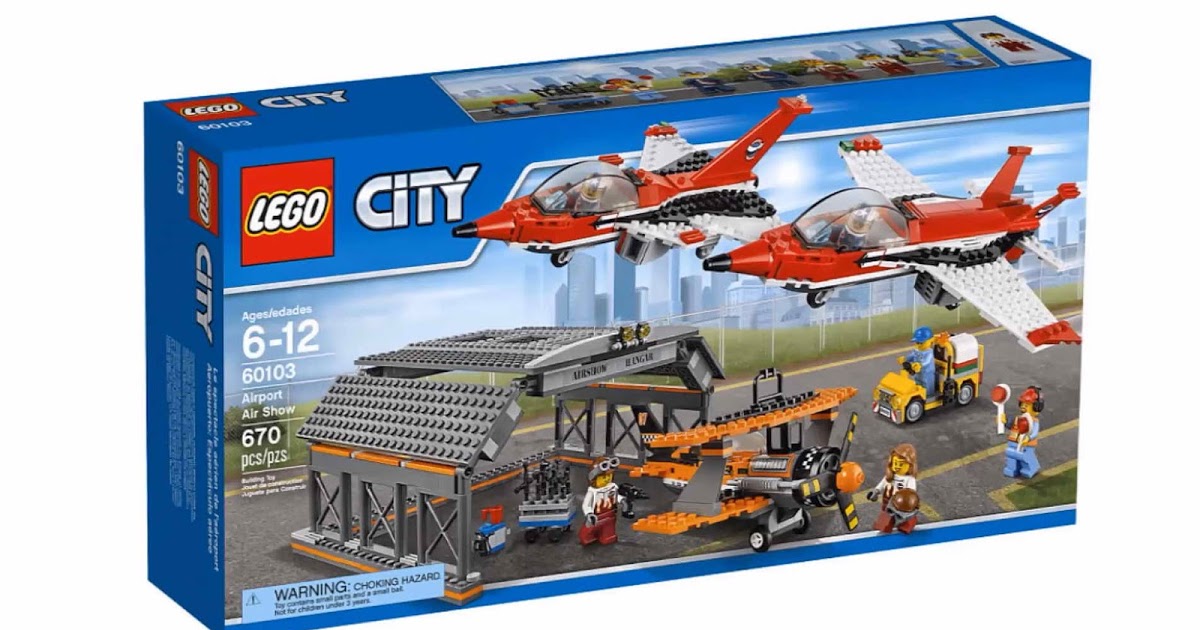 Finally in the ground, the small yellow car couldn’t be more efficient because on such a small size it features the engine, the place for the driver, some clips for the walkie talkies and at the back a small fuel tank. In terms of mini-figures I especially enjoyed the pilots’ suits that surely look very cool!

Overall if you like planes don’t think twice. The hangar is a rare element and the three planes, despite some minor details are also really good. The set should be available next June with a retail price around the eighty dollars which seems fair for a City set with almost seven hundred pieces. Enjoy it!