The first images of the new Heavy Haul Train have been surfing in the internet thanks to a Brickset User L@go that seems to be at Lego world Copenhagen. It’s always quite pleasant to see a new city train however, this time, I must say that I’m a bit disappointed for two reasons: first, the locomotive is a replica of the yellow 7939 (I expected something different…) and second, two of the wagons have once again a flat bed platform.

Looks like, at the first glance, that the train will have three wagons, besides the red locomotive, that will include a ore transporter and a couple of flat bed wagons that will carry a small helicopter and a backhoe and, of course, a reasonable number of railway tracks. Rumors mention that there might be a crane to load the ore into the wagon, which is a strong possibility at least according to one of the pictures. 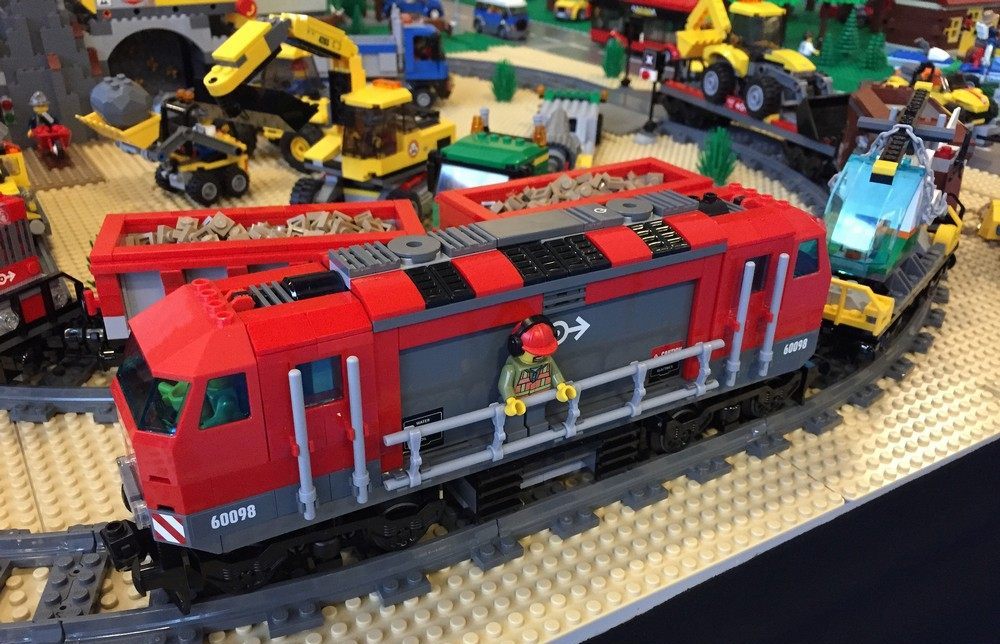 Having the look at the red train, the similarities with its brother are definitely huge, so I guess that those who already have the yellow model might be a bit disappointed. The two cabins use the same door brick and the inside, the space seems to be equal as well as probably the control panel.

The power engine has everything to be mounted in the same place and gladly all the structure have space to mount an additional lights kit. All around the train, especially in the middle there are also plenty of new details, namely the couple of small windows and the big bars all along the engine that seem to have a single stud space for mini-figures. The roof is also completely different from the 7939 model, featuring a new on/off button and eliminating the black electric connection. 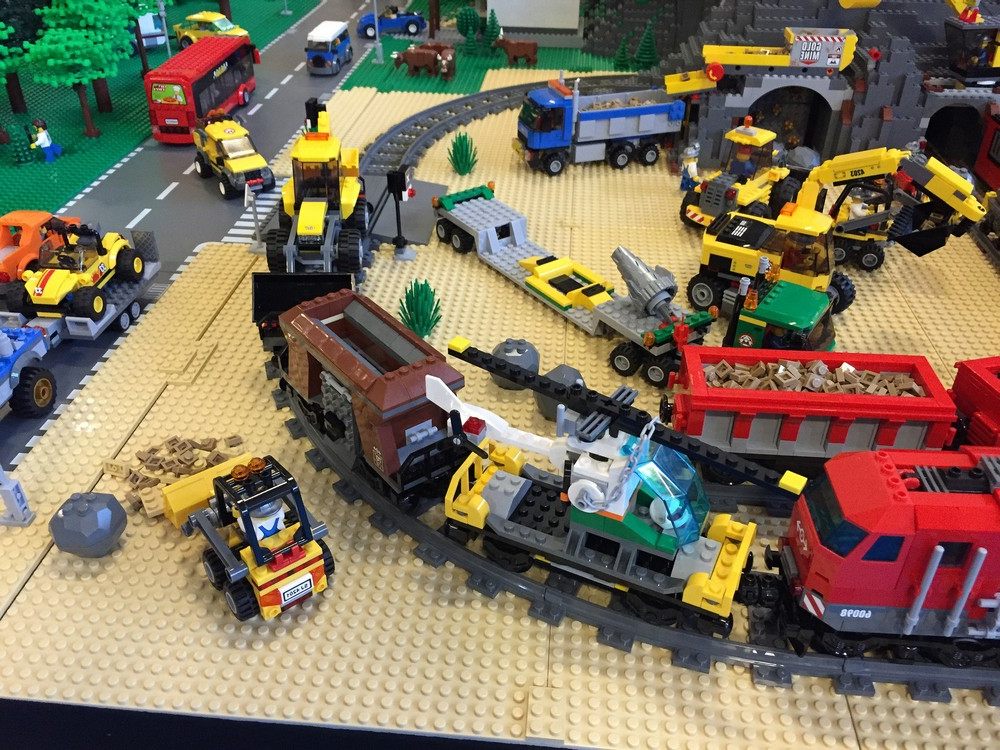 The flat carriages, which aren’t particularly enthusiastic in terms of building, look similar (the one with helicopter is slightly bigger) having the protection bar on the edges and the appropriate studs in the middle for a safe travel. The backhoe has also a few red bars and some extra chocks to increase safety and the helicopter has a small chain to block the propellers.

The ore wagon looks very nice and for me is surely the best of the three. Mostly built with brown pieces, it’s not particularly big (curiously this new set has two small carriages unlike the previous trains that only had one) but most of all it’s very useful and definitely will be a really nice addition to my collection. Inside there is more than enough space for dozens of ore pieces and on the outside there is what it seems a really nice door to unload the ore.

In terms of the two vehicles, they couldn’t be simpler (specially the heli). The backhoe has the essential elements to help with the ore tasks, namely a couple of blades that can move up and down easily and the helicopter has only a small cockpit with a traditional windshield that is simultaneously a door to access to the cockpit. Overall, more than a playability addition, they seem only to be carriages’ cargo. 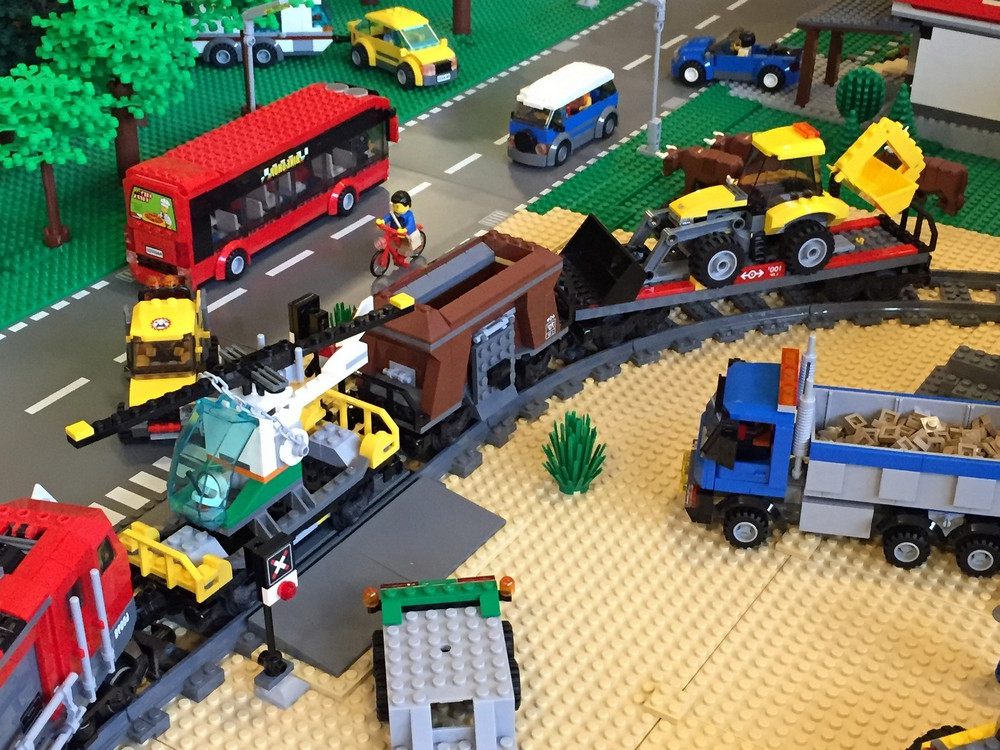 Rumors aren’t particularly exact if there is a crane or not, but adding a few speculation, if it is the model that can be seen in the pictures, it will surely be the best part of the set. It seems to be mounted upon a small tower with a few ladders and the big cabin seems to rotate easily with all the precision to load and unload the ore. The winch has a really long arm and can be easily controlled with a knob placed up on the cabin.

Globally and in my humble opinion, this new set is nearly a disappointment. It’s is obviously a must in terms of playability but for those who have the 7939 model, I guess that is absolutely a sort of déjà-vu. It’s a bit early to find any kind of news in terms of piece count, availability, prices or even mini-figures but I would say, as it concerns to these last ones, that we’ll see around four guys (at least a driver for the train and a worker for the crane are mandatory…) which has been the average number of figures in the last train’s sets. Please have a look at the gallery and enjoy!