The Deep Sea Operations Base is a new city set and one of the Deep Sea Exploration sub theme that hasn’t been seen yet. It is considerably big, with exactly nine hundred and seven pieces and features a blue sea plane, the operation base, a submarine, an undersea transport, some sea life that includes a shark and a small hide with a treasure chest, and five mini-figures (two divers with assorted equipment, the plane’s pilot, the base researcher, and the submarine’s pilot).

As you can see, this looks absolutely a fantastic set in terms of playability, joining different types of vehicles and I can’t imagine its potential of fun if we join it for instance to the Exploration Vessel for instance. 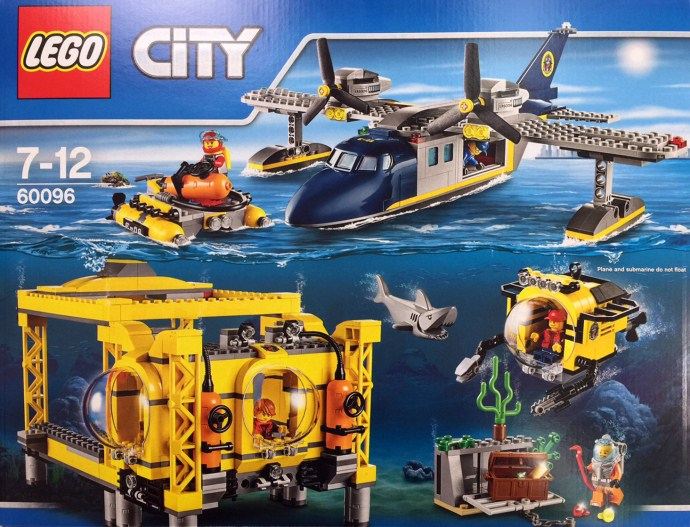 The main attraction is obviously the base which having a quadrangular shape, has also four pillars which puts it above the sea floor, allowing the shark for instance to hang around it. The interior is protected by a pressurized door and two big bubble windows that, together with two orange oxygen bottles, provide all the comfort to the operations areas. The interior has also plenty of equipment, namely computers, a flat screen, sonar, a couple of seats, a fire extinguisher and even some clips with a flash light and a harpoon.

The outside area has a great platform with space for the subs and a crane that easily slides back and forward to pull them from water and access the base. Around this part, there is also space for an extra oxygen bottle, a couple of ladders on both sides, and also two spot lights. The base and the platform can also be easily opened in order to access the interior and enjoy all its features. 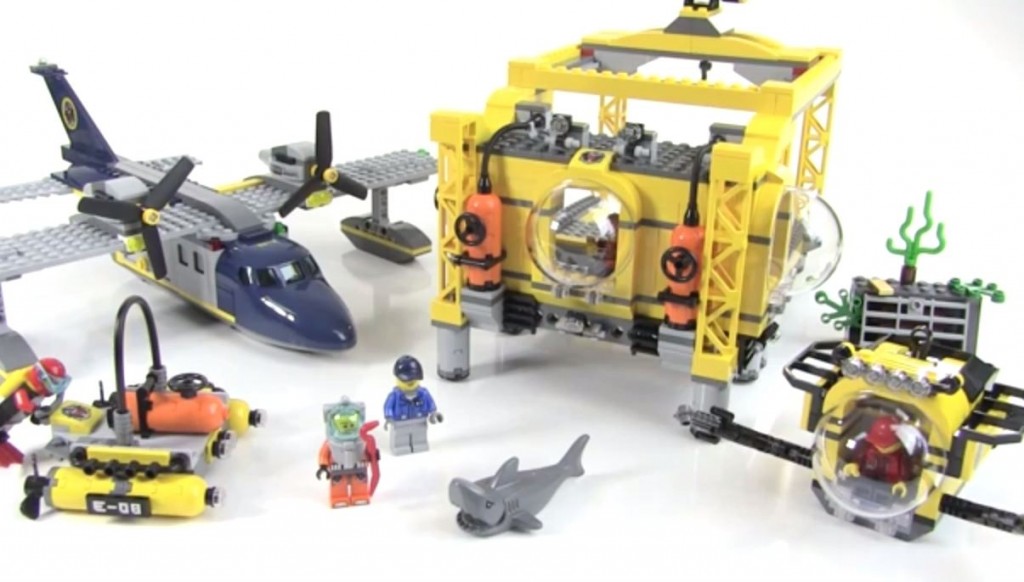 Having a look at the sea plane, I would say that, at the first glance, it is not much different from other city models but definitely it brings some features that make it unique, namely the two floaters and the two doors that open up and down, behind the cockpit, giving access to the cargo compartment.

At the front, the nose is easily detachable, giving access the cockpit, which looks very simple, showing only a small steering wheel and a seat. The wings are also placed a little higher than usual and support the necessary space for the two engines and propellers that provide the flying power.

The Submarine has a single person cabin with another bubble window and two nice robotic arms just aside it. The left one has a saw, probably to break the bar door that contains the chest and the right one features a couple of claws in order to grab it and take it to the base. As an addition, the little sub brings also some powerful lights at the front, a couple of protection bars on both sides and two small propellers at the back.

The small transporter looks also pretty nice, showing at the back a sort of piloting position with some handlers for the diver, two big floaters in the base and a sort of cargo area that will allow among other things to transport an oxygen bottle to the base. The flat area has only a single stud but I think that might be enough to pin some small elements. 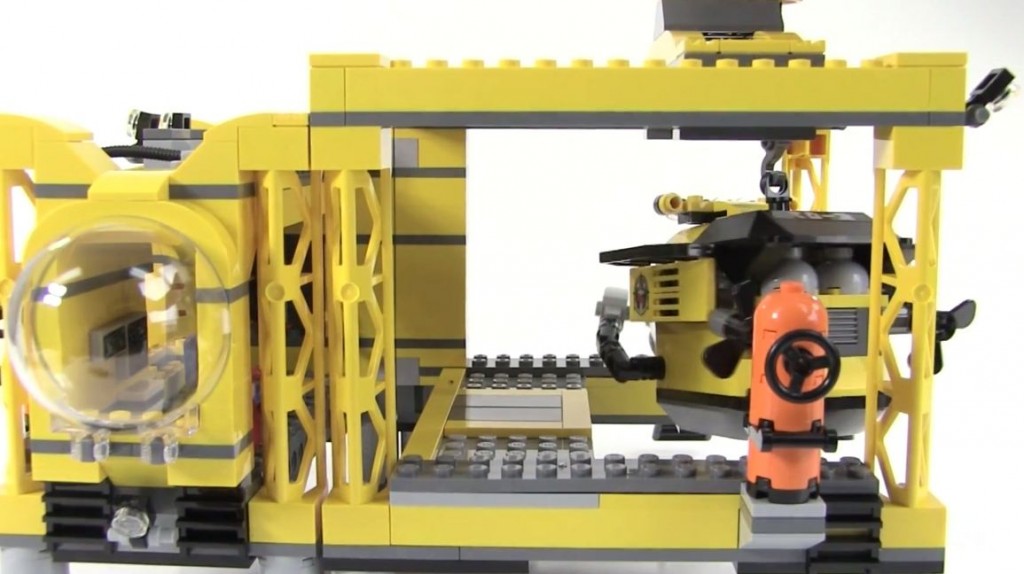 Finally, the chest’s hideout is well disguised under a big rock with a bar door and sea life all around and the divers will surely have to use the saw or even the crowbar to break it. Talking about the mini-figures they’re nicely accurate and all of them bring plenty of nice accessories and tools to play with.

Overall, I would say that this surely a fantastic set with plenty of vehicles and features to enjoy, and a decent price, if we attempt to its piece count. The bad news is that this will be probably a retailer exclusive, so unfortunately, you won’t find it so easily. Have a look at the gallery and enjoy!