The Deep Sea submarine is a 2015 City set that belongs to the Deep Sea Explorers’ sub theme, and will be available in the beginning of July. It brings exactly two hundred and seventy four pieces that are responsible for a pretty detailed yellow submarine, a small rock with a treasure chest, a shark and three mini-figures (two divers and the submarine’s pilot).

The yellow machine is a highly detailed submarine with lots of interesting features everywhere. It uses two big grey floaters that will not only help it when it’s time to came back to the surface but will also give the pilot an extra power when it’s time to move the sub in the deep ocean. 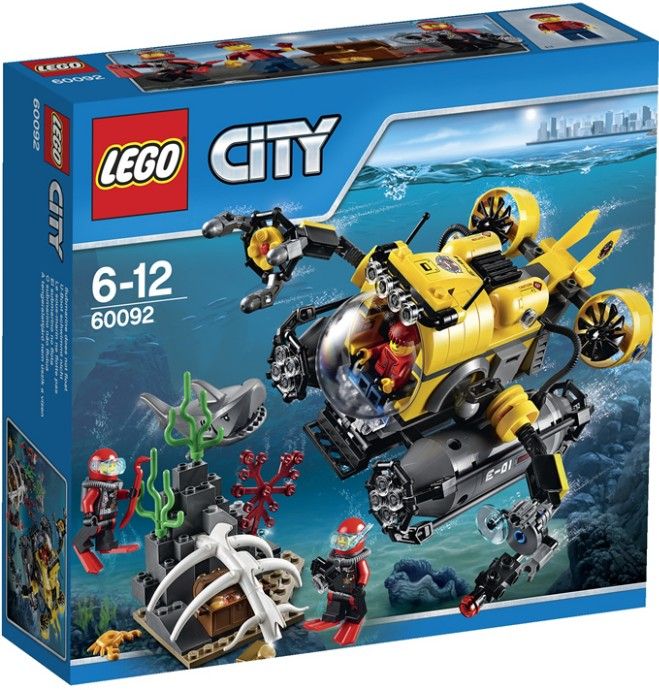 They are equipped with two black protections and at the front, four power lights on each side are ready to illuminate the water. The cockpit is placed just at the front and ts competently protected by an oval windshield. Inside it’s possible to see some handlers for the pilot and behind his seat, an extra room to store some tools or who knows, to transport an extra mini-figure.

On both sides there are two long arms that not can assume several positions but also are able to perform several different tasks. The right one has a big claw to grab objects and on the left there is what it seems a sort of weapon or tranquilizer. The engines are pretty big and are placed, like two extra oxygen tanks, just behind the cockpit. 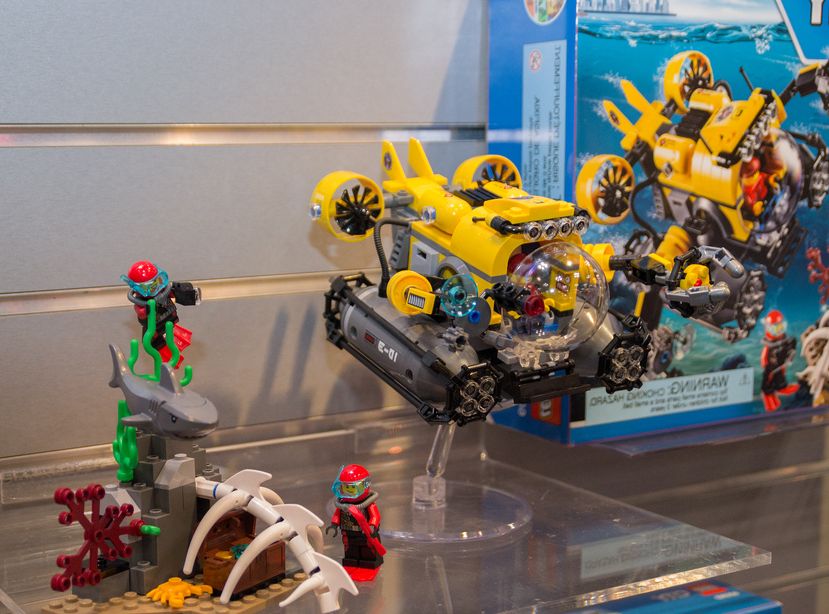 At the back, besides the two stabilizers, there are two big propellers that will be the primary responsible to move the submarine. In this set, the deep sea exploration involves a mysterious chest placed, next to a big rock, and covered by a white plant which will difficult the divers’ job to access it. The sea bed is nicely represented with several plants and also a sea star.

The three mini-figures are quite well accurate and look definitely a nice addition to any figures’ collection. The two divers seem similar, however they bring different accessories. Overall it looks absolutely a really nice deep sea set with lots of features to play with and if follows the City sets’ trend, it should retail around the thirty dollars.