The Utility Shuttle is a new Space set that will start retailing next summer, during the second wave of sets in 2015. It brings only hundred and fifty five pieces and features two interesting astronauts with really nice suits, a small satellite and of course the shuttle which being simple in terms of playability is on the other hand, pretty nice in terms of design.

This City Space Shuttle model isn’t properly new, I can remember for instance the 2011 set, 3367, however I think that this one is probably one of the smallest creations of this model that Lego has ever made. 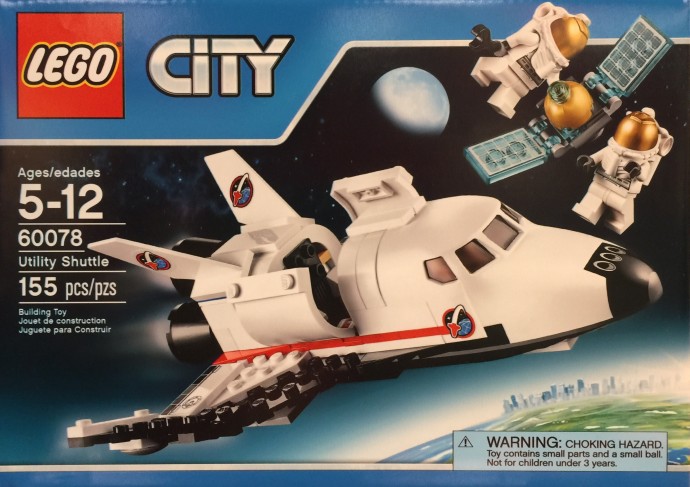 The cockpit has a really long and traditional nose with plenty of small glasses with a small sticker below and inside has probably only the appropriate space for the pilot and a few control panels. It doesn’t seem to open immediately but I guess that it’s easily detached just by removing the small brick on top.

Behind the cockpit, the round structure opens and shows and additional compartment for the second astronaut and probably for the satellite. The small wings are black and white and the edges can be easily raised. At the back, the three engines and the couple of flying stabilizers definitely give the shuttle a very cool look. 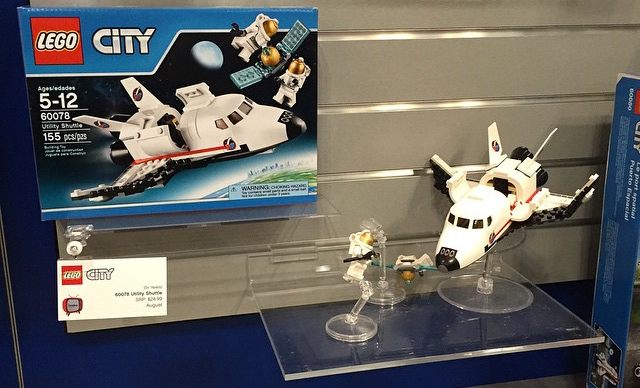 The two astronauts look similar with two white suits, golden helmets and, of course, the usual oxygen bottles. Overall this will be absolutely a great opportunity to get a Shuttle for a cheap price. The mini-figures look very cool and I would say that for a bit more than fifteen dollars it will definitely be a must for the Space fans.