The new Space Starter set looks a really nice option to get some new additional space figures for a fair price. With only hundred and seven pieces it features a small ATV with some interesting details, four mini-figures (an astronaut, a driver and two explorers), a control panel and a few additional accessories.

Just like most of these entry line sets, the playability and features aren’t much but the fact of bringing four guys in such a small box, is definitely a good opportunity of acquiring some extra figures without having to spend much money. 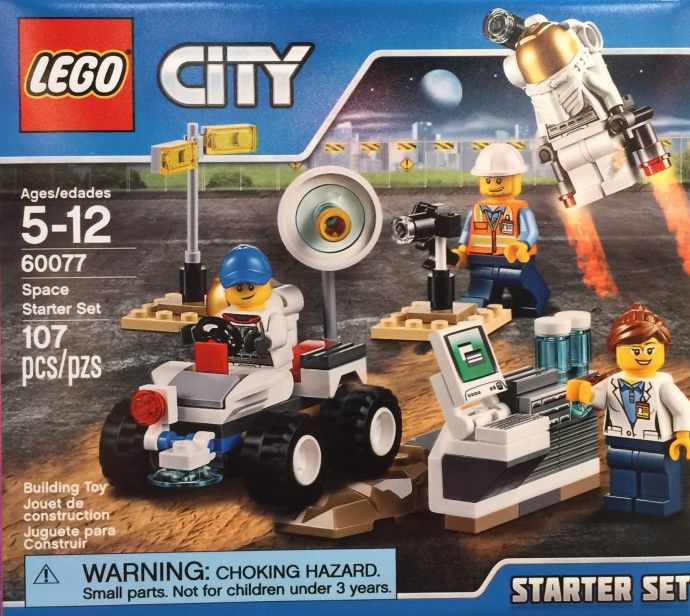 The Lunar ATV looks pretty interesting with a couple of nice details, namely the big satellite dish at the back, a red light and a metal detector just at front or even the front wheels arches slightly raised compared with the back ones. The driver has also a nice seat with a red steering wheel and I guess that with careful, a single stud can be arranged to carry the digital camera. 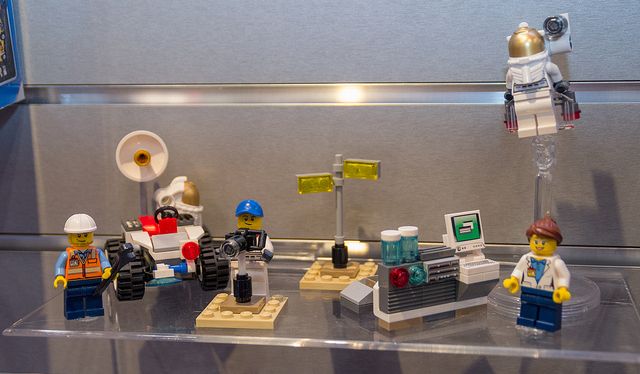 The small control panel seems to have all the necessary tolls to process all the collected samples namely a computer, a digital panel nearby and a couple of bottles with a red and blue lights. The mini-figures look nicely acquired especially if we look at their torsos and the astronaut is of course is the main attraction featuring a sort of jet pack and a golden helmet. 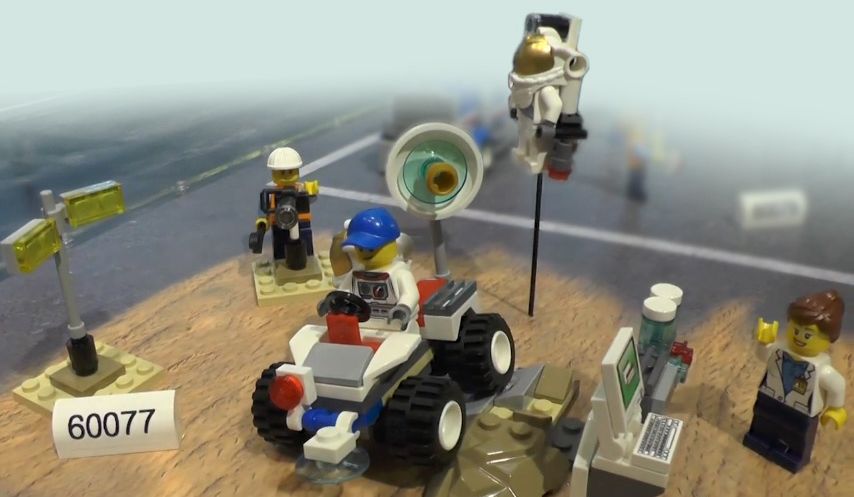 Overall, I guess that this Space starter set will probably be one of my space’s acquisitions for this year, mostly thanks to the mini-figures which I personally enjoyed. The set will hit stores in the beginning next summer and should retail around the ten dollars.