The Demolition site is another city set that will be available next month. With exactly seven hundred and seventy six pieces, it is the biggest set of this new wave and features three construction vehicles (a loader, a truck and a demolition machine), five mini-figures (constructors with different suits) and an uncompleted building in ruins.

Besides these major elements the set brings also a wheel barrow, a traffic sign, a garbage can, and lots of additional accessories for the workers such as dynamite, additional bricks to load and unload and tools such as a pickaxe and an electric saw.

Don’t try to compare these three vehicles with other older or similar construction sets, it wouldn’t be fair, otherwise you wouldn’t get so much playability in a single box. For instance there are surely better construction trucks than this one however for its size and sometimes looking a little “Playmobil”, I would say that it’s not bad at all.

With small measures it has a reasonable cab with glass in every part, being the roof the only access to the interior. The wheels are considerable big if compared with its general size but at the same time they look quite realistic. The tipper bed at the back works pretty fine and allows transporting a good quantity of bricks. 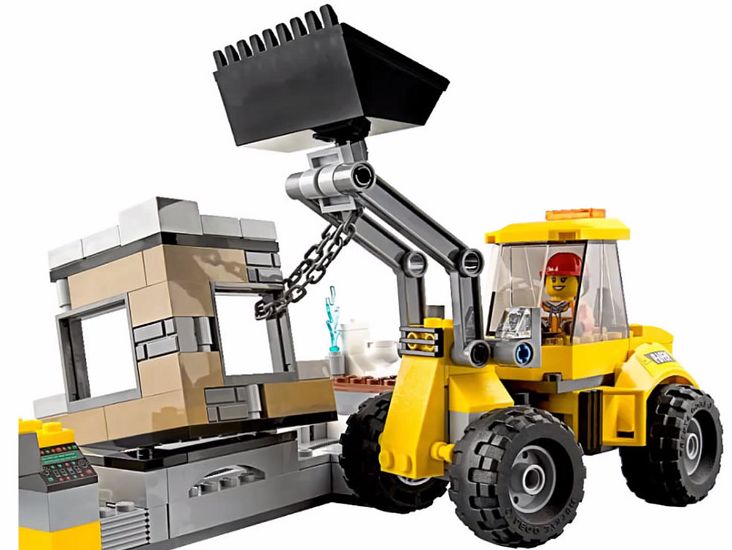 The loader looks also very competent in its job and besides transporting the bricks to the truck, it also helps in the demolition process thanks to the chain that it has next to the shelf. The central cab is similar to the truck as well as the wheels that are even slightly bigger than the ones of the truck. The black shelf and the few adjacent technic pieces work perfectly and with all the necessary balance.

The demolition machine is clearly the biggest and most detailed of the three. The central platform that includes the cabin is quite large and rotates 360º degrees. Most of the space is occupied with the necessary elements that will support the big and long winch. With an interesting mechanism that includes a few technique pieces and a thread, it features on the edge a big ball with the necessary weight to take down the walls in ruins. With the ball in the appropriate angle I think that it won’t be hard to do it. 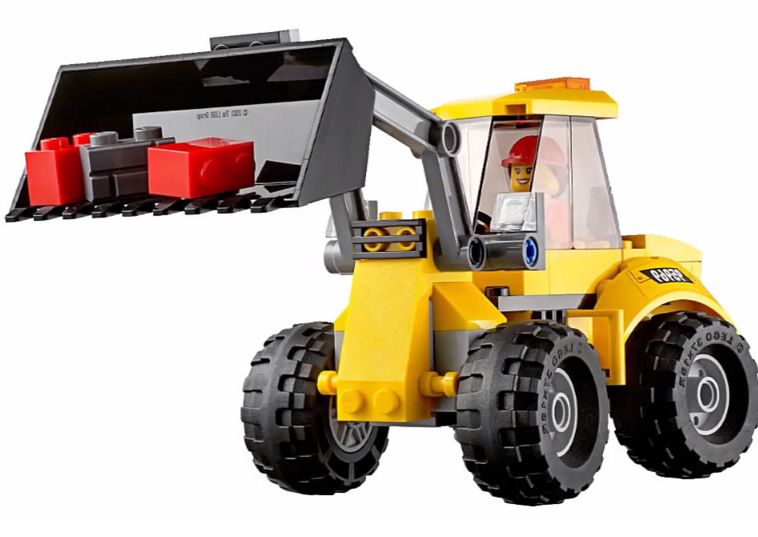 The building, or what is left of it, has basically two walls in bad conditions, which is easily suggested by the combination of the grey bricks with the painted parts. The several elements can be easily separated, it possible to see that some of them are only attached with a couple of studs, which seems great when it time to rebuild the wall. The mini-figures, despite being usual city workers, seem pretty nice with the special detail of being different from each other which doesn’t happen every time.

Overall it’s definitely an interesting city set with plenty of stuff to play with. The three machines have different levels of detail (the demolition bulldozer is clearly the best) but all of them have nice things to enjoy. The price won’t be cheap, it should retail around ninety dollars, but according to its size I would say that is fair.