The Excavator and Truck is a new 2015 city set with exactly three hundred and eleven pieces that features a yellow excavator, a blue truck, a conveyor, a couple of mini-figures (two constriction workers), and a few additional accessories such as a box with dynamite and tools for the workers and a few bricks to load and unload from the truck.

The set looks incredibly awesome in terms of playability featuring a load and unload cycle of the several bricks through the three different elements that are part of the set. The idea is to grab the pieces with the winch, put them in the conveyor and then load them into the truck. Once loaded, they easily fall just by triggering the tipper door at the back and then the all process can be started once again.

The blue truck isn’t much different from the 2012 model, dump truck (4434), showing basically all the same features. The cab at the front is, in my opinion, a bit uglier than the orange model and honestly that small black grid with the yellow lights definitely didn’t convince me at all. 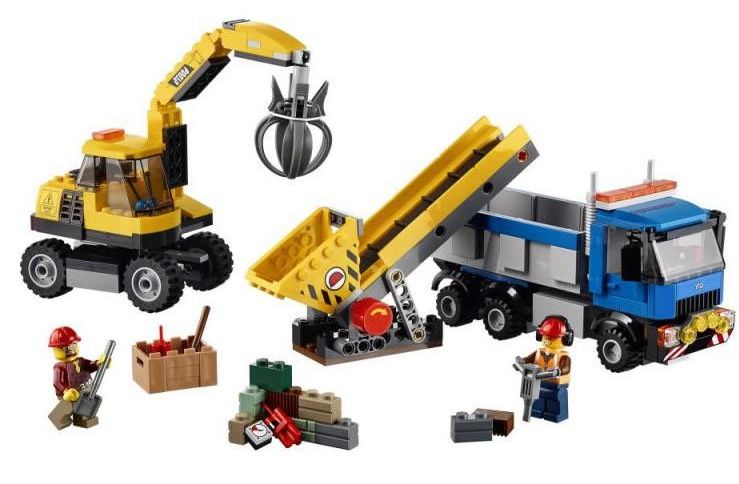 Inside the cab we can find more of the same, a seat for the driver, the steering wheel and the traditional red mug. The roof is easily detachable as usual and the small side doors give the truck a more realistic look. Just behind it the trucks bed is considerably large and has a tipper mechanism that allows loading and unloading the bricks in a very easy way. 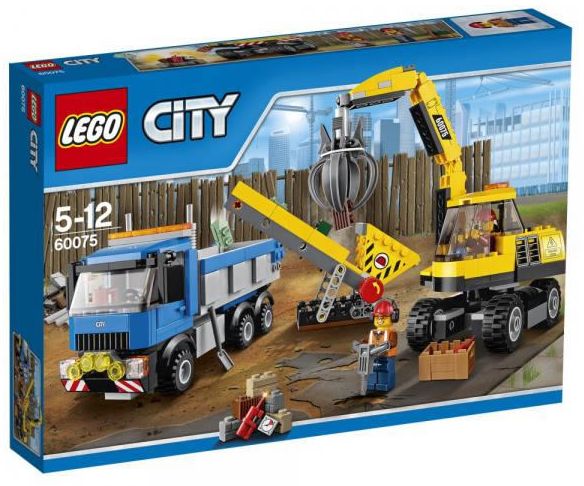 The excavator is above all, very competent. With a sturdy platform, the cab can rotate the 360 degrees and grab all the pieces that are around. Inside, there are only a couple of handlers and the only way to access it seems to the through the roof that looks easily detachable. Next to it the winch assumes all the leadership. The claws have a nice rubber band that allows it to grad the pieces with plenty of strength, despite not being easy sometimes to hit the target. 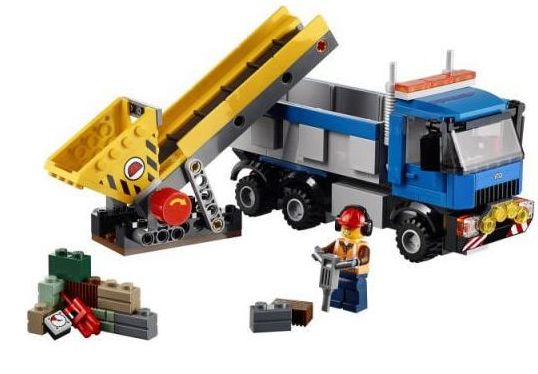 Having a look at the conveyer, it’s is definitely a rare feature that worth the set’s acquire by its self. Built up on some technique pieces, it has a nice rolling platform with the exact height in order to all the bricks might fall easily into the trucks bed. The platform seems to be made with small black pieces and can easily be controlled with a knob just aside the yellow box, whither the excavator initially puts the small bricks.

Overall it definitely seems one of the best City sets of the new 2015 wave in terms of playability. The mini-figures are regular construction workers (a third one would be welcome…), there are lots of additional accessories such as the dynamite, the timer or even the jackhammer, and if we look at the price, around thirty dollars, it’s absolutely a really nice acquisition.