The wings look pretty balanced in terms of size and bring a lot of different lights on multiples places. Finally the tail features a usual structure in this kind of plain including the big stabilizer with a blue sticker. Talking about stickers, this plane brings a few of them, mostly, as you can see in the picture, around the cockpit.

The truck isn’t very pretty, I must confess! With straight lines, it is equipped with large wheels and a big engine with an extra air grid placed just on top of the hood. The cab brings the usual, namely a steering wheel and a driving seat for the crock but at the same time looks pretty simple with no side doors or rear mirrors. 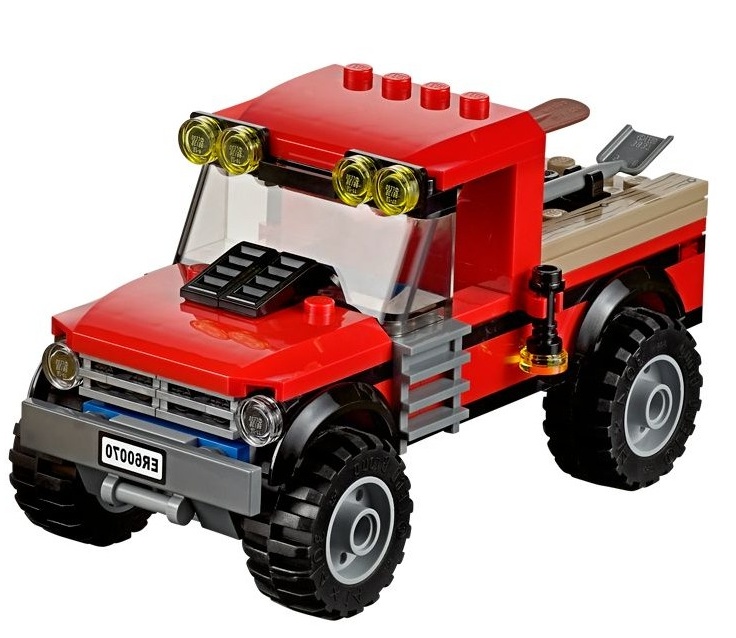 The trunk is perhaps the best part because it uses not only a couple f of brown printed tails with clips for a paddle and a shovel but also because, this small brown structure hides an extra hole with plenty of space for the stolen money or perhaps, with careful, for an third mini-figure.

The small island is another interesting element, presenting an additional hideout for the cash. Finally a word for the mini-figures that not being new at all, are always a good addition for the town. Cops and thieves are never too much! 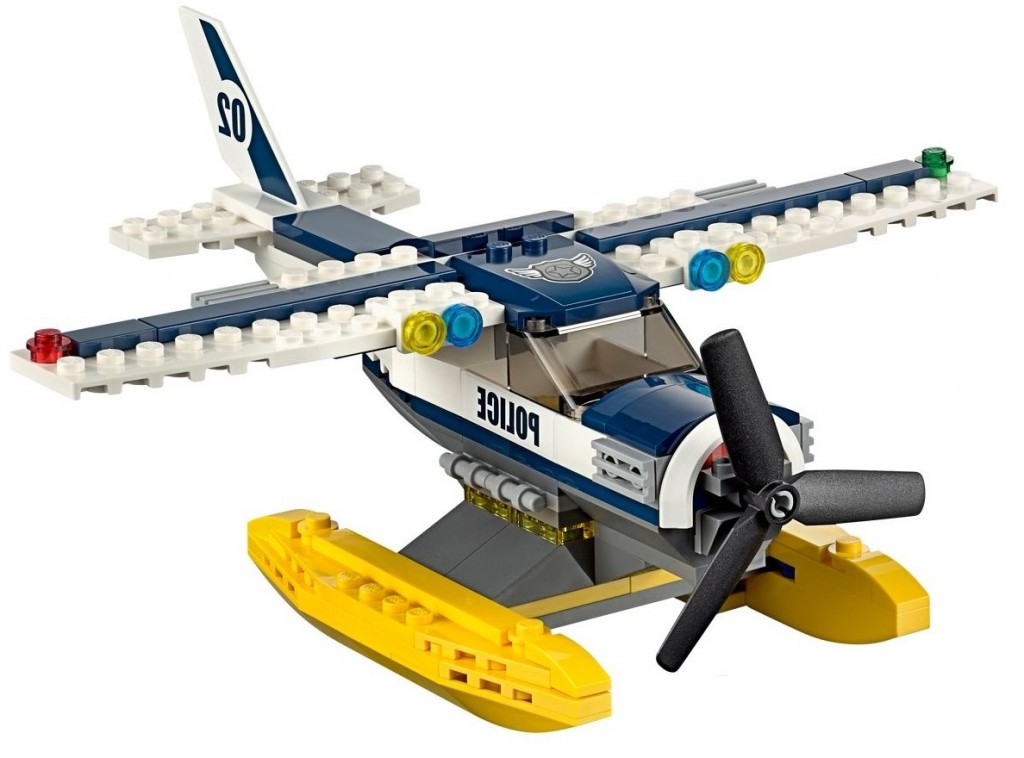 Overall, for around thirty dollars I would say that this new city set seems a great option in terms of playability. The water plane is definitely my favorite and the truck despite my doubts in terms of design is also a nice vehicle for the robber’s escape. Unfortunately the available pictures in the moment are almost none but I think that these ones already give us a good perspective of what is coming! Enjoy it!