The Swamp Police station is a new city set that will be released in the beginning of 2015. With more than seven hundred pieces it features the Police station, two boats, an all terrain Police vehicle, a small motorcycle, six mini-figures (two robbers and four police officers) and a few additional elements such as a crocodile, a dog and a small island.

At the first glance, I wouldn’t say that is more of the same but if you remember the 2012 model, Forest Police Station – 4440, you’ll get a little feeling of déjà-vu because of their huge similarities not only in terms of concept but most of all in terms of color schemes.

The building structure looks quite nice in terms of playability being the cell and the office, on both edges, connected with a sort of bridge, and in middle of them, below it, there’s an empty space with more than enough space for the boats to navigate across the swamp. 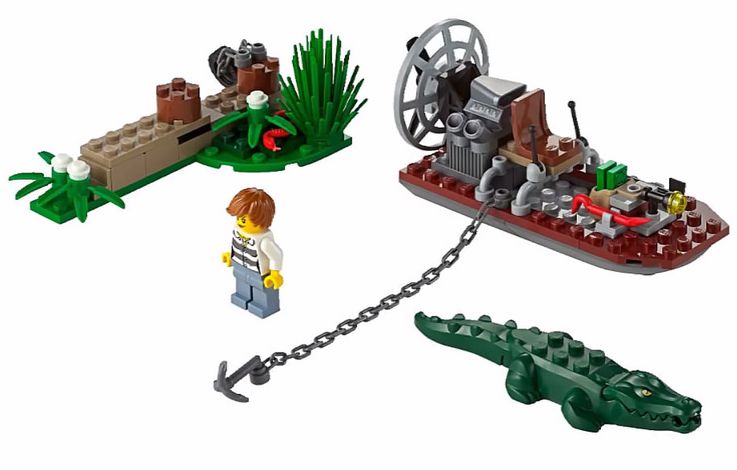 The cell is built upon a sand plate and inside, there is more than enough room for the prisoner. Forgetting the fact that in the back there is no kind of wall, I would even say that the cell has plenty of light, more than he deserves. Just aside it, there is also a brown ladder that allows to climb to the bridge and access to the office. With plenty of lights, the bridge has also a big antenna that certainly will ensure all the Station communications. 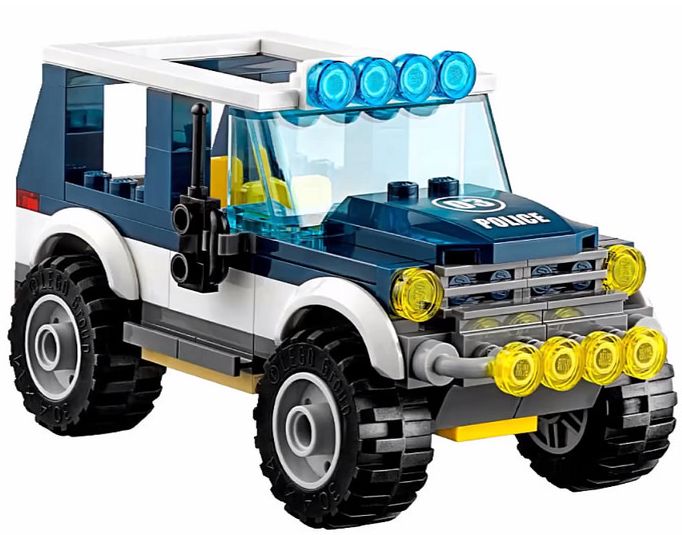 Crossing the bridge to the other side, we can find the police headquarters which is not too big. With a blue wall and some windows we can see through the doors that inside there is a small screen , probably from a computer but I think that is not hard to imagine some extra things like a couple of seats, a coffee machine and some coffee cups. Outside there is space to enjoy the view and watch the prisoners. In the roof, besides the outdoor we can also find a couple of powerful spotlights. Below the office in the water level there is a small space with the right measures for the car park.

Having a look at the jeep, it definitely looks quite sturdy. With big tires, a big grill at the front with plenty of lights and a raised suspension, ideal for this environment, this police car has another interesting and unusual feature: it has no roof which at the same time is a bit weird when it’s time to arrest the thieves. Inside there is the usual: space for the steering wheel, a yellow cup and some space at the back. 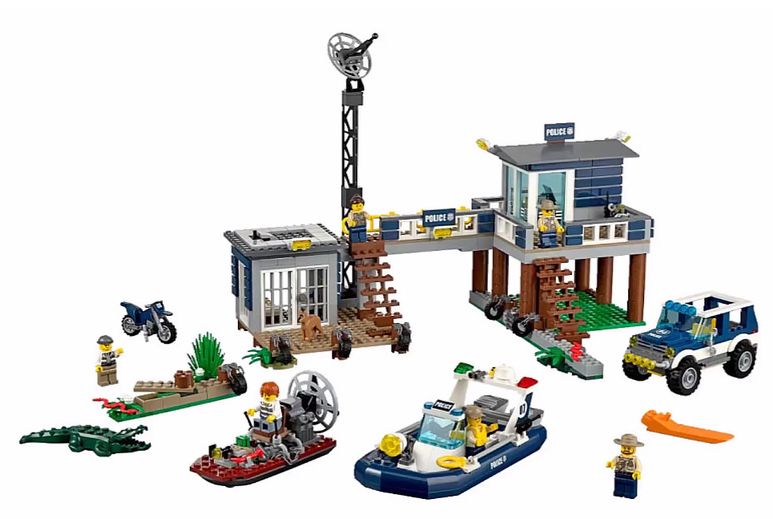 The police boat is more of the same, the blue inflatable structure with the engines at the back isn’t much different from previous models. With a big white aileron at the back with lights and antennas it has, inside, a nice cockpit, a big and movable spotlight, walkie talkies, a life buoy and life jackets for the cops.

On the other hand, the small thieves’ hovercraft looks absolutely unusual. With the engine and the big propeller at the back, it has in the middle a seat with some handlers and just in front of it some clips for the light and a chain and a crowbar to pull the cell grids and release the arrested thief which is already a usual feature is the last released police stations. 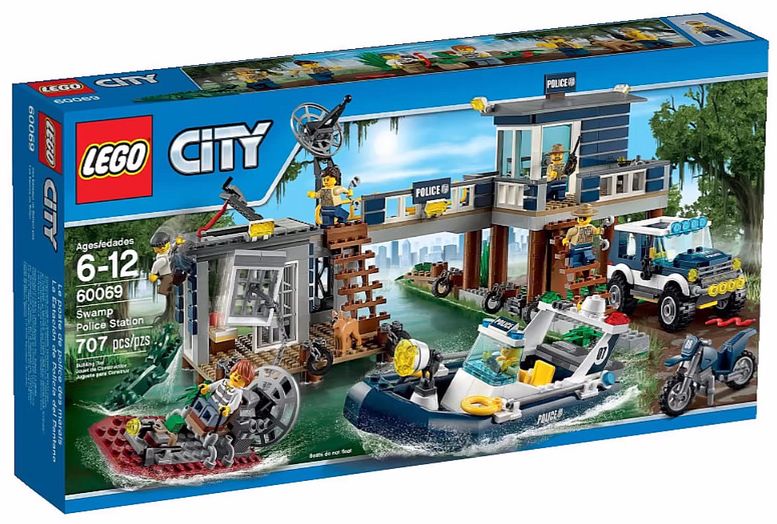 The blue motorcycle is also an usual vehicle similar for instance to the ones of the dirt bike transporter (4433) and finally the small island ,which I think that belongs to the thieves, has also, among all those bushes, an hidden hole to store the stolen money. Finally a small appointment about the mini-figures: one the robbers have a new hair cut, there is a new female officer and as far as I can see in the pics, their suite are slightly changed if compared with the forest police!

Overall this head set is a must. As a central headquarter of the new swamp Police, it has plenty of stuff to play with. The building isn’t very big but it has some really nice features, the three vehicles are also very nice, especially the Hovercraft and the mini-figs despite not being new are surely a nice addition. Now comes the worst part, the price. There’s no official information until the moment but don’t except anything less than eighty bucks! Enjoy the pictures!