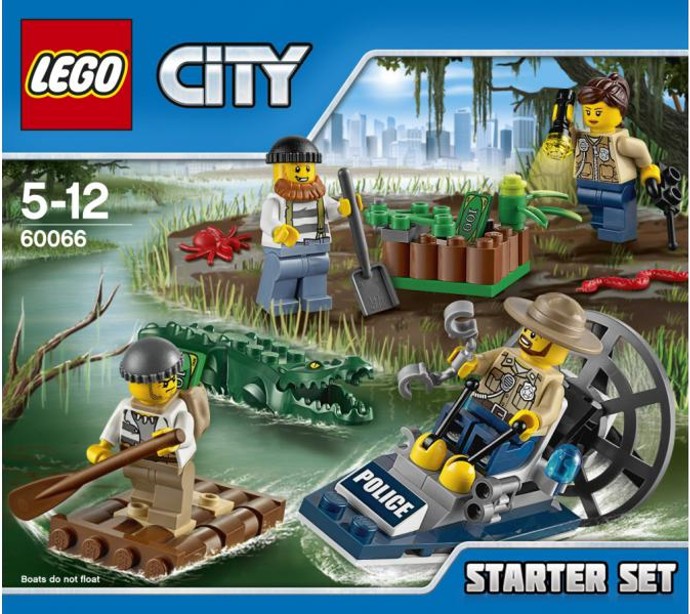 The police swamp vehicle has a task in this set and the job is to pursuit the crocks’ raft which looks quite simple to build, having also an interesting detail: a couple of bricks with two studs that will allow to transport the robbers without falling into the dangerous waters where the croc and the red snake are surely waiting for them.

The mini-figures are also an add value because normally it’s not easy to find four guys in such a small set and also because they’re definitely pretty accurate and with some new great details, especially the crocks. Overall, for ten dollars, this looks absolutely a must, most of all thanks to its great value for money.