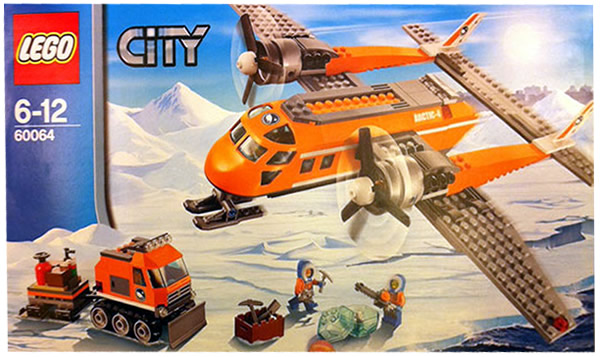 The plane’s body includes a big cockpit that seems to have an extra space just behind it and looking to the picture, definitely, it has everything to have, at the back, a lifting door with access to the cargo compartment. The engines are placed on the wings, just next to plane’s structure and use two propellers with what it seem to be a new rotor’s brick.

In the ice, the small snow plow vehicle looks quite equipped. With a couple of crawlers it has at the front a big snow shovel , the cab for the driver with plenty of lights everywhere and an extra compartment at the back, probably to store some equipment. Finally, the trailer that runs under skis is nothing more than a second element to carry some extra goods in the expedition.

This new set that has just started retailing in a few markets will cost around the sixty dollars. There is no kind of information about the number of pieces that it will bring but according to the price it’s not hard to preview something around the five or six hundred.