It’s always a pleasure, each year that passes, to see the official images of the new advent calendars, not only because of the good news but most of all because, just like the winter sets, these set boxes are filled with color and Christmas spirit with plenty of snow, gifts and happiness.

And this one absolutely follows the rules, bringing some really nice accessories that are always good additions to a town and seven mini-figures which this time, with the exception of the Santa Claus, look too common.

The seven mini-figures include besides Santa, a couple of police officers with blue suits, a robber, two kids and a pastry chef. There is also a dog and a small snow man, made with several bricks with a black hat on top. Beyond these guys there is also the traditional bunch of different Christmas elements. 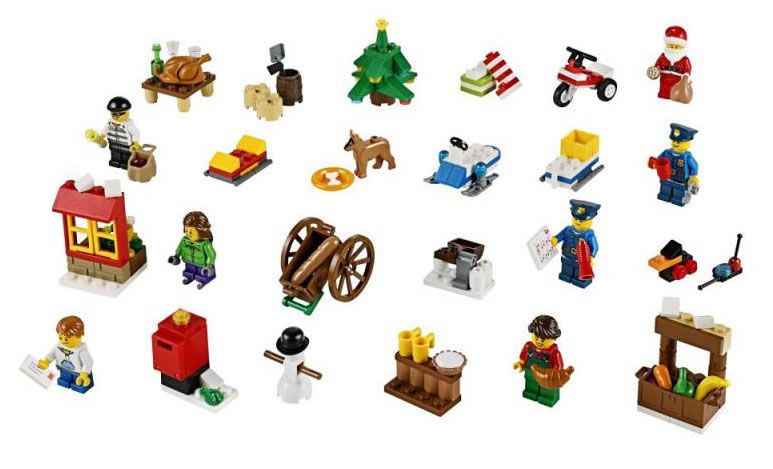 Looking to the pictures, we can easily identify a small bakery, a table with a turkey on top, a small Christmas tree, some gifts, a sleigh and a tricycle for the child, a small catapult for the snow balls, a cannon and a mail box, among a few others things. There isn’t for now any kind of information about its size or exact price but it’s not difficult to imagine the usual, thirty dollars and a bit less than three hundred pieces. 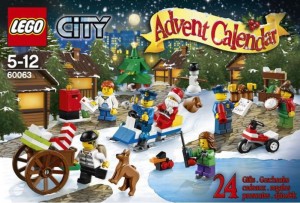