Finally the 2014 sets are being unveiled with a faster rhythm and among them, there are some that definitely look awesome such as this new City Auto Transporter. I’ve said before in a couple of rumor posts that I was quite excited about this truck but just as I saw this first picture I have no doubts that this is a must have set just as it hits the retail stores!

Previous rumors mentioned that this might be an eight stud truck but gladly it is just an average size vehicle, in terms of width which is excellent in terms of playability, especially in the road plates. On the other hand it’s quite long but there is always the possibility of detach the trailer and park it somewhere in town. 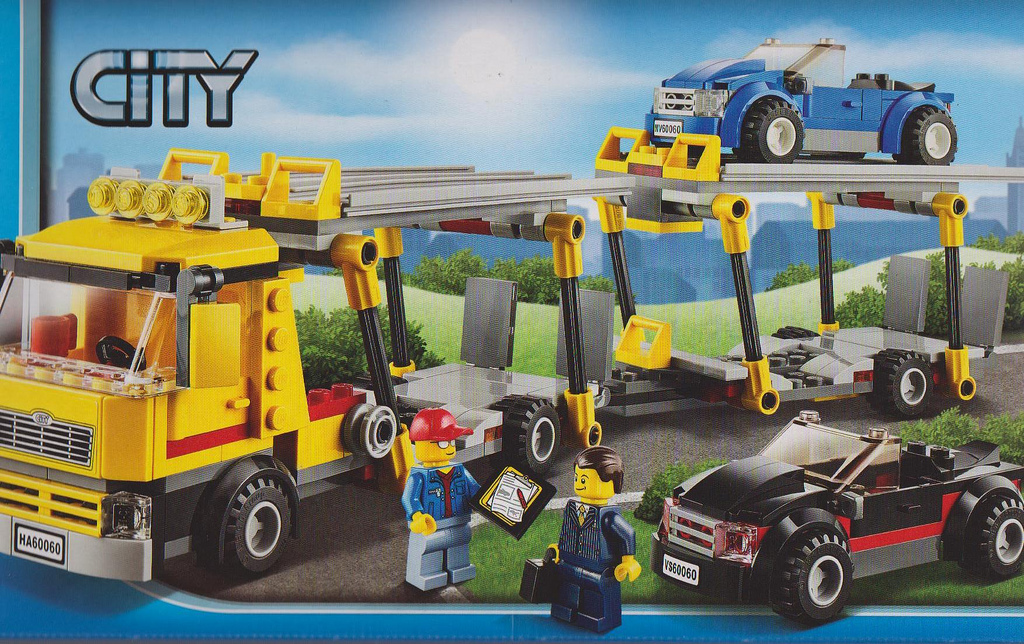 This new Auto Transporter brings about three hundred pieces, perhaps a little less and features the transporter truck with a nice trailer, two mini-figures (the truck’s driver and an executive) and two nice convertibles which through the pictures look really very nice in terms of design.

The truck’s cab globally is the same of some many others city trucks having all the usual features such has the space for the driver’s seat, the steering wheel , the good old coffee cup, and fortunately two side doors that I personally enjoy in all vehicles. In the roof, four powerful spot lights ensure the necessary visibility when it’s dark. 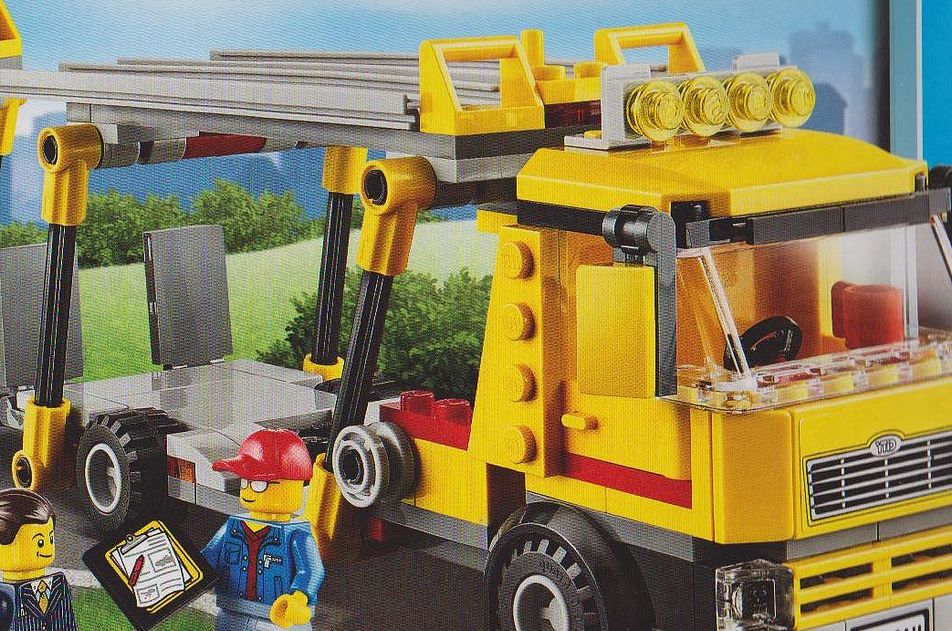 Just behind the cockpit the action begins with the two platforms to transport the vehicles. Through the available picture, they look quite simple not only in terms of building but also in terms of up and down mechanism. The structure is made with technic pieces mixed with flat bricks which allow the four stud wide vehicles to go up into the truck.

How do be convertible stuck in the truck? Well I guess that there are two options: On top we can see a small yellow piece at the middle front that stuck the vehicles to the truck and below I guess that the small ramps will also make the role of stuck them inside the platforms. On both parts, truck and trailer, the mechanism looks the same. 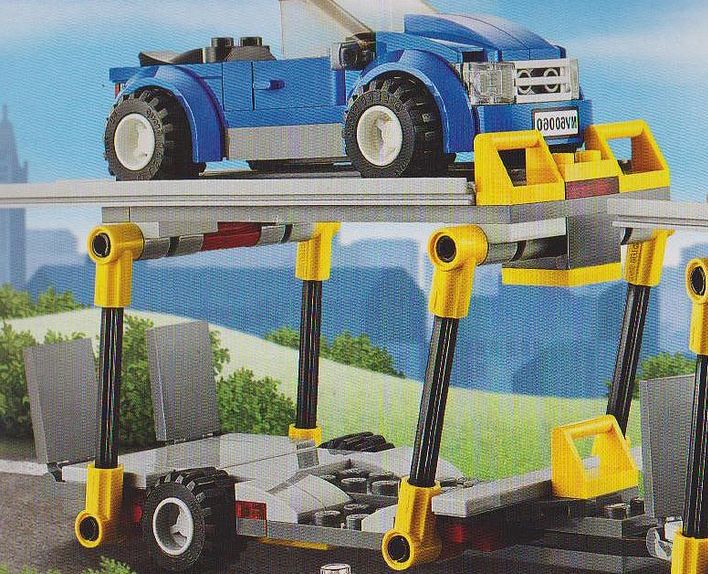 Having a look at the convertibles, I must say that they are definitely great ( I guess that they are equal in terms of design)! Being quite balanced, the front is aerodynamic with a long hood and a windshield that keeps the tendency, the cars have also a good driving seat and a couple of side doors that it’s not easy to find in the last released models.

Overall, I guess that this set will be a must have with no kind of doubts, for several reasons. It’s an unusual model, I don’t remember when the last auto transporter was released, it wasn’t in the last five or six for sure, that playability is awesome and there is the possibility of adding two extra cars. Finally for about thirty dollars this is absolutely a great addition to any town. I’m quite anxious to have a look at some additional images which I guess won’t take long to appear!