Five years have passed since the last Camper Van hit the stores and this new version looks absolutely a great update. The features aren’t very different from the previous models but in my opinion the aesthetic makes all the difference especially if we look at the vehicle’s front or even at the side Windows.

The set that is going to be available on retail will feature a really nice with camper van, a red canoe, two mini-figures (an ordinary city couple) and a few additional accessories necessary wherever there is a ride, in a total of hundred and ninety five pieces.

With lots of space in the interior, (the cabin and the back room are connected) the couple has at the front enough space for both, despite the traditional gymnastic in terms of arms position, however for a safe tripe is recommendable that the second passenger uses the second blue seat placed at the back. The cab includes the traditional steering Wheel, some good side doors and plenty of space in the dashboard for the coffee cup.

At the back, we can easily see a nice bed with some pillows and a huge flat TV in the wall, which definitely ensures all the comfort for the passengers. This part of the van as you can easily observe, is accessed through big side parts or doors that open 180 degrees in order to provide the best access to the interior. 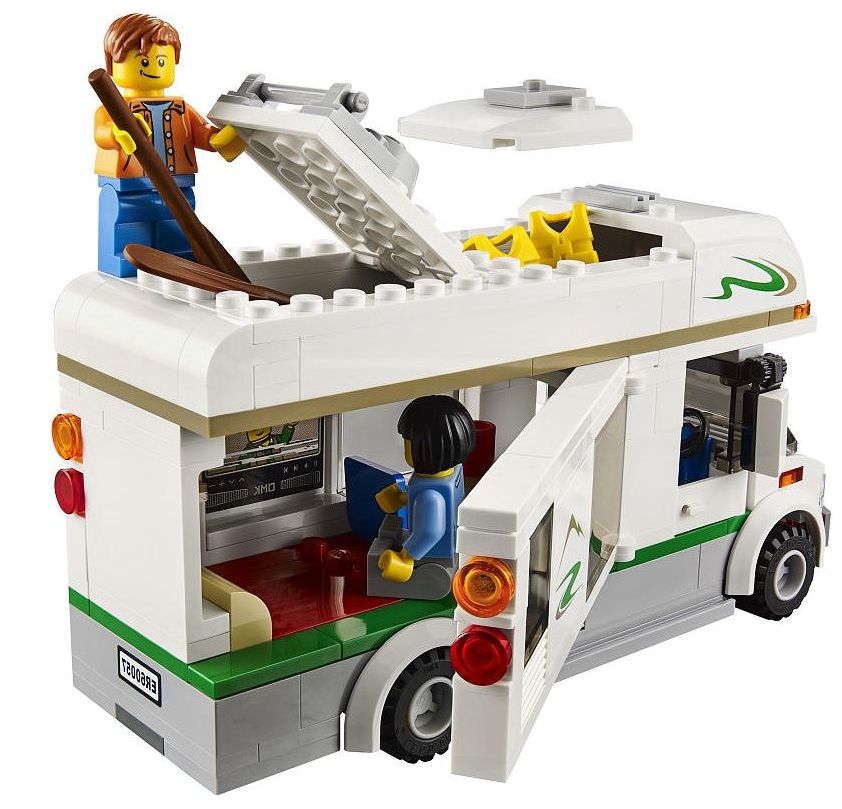 On top, the roof gives the van an extra space in terms of storage. Being three studs tall and all the van’s length, this space has two different doors and more than enough space for the canoe’s paddles and the two lifejackets. This additional feature surely gives the van a more realistic look!

Having a look at the canoe, there isn’t really much to say about it with the exception that is a single brick, it carries perfectly the two figures and when on travel, it is stored on the top of the roof in its own supports. 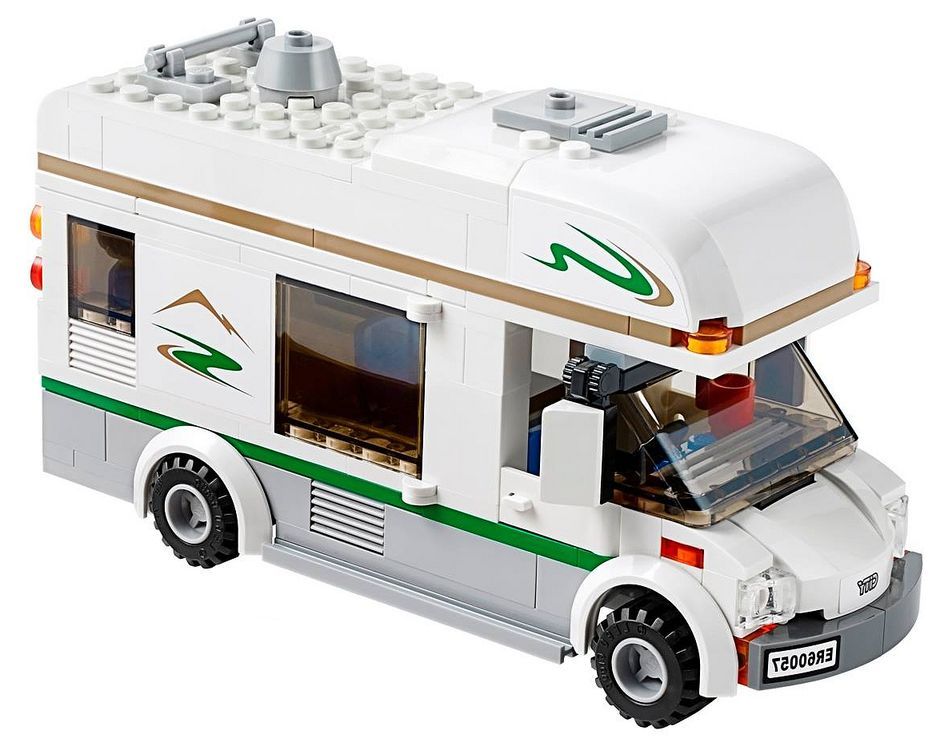 Overall, this seems another great city vehicle. With a lot of stuff to play with, and a nice aesthetic, it is absolutely a truly successor of the previous models. Just like a few more new city sets, it will retail around the twenty dollars. Enjoy the pictures at the gallery!