I can’t wait to see this set on my local stores! As you’ve probably noticed I love city trains and this one will absolutely make part of my collection as soon as possible! This new cargo train is a huge set with almost nine hundred pieces and brings as you can see through the set box pictures a bunch of great stuff to play with!

The extensive list includes: a blue powered locomotive, three new carriages (despite their beauty, I think that they’re a bit simpler than the ones of the 7939 model), a different kind of truck, smaller than the usual but with the ability of transporting all the goods, a big crane that this time gladly includes a small building, a forklift, several city accessories such as a wheelbarrow, a garbage can or even a small load car, thirty (!!) rail tracks of different types and finally four mini-figures , some of them with new suits. 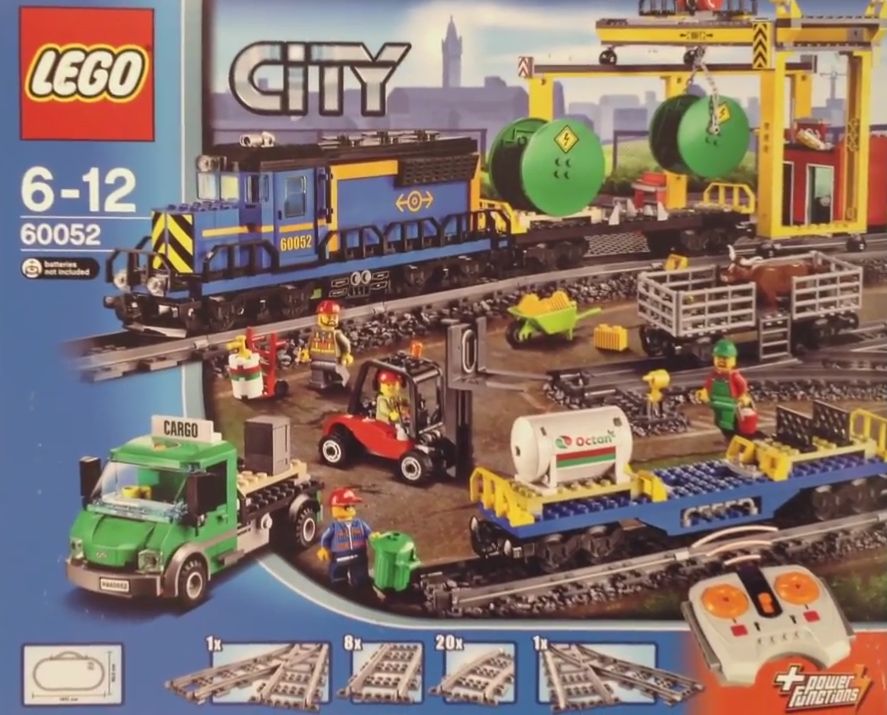 The masterpiece of this set is obviously the train that, just like some previous models, includes a new locomotive and three carriages from which a couple seem quite similar in terms of structure. Starting by these, they use the usual base from older models (remember the carriage with the smarts?) which this time are perfect to transport pallets with different types of goods. 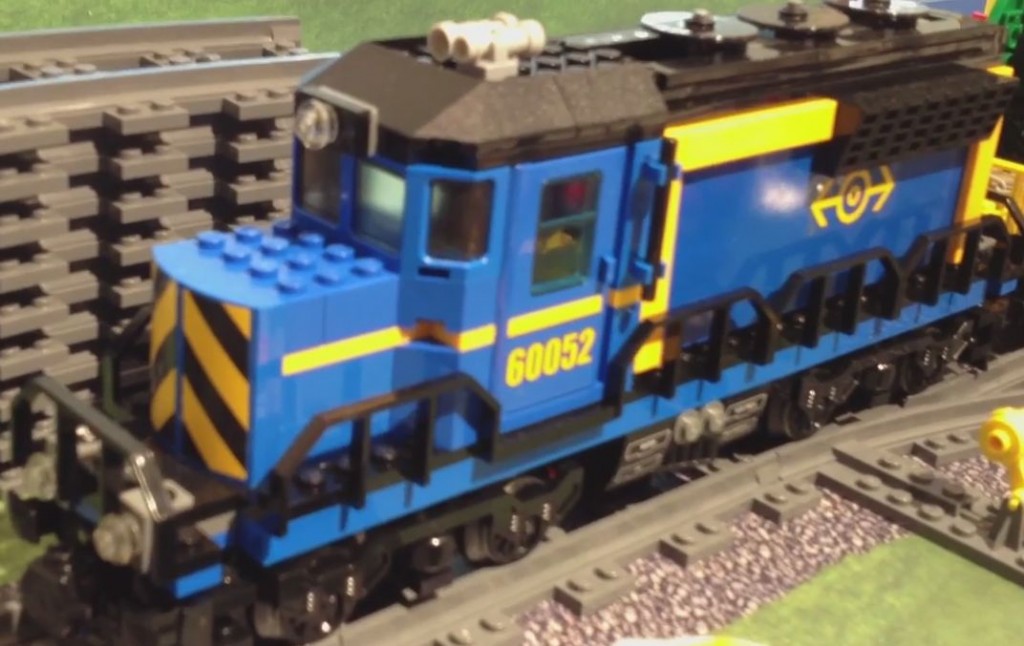 The new Locomotive is predominantly blue and makes remember the Maersk Train (10219. With some really nice details it has, as expected in these models, straight lines all around and a really nice cabin at the front. With a powerful spot light and a big horn on top, the driver can easily enter in the machine through a couple of big side doors and for its safety, there are small black bars all around the train.

Behind the cabin, there is the traditional big compartment for the power functions, namely the batteries and the IR controls. Inside there won’t space for more but I’ll surely hope that will remain some for the additional front lights cables that I want to install (normally using the 8870 power lights). 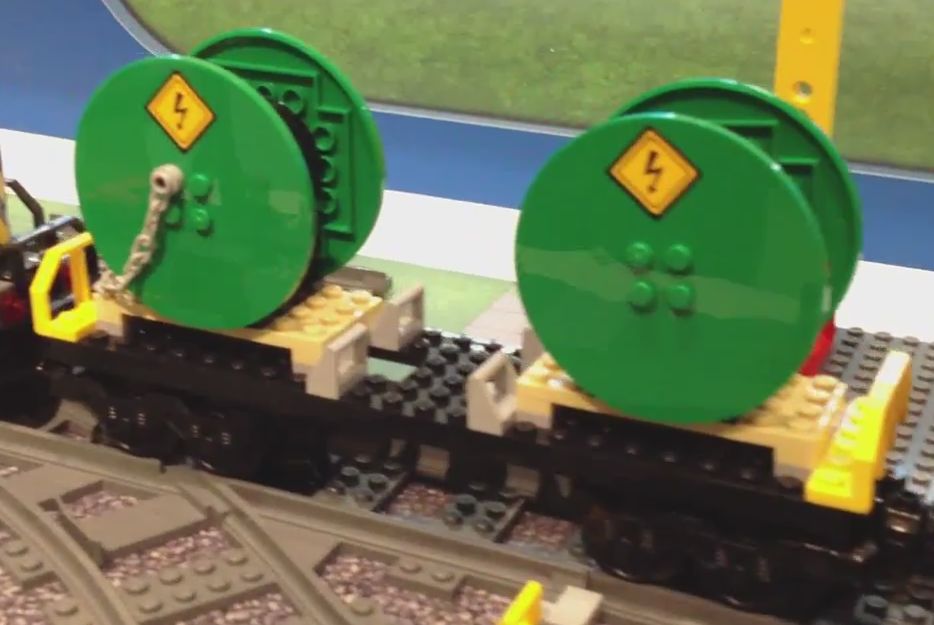 The engine compartment is built with a few blue straight pieces mixed with yellow bars and some black grids on top which gives it a pretty nice look. In terms of power functions, I’m quite curious about where will be placed the traditional on /off switch, and just like in the 7939 model, I bet that it will be one of the three circle bricks placed in top. 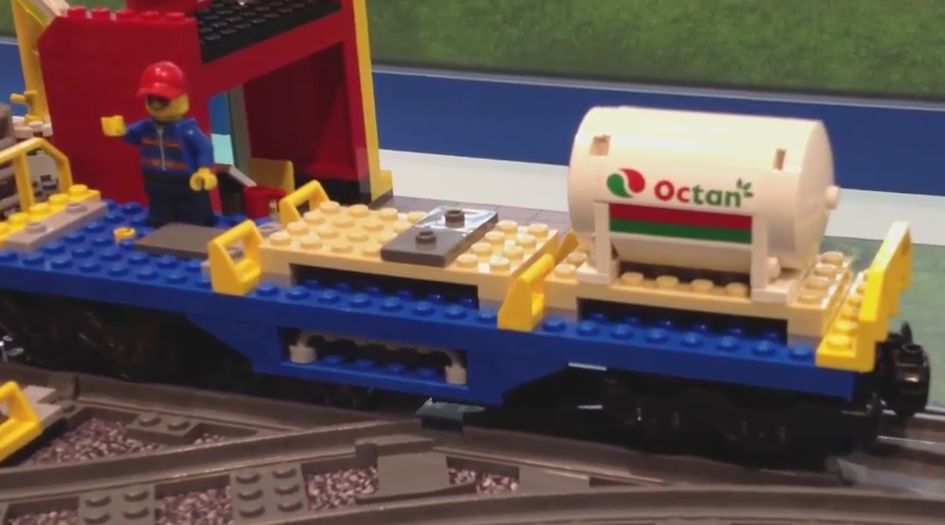 Looking at the carriages, one of them is smaller than the others but at the same time is the more unusual. And I’m talking about the animal’s carriage, which using a smaller platform presents some fences all around its structure and space enough to carry a big ox (what a pity that there aren’t more animals but I guess that it won’t be hard to add some more…), some food for it and perhaps a few more accessories such as the small wheelbarrow. 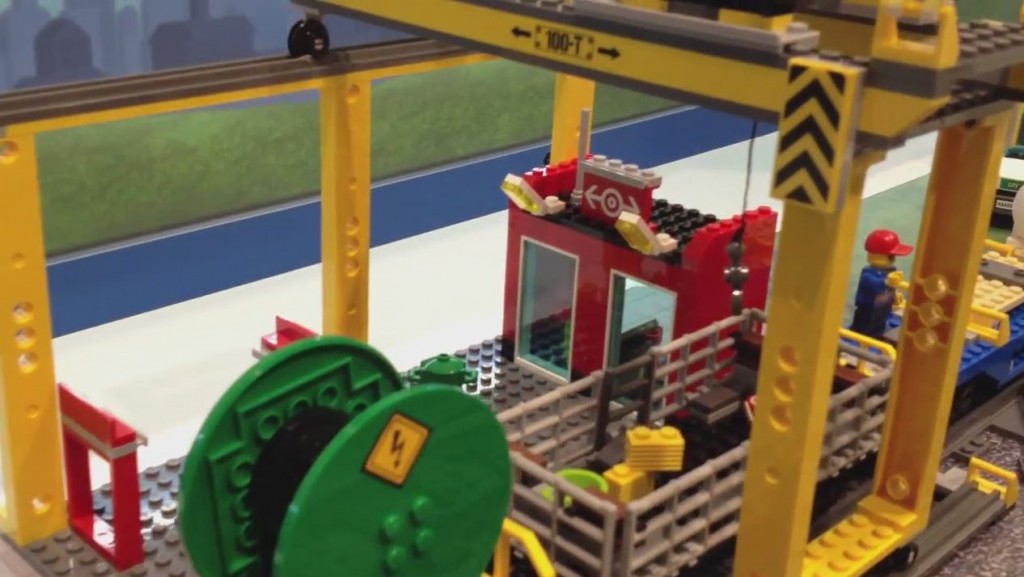 The other two share the same type of base plate and basically are able to transport the same type of cargo: pallets with different types of goods. Each one can carry a couple of them with the following cargos: a couple of big cable roll (a really interesting idea), a small Octan fuel cylinder or a couple of black bars, perhaps to hold better the animals’ food.

The cargo truck looks quite nice, however having a close look, it looks more like a van that with a truck. The cab is quite similar for instance to the actual tow truck, with a nice hood and a cab with side doors, big black rear mirrors, a traditional steering wheel and plenty of space for the drivers. Just behind it, a flat trunk is prepared with single stud bricks to carry a pallet with all the sturdiness and balance that the travels need. On the top of the roof a nice Cargo Plate indicates that we’re in presence of a cargo vehicle. 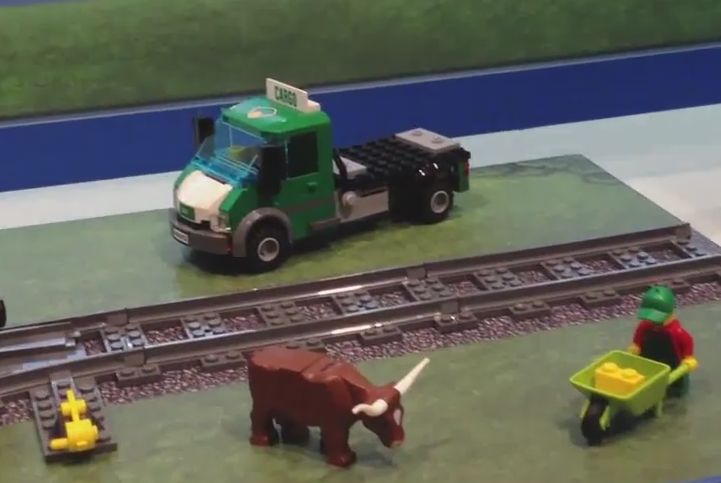 The red forklift is the smallest vehicle of the set but has space for the driver’s safety structure and the tipper bars that will easily carry with the pallets’ weight. Finally there is time for the big yellow crane structure. With a small red cabin, with space perhaps for a seat and a some handlers, the big winch is mostly built with long yellow bricks similar to those that were used for instance in the city park garage (4207). The structure reserves space for the rail tracks and once the train is stopped the winch is moved though a couple of gutters in order to load or unload the carriages and put them in the truck (this part is easily controlled with a knob placed on top). Thinking in other sets, I think that the 7939 truck will definitely give a precious help in this task. 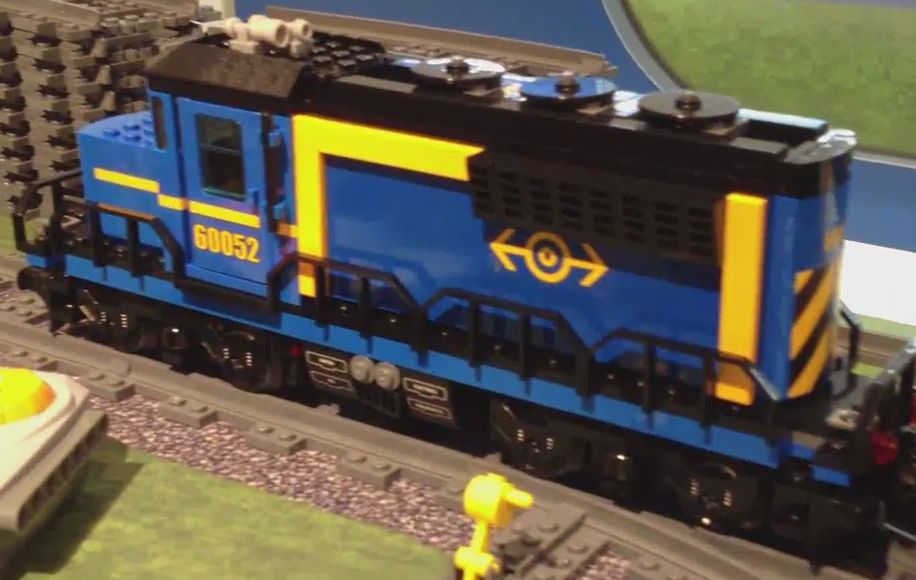 Overall this is a must. The playability is endless and all the parts are absolutely amazing. It’s a pity that there is only one animal and two of the three carriages are extremely similar in terms of structure. If we think about the price, you’d better prepare your wallet: hundred and eighty dollars is what it will cost, which is a price in line with all the previous models: the power functions have its price and I think that normally the train sets are always a bit overpriced when compared with other city models. Enjoy the pictures!