My wallet will certainly go to lower levels with the next wave of train sets. The new High Speed Passenger train will hit stores next summer and looking at the first images it seems a truly successor of the 2010 model, being a mix between this model and the more aerodynamic Creator Horizon Express (10233).

The set features besides the beautiful white train, a small station with a web map, three nice mini-figures ( the driver, a passenger and a boy with a bicycle), a new and always useful level crossing that include a couple of level crossing signs, twenty four rail tracks and of course all the usual power function tools. 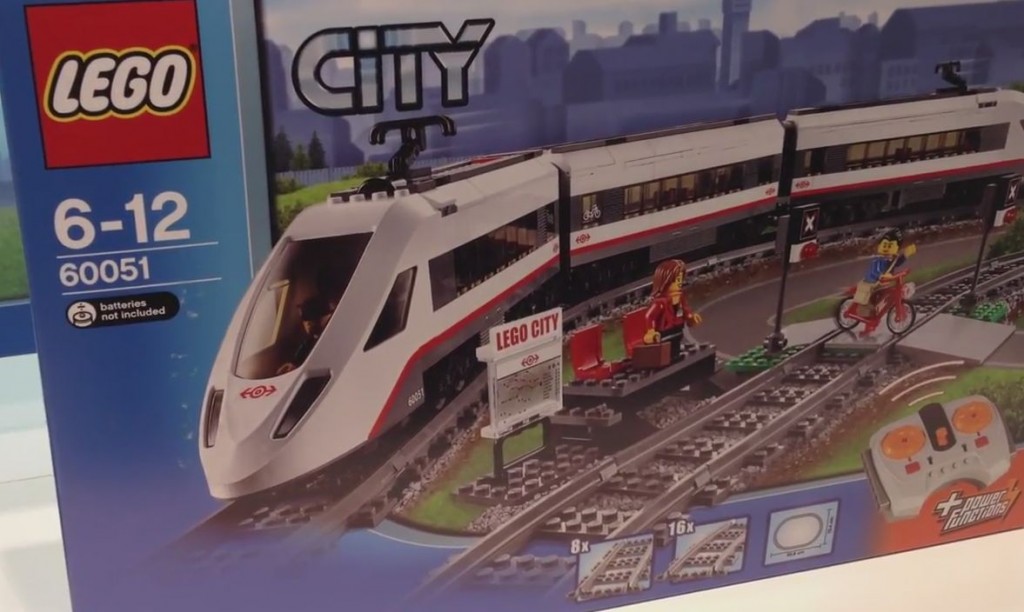 Compared with the 7938 model, which was certainly a best seller, I would say this new model is even more similar to a real train. Don’t get me wrong, but the other one, especially on the edges, seemed more like a city electric vehicle than real passengers train. The new model definitely ends with that comparison, this is a train with no arguing.

This new rocket has, just the other model, three carriages being the engine placed at the front unit. The aesthetic is awesome most of all thanks to its edges which use a couple of long, unique and aerodynamic brick that includes a new windshield and new circulation lights. At this point one important doubt crossed my mind: will the front light power mechanism be the same of previous models? Will the structure, especially below the cabin, have enough space to support an additional cable? I surely hope so… 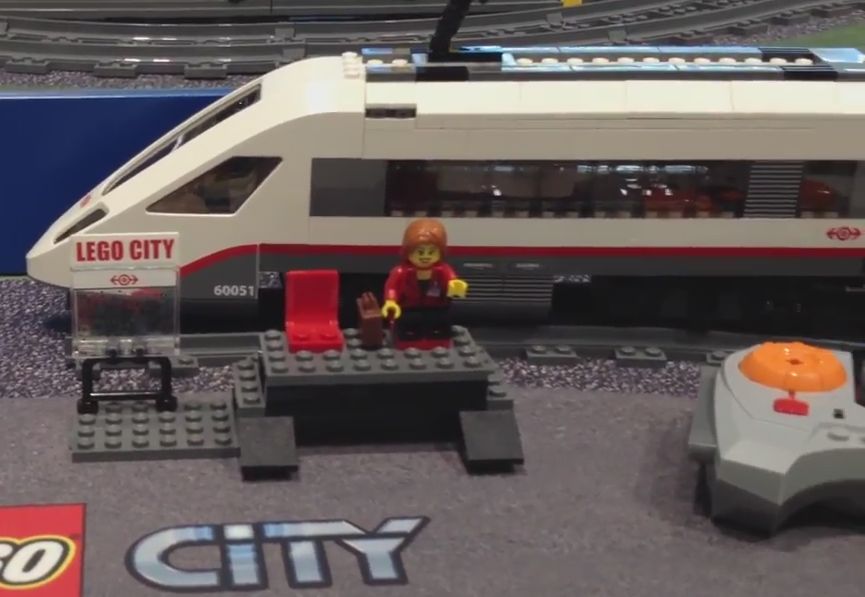 Having a look at the train’s cabin, it seems that this time there’s front door. There is only a big and unique brick that will simply attach and detach. Is it better or worse? Well, I think that most of all, it becomes more real. Behind the cabin there is space for the usual power function tools, namely the batteries and the IR module. 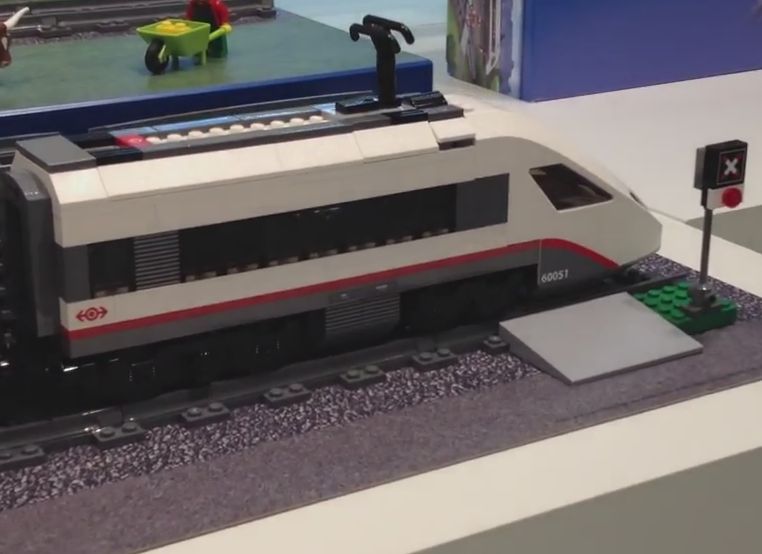 In the middle carriage there will be certainly, at least, four seats for the passengers but just like in the red model, easily you can seat a couple more of mini-figures. Will we have an extra surprise inside this carriage? We’ll find out when more official pictures fall in the internet. The third carriage as you know joins the shapes of the front one with all the features of the second which gives us a few more extra seats for the passengers.

Continuing, there are also some really nice details that I haven’t mentioned yet: the windows are clearly smaller than the ones of the previous model and the roof in all carriages is easily removable for passengers to enter and leave the train or in the case of the engine’s compartment, for a better access to all the power functions functionalities.

Overall, it’s simply awesome! The new high speed (the high speed refers only to the aesthetic because the real speed is the same of the others…) passenger is really very beautiful and keeps all the amazing features of the Lego power trains, being a truly successor of the 7938 model. Even the price follows the same tendency: expensive! But I think that it worth it: around hundred and twenty dollars is what it will cost! Enjoy the first pictures