The new train station is another summer set that I won’t miss for sure. Some opinions that I’ve read before indicated a few disappointment feelings but my first impressions go, luckily in other directions. For those who expected a more conventional building, like the older 7997, I might understand their thoughts, but as a modern railway station, I think that this set is definitely pretty nice, with a great color scheme and a bunch of really nice details.

With exactly four hundred and twenty three pieces, the set features the building with a few iron columns on the edges and a big roof in the middle, four railway tracks, a yellow taxi, a blue bicycle, a few city accessories and five mini-figures : the taxi driver, the station chief, a cooker and two passengers. 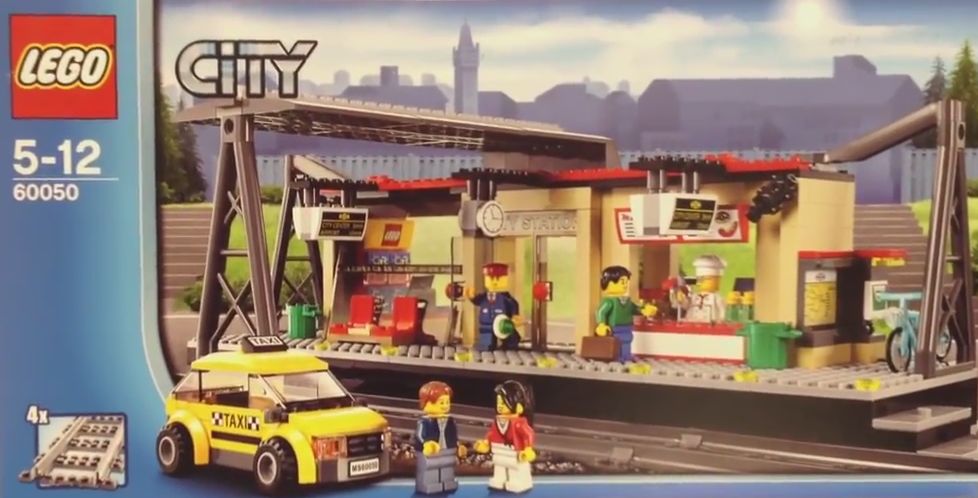 Having a look at the station, the platform looks quite long with the exact height for the passengers when it’s time of getting in or out of the train. There are also eight yellow warning marks for the passengers when they’re on the edge of the platform. Outside the building, we can also see some really nice details such as the surveillance camera, the couple of monitors with the train’s arrival information, the railway map, the couple of garbage can, the two red seats or even the big watch. These are all features the makes this station a really nice set.

But the fun has just begun! The station has a big roof with the appropriate space for the high speed trains not only in width but most of all in height. The electric contacts of the trains have no problem of being raised because there is no kind of height problems when they arrive to the station. The large roof definitely provides the station a completely different aesthetic, giving it a look that approaches it of a modern station (despite the enormous differences in terms of size, of course…). 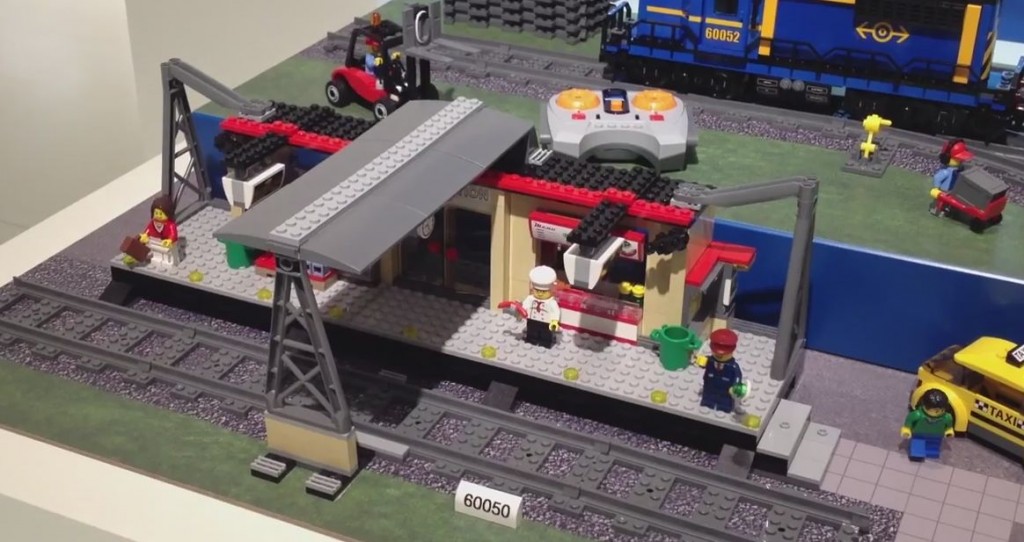 Looking at the building, it is possible to see three distinct areas: at the right a nice fast-food stand with a big board with the menu and some nice sandwiches and hamburgers. Unfortunately, its interior is not very clear but certainly it will have a few drinks as well as a small cash dispenser. In the middle, the large glass doors indicate the entrance to the station and at its left there is what it seems a sort of Lego convenience store with a big glass surface and a couple of game machines among other things.

The five mini-figures look rather nice with new suits, I especially enjoy the cooker, and finally just like in the 2010 train station we have a cab. And just like four years ago the station was presented with a yellow taxi, much similar to the older model. Why such an equal model? There are dozens of small cars and “hundreds” of color shades, why did they adopt the same model? 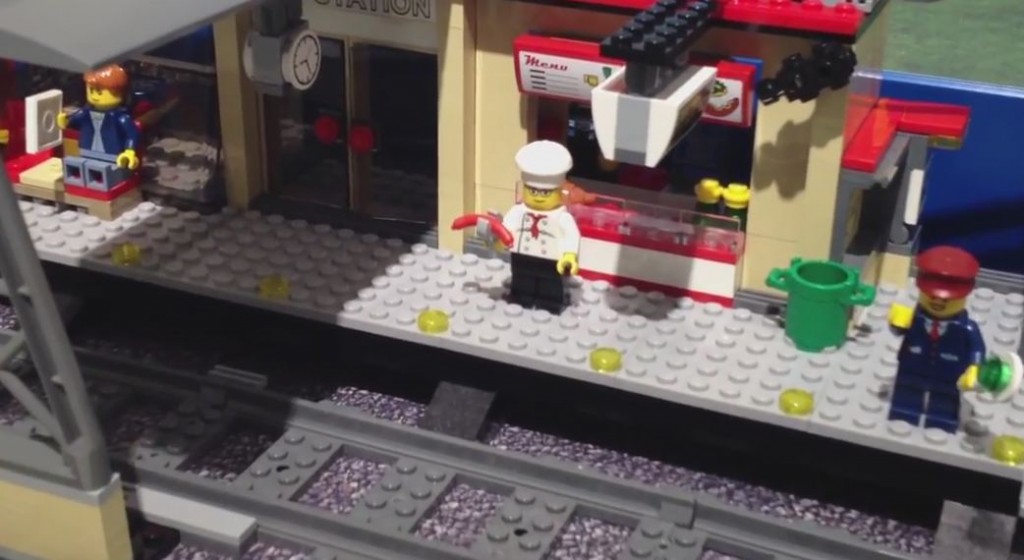 For those who don’t have much city sets, it’s easy to see through the pictures that is a real basic car with no side doors, a long roof and inside the cockpit there is space for two guys. Despite all the disappointment, I must say the black plate on the top of the roof is new and is a major point in such an average vehicle.

Globally, it’s a set that I won’t miss for sure. The station is definitely very pretty with a great aesthetic and many interesting details especially in the outside. The taxi as you noticed is not my favorite element, but it is just a minor detail among such beauty. The mini-figures came in reasonable number for a set of this size and the most probable fifty dollars that it will cost worth every centime! Enjoy the pictures!