Another version of one of the most known Police sets is about to hit the stores. The Prisoner Transporter has almost two hundred pieces and brings perhaps the best high security van (or not…) for robbers’ transportation, a nice red ATV and three mini-figures: a police officer, a thief and its partner!

I definitely like the van’s look, it’s quite sturdy giving the impression that can collide with a train with damaging anything. The engine looks rather big if we attempt to the hood’s height and the small windshield with little glasses gives us the impression that we’re in presence of a top security vehicle with all the safety procedures.

The driver has enough space inside the cockpit (it is possible to see a steering wheel and the yellow seat) but on the other hand is visibility looks quite low not only because he doesn’t have any kind of rear mirrors but also as I mentioned before, the windshield is absolutely smaller than the usual. 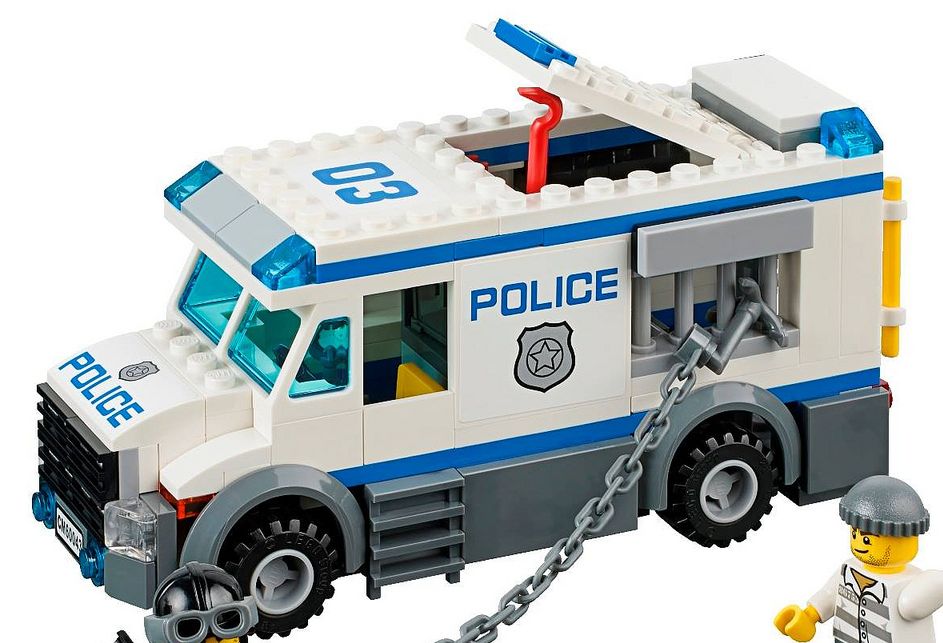 The fun begins and the all the security measures are broken when we look at the back of the vehicle. At the left side it is placed, with playability purposes of course, an unsafe grid that can be easily pulled by the ATV with a big chain. The little thief can then easily exit through it and the confusion reaches the top.

Continuing with some additional details, the roof has a small door which is understandable because it’s an additional way of reaching the interior, there are blue emergency lights everywhere and at the back is perhaps the only thing that I don’t like: the back door, if we look to the set box, seem a cell door completely filled with bars. I definitely preferred the older versions that had a more solid and opaque entrance! 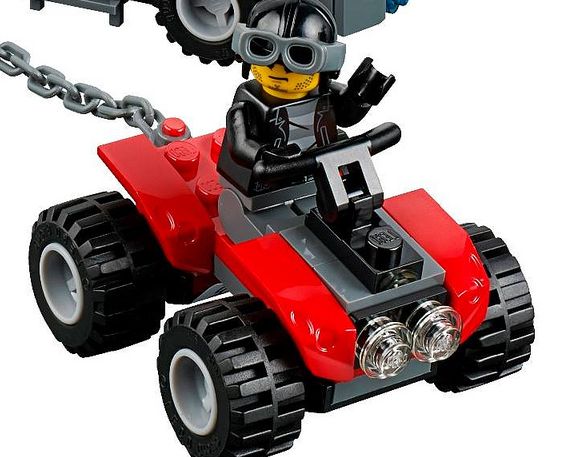 Finally the ATV is a usual vehicle, common in most theme sets but gladly, is this one, there are a couple of details that are new, namely the new handlers and the small front lights. The mini-figures aren’t bad at all especially the ATV driver that wearing a blue suite brings also some nice piloting glasses.

If you don’t have a Police Transporter don’t miss this chance (you’ll have plenty of time to buy it). It’s slightly more expensive than some previous version (it will retail around the twenty dollars), but will bring an additional vehicle and three mini-figures. And most of all is absolutely the best Prisoner Transporter of all times!