Here is the new 5,99 Police City set, the Crook Pursuit, and just as some the new 2014 police sets it looks more of the same, but at least it brings two mini-figures, a police officer and a robber. With only thirty eight pieces, besides the motorcycle and the mini-figs, it also features a small wall with a grid in the middle.

However being similar doesn’t mean that it’s not good and for such a short amount this is definitely a good set for those who want to add an extra bike to the city or even a couple of additional mini-figures.

The new bike globally uses the same structure of so many others, including the front lights and the tiny wheels. However at the back there’s a horizontal lock for the handcuffs and just behind it, a big antenna with a blue light on top replaces the usual piece that is also commonly used in handlers. 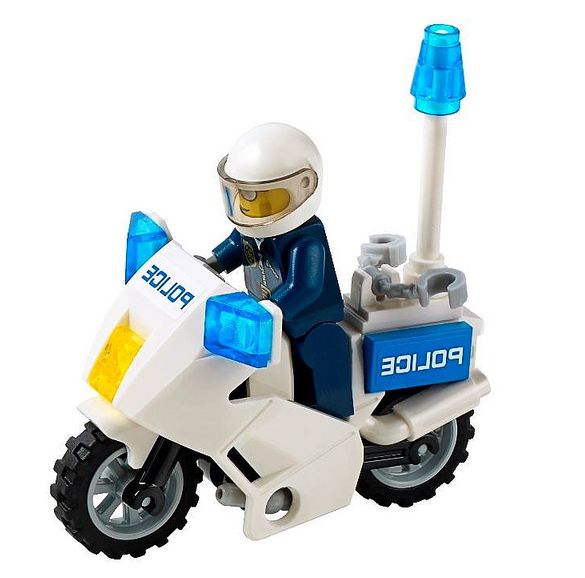 Having a look at the mini-figs the only differences that I note towards some many other similar guys is the police suit that has a different blue shade. The wall honestly is only there to create a sort of set scenario because in terms of cities’ added value or playability it’s almost reduced to zero.

Overall if you find and need an extra bike or figures, don’t think twice because it’s absolutely a nice deal for such a small price. Enjoy some additional pictures: