The platform is accessed through a small black ladder and inside the three explorers have at their disposal a couple of nice features such as a red microscope, a few flat screens and of course a couple of red cups possible with hot drinks. Just at front of this mobile laboratory, it is also possible to find a communication satellite and an additional compartment to store the brown tool box. 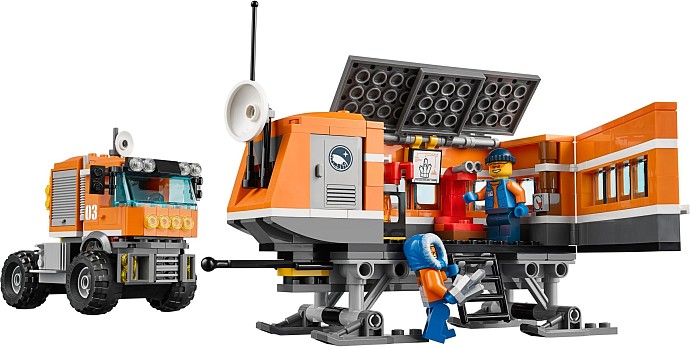 Having a look at the truck, at the first glance I would say that it looks a bit ugly but has perhaps the biggest quantity of features that I’ve seen on such a small vehicle in the last times. The chassis is fully raised thanks to its big wheels, which put the cab in a superior angle, taller than the usual. At the front there are spotlights everywhere, in addition to the usual traffic lights and inside the cab it is possible to find the usual: space for two guys and a blue steering wheel.

Behind the cab, there is more space to store some tools and best of all a really nice yellow winch that rotates all around and grabs in perfection the blue ice rock. Next to it there is the exact space to transport the rock when it’s time to change place. 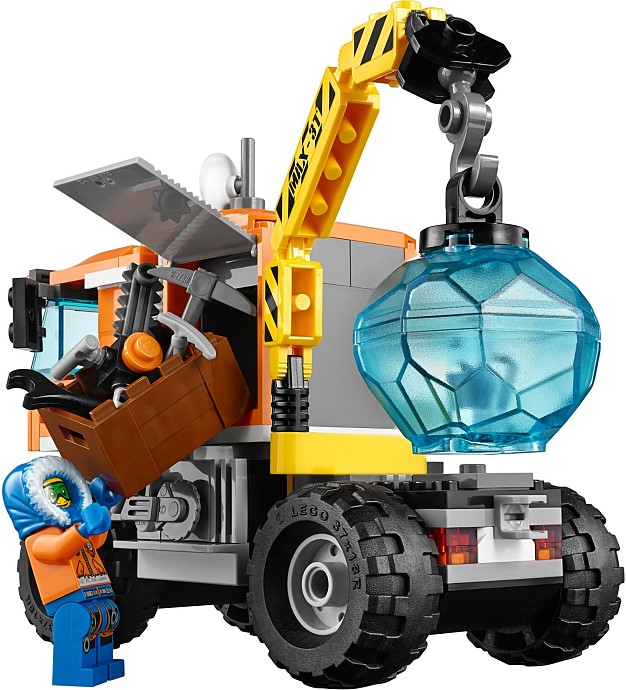 Finally, the ATV is an usual model, this time built mostly with orange bricks and the three explorer figures look really great, not only because they’re a bit unusual but, most of all, because of its blue hoody which looks pretty nice in my opinion. With a retail price around the fifty dollars it’s already available on stores! Enjoy the gallery: