The rubber crawlers have three axes each and, at the first glance, they seem different from the usual, especially because of the several wrinkles that exist all around. Behind the cab there is a small compartment with the exact space for the ice rock and the yellow winch. This is perhaps the best part because with only six small pieces the set’s playability is definitely increased.

The winch can assume several positions, thanks to the multiple arms, and easily turn around the 360 degrees, grabbing and holding the rock with extreme ease. The driver, just like all the rest of the theme’s figures, is extremely accurate with printings everywhere, glasses in the face and an extraordinary snow hood. 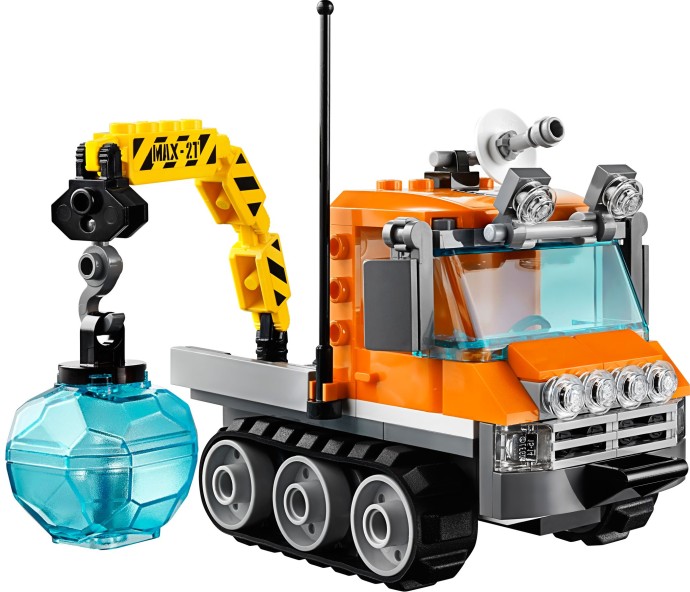 Overall, it’s seems a great opportunity to have an arctic representative set without spending much money. The twelve bucks are in line with the rest of the line and are definitely a fair amount for such a nice vehicle. Have a look at some additional pictures: