On both sides there is a clip to hold some accessories and just below them the rear bike’s support is nothing more than a black round brick with no studs to slide better on snow. Attached with a small chain, the trailer couldn’t be simpler. Only five bricks are needed for this element that is necessary to transport the big blue icy rock. 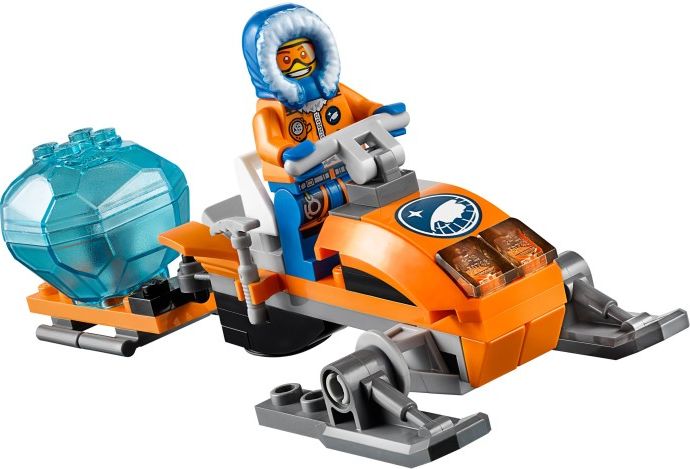 Five or six dollars is what it costs and it’s definitely a good reason the get this always interesting snowmobile and most of all the extremely accurate mini-figure that brings a really nice blue and orange suite with a big hoody. Have a look at the gallery!