The new Grand Prix Truck looks tremendous in terms of playability! Who is the fan that doesn’t like a grand prix car and its transport truck? After a few years without any kind of racing sets, the 2013’ second wave of city sets will brings us the new green Octan Truck and with it a powerful racing car.

This new set has exactly three hundred and fifteen pieces and has as said before a huge truck (by the pictures we can see that it is not as big as other city trucks), a f1 (sort of…) racing car, three mini-figures (which probably are the pilot and two mechanics) and a bunch of tools or accessories for the mechanics, including a nice stop sign for the pit stops. 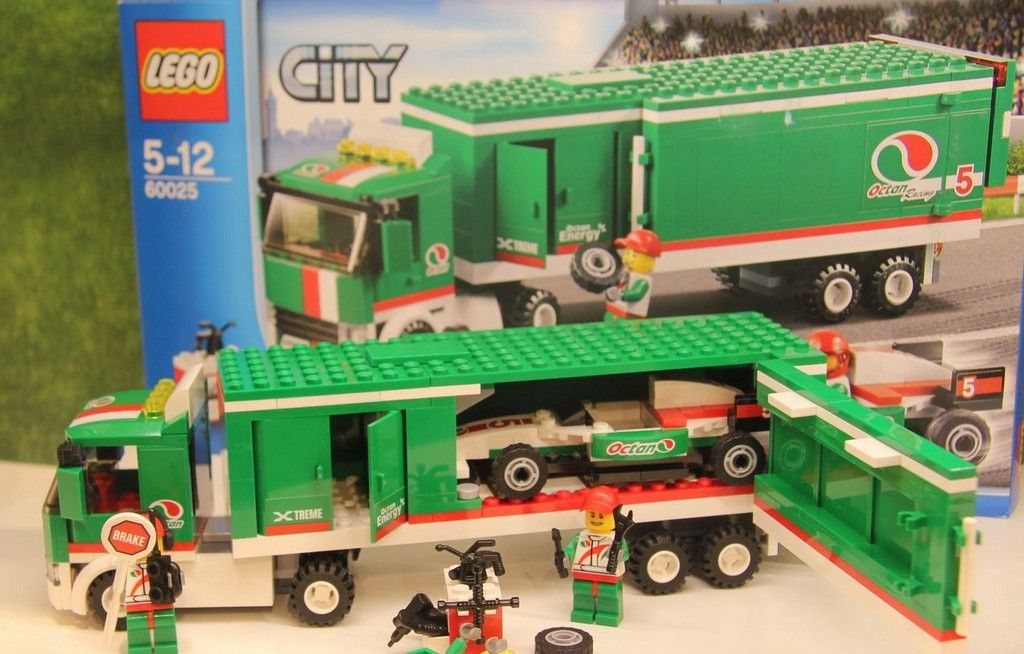 The truck at the front isn’t big, far away from that. The cab is regular as has the usual stuff such as the seat for the driver, the steering wheel and a couple of side doors which together with the removable roof increase the playability and access to the interior. The back part of the chassis is rather short and has only the necessary space for the attaching mechanism of the trailer.

At the back, the fun begins! The long trailer built mostly with big green pieces, which is not so interesting in terms of building, has space for a couple of separate sections. At the front, there is a huge compartment, accessible through a side door, with space for all the mechanics’ accessories that includes a small rack and the spare wheels of the racing car. 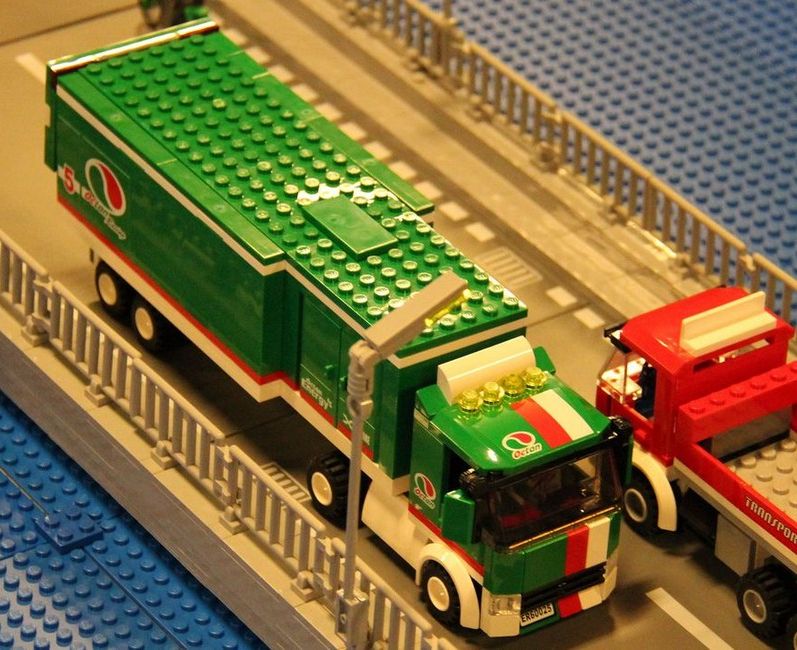 Now, it comes the best part and, after all, the big purpose of this truck, the racing car transport. At the back, there is a long compartment with the appropriate dimension, safety and balance not only to carry the racing car but also to provide the best access to its interior and give some great hours of fun.

At the back, the door is also a perfect ramp for the car and as you can see through the pictures the left side of the trailer opens widely which gives a total control of the inside features! A final note about the trailer, it is a big larger than usual, being eight studs wide in the parts that have the big side doors.

Finally, there is the racing car. More than its size or even its color combination, I think that it is most of all pretty accurate in terms of design. Ok, the driving position isn’t the best in terms of aerodynamics but I guess that lowering the seat would be asking too much! Besides those details the back aileron and the long nose at the front are especially accurate! 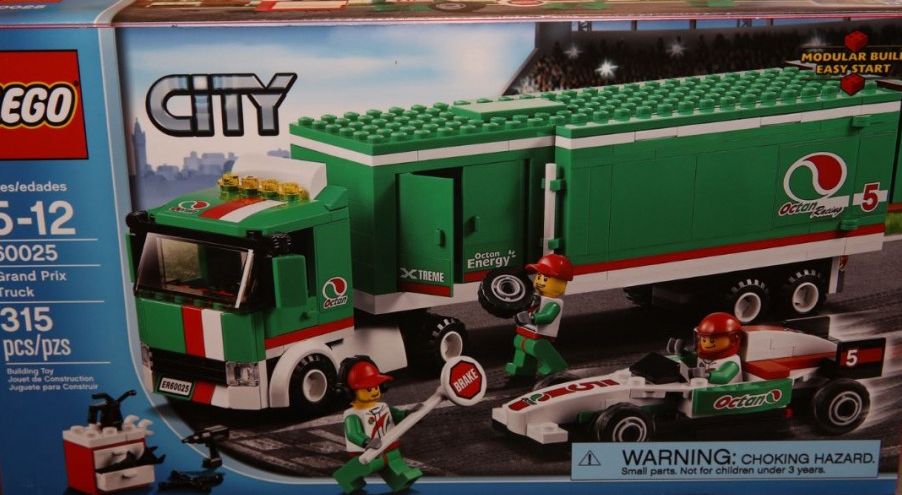 Thirty dollars look an excellent price for a huge racing set with plenty of playability, a reasonable number of interesting features and most of all an excellent racing car. Release date: next summer, perhaps in August!