The Starter Set is another city set that will be on stores next summer and with it a great concept for those who know are now getting in touch with the city sets or even with Lego, or for those that in a generic way want to add some new city vehicles of different sub themes without having to spend much money.

This set has two hundred and seventy two pieces, five (!!) mini-figures (which are a fireman, a paramedic, a police officer, a kid with a little skate and a robber), and three vehicles: a small ambulance, a fire emergency vehicles (these two vehicles look twins…) and an ordinary police motorbike. 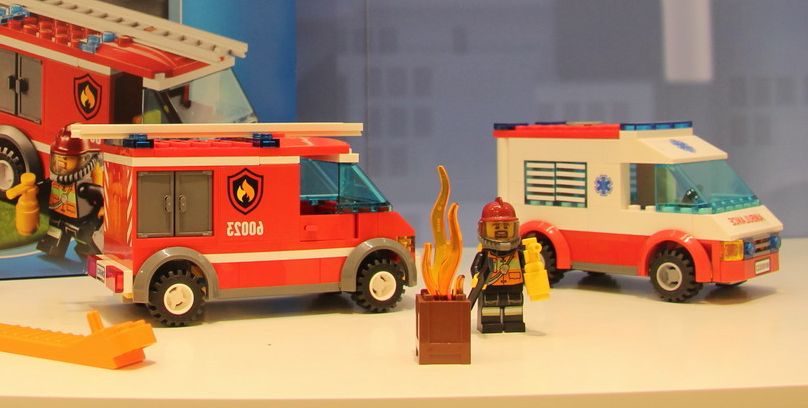 As you can see through the set box, three playable scenarios are here represented: the fireman that was called to extinguish a small fire in a garbage can, a police that chases the robber and finally the kid that fell from the skate and needs medical help from the paramedic. This is surely a bunch of playability in such a small set. 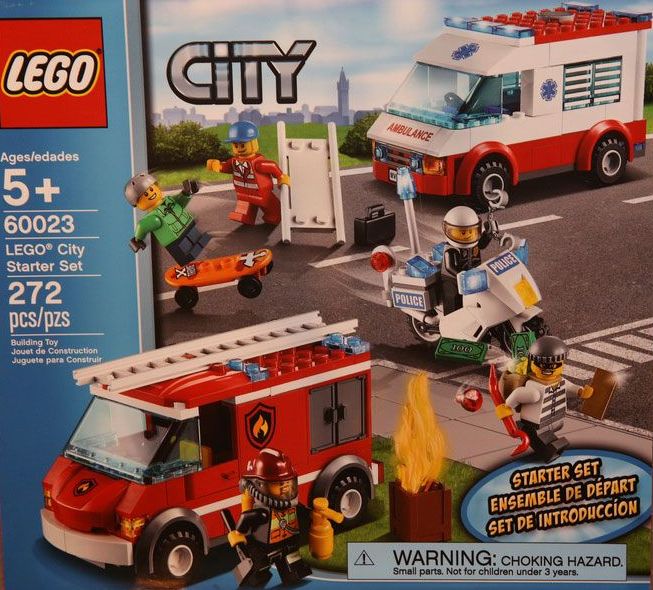 I know that many of you are thinking that it doesn’t bring anything particularly new or that Lego abuses on releasing many fire or police sets and vehicles, but please think that there are always new Lego fans appearing that don’t have the possibility of buying many different sets at the same time and as I said before, there are always those who want to expand their own towns.

Talking about the vehicles, they look interesting but quite simple. With a similar structure and length (the fire vehicles has a longer distance between the wheel axes), they also have the same cabin with the major difference that that fire car has a couple of side doors instead of the bricks of the ambulance. 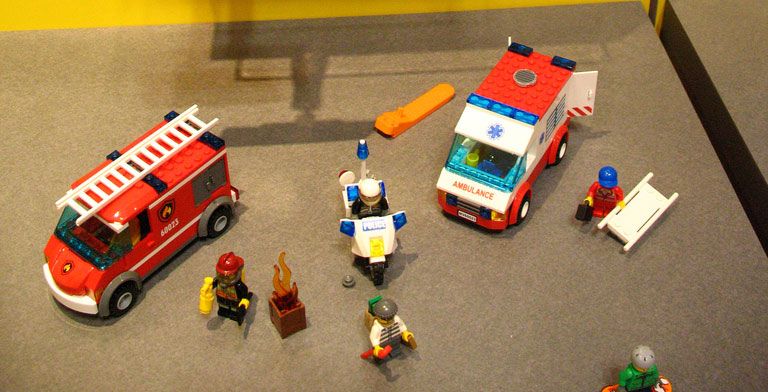 Behind the cab, the ambulance has space for the litter and of course to transport the skate’s boy. The roof is red which gives the vehicle a nice color contrast. On the other hand, the fire vehicle has a small compartment to store a few fireman tools such as an extinguisher to stop the fire in the garbage can. 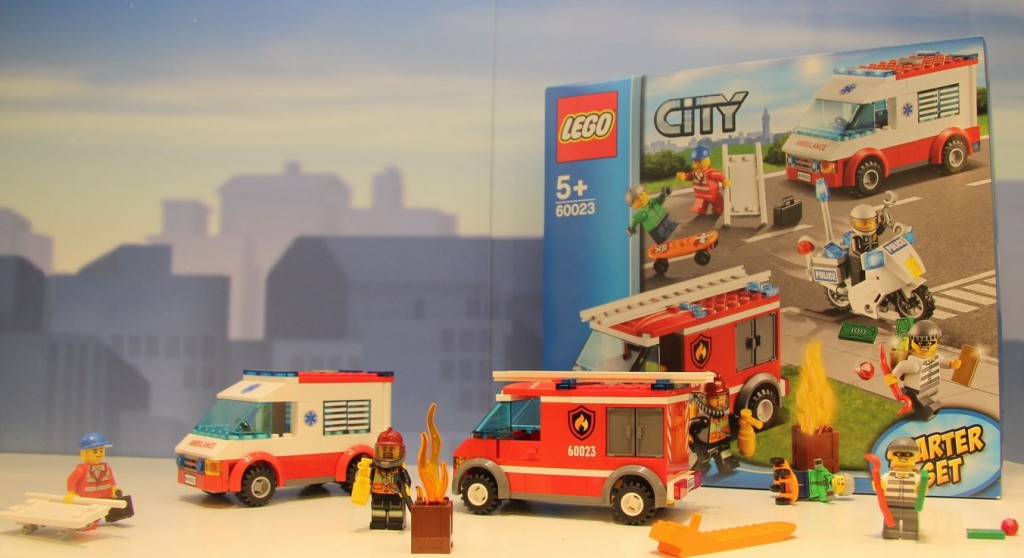 Having a look at the police, there is absolutely nothing new, not even the accessories, with the exception of the big antenna at the back of the motorcycle. This one is exactly the same that has been used since a few years ago, the robber and the police man are mostly seen in other police sets and even the money, the jewels and the crowbar are exactly the same that are present in some of the 2013’ first wave of city sets.

Globally, it is most of all an usual set with vehicles and figures from three different sub-themes and the probable thirty dollars that will cost look a fair price for all that it offers.